Eromosele Abiodun writes that the increased activity at the Eastern Ports is as a result of Nigerian Ports Authority’s new investment in dredging, port equipment and the 10 per cent discount on harbour dues in all concession terminals

Like many sectors of the Nigerian economy, the maritime sector had its share of the many challenges that hit the economy. But with clever policy direction things turned out differently for sections that had hitherto remained moribund for years.

A case in point is the eastern port. With the Apapa ports clearly congested and traffic gridlock forcing transporters to stay on the road for days, the Managing Director of the Nigerian Ports Authority (NPA) came up with an idea that will attract vessels to eastern ports. As part of efforts to increase patronage at the eastern ports, and decongest Apapa port, the NPA approved a 10 per cent discount on harbour dues in all concession terminals early last year.

The NPA had, as part of the effort to attract vessels to the eastern ports, commenced the dredging of Warri port at the cost of $44.861million (N16.150 billion).
The dredging has since been completed and vessels have started calling at the port.
A Warri-based Customs broker and former National Financial Secretary of the Association of Nigeria Licensed Customs Agents (ANLCA), Val Orhobabhor, told THISDAY recently that the dredging project had been completed.
Aware of the perennial gridlock in Apapa as a result of the activity at the Lagos port, the NPA had recently announced that it was working with professionals in the maritime sector to make the eastern ports attractive for business.

The previous year, the NPA deployed equipment worth over $30 million in Onne Port, Rivers State.
The measure, which was taken by the Managing Director of the NPA, Hadiza Bala-Usman, was to boost efficiency, security and make the port attractive for business.
Onne Port Complex as one of the key ports under the NPA also got several equipment to boost activity at the port. It is situated on the Bonny River Estuary along Ogu Creek. It was also gathered that six pilot cutters, tug boats and 17-meter offshore patrol boats, have been deployed in the port to make the port attractive and stem the cycle of criminalities within and around the port.

When containership services to Calabar was halted many years ago, the port landscape was awash with protests from shippers and other stakeholders. Terminal operators at port had complained that the halting of containerised cargo operations had caused a lull in their landside activities.
The port operators insisted that the situation hindered the attainment of their financial projections and rendered their huge investments in acquisition and maintenance of container handling equipment unprofitable.
It was at the wake of this that Bala-Usman, at a meeting with stakeholders in Lagos, encouraged shippers and shipping operators to consider using the eastern ports to ease the intense pressure being faced by the Lagos Ports.

Spanish Company Steps In
A Spain-based shipping company, Marguisa Shipping Line decided to take the NPA MD’s suggestion on the use of the eastern ports. The shipping company approached ECM Terminals, Calabar Port Management and the Calabar shipping community for discussions on the commencement of containership service to Calabar.
Top on Marguisa’s list of requirements for the commence of this service were assurance of quick turnaround from relevant agencies, stakeholders’ assurance of cargo availability for their incoming and outgoing trips from Calabar, some level of rebate on NPA charges to compensate for the shallow draft of the channel, among others.

It was based on the feedback received from Calabar Port management and their direct interactions with Marguisa, that the MD and executive management of NPA approved the highly celebrated 10 per cent rebate on ship charges for all containerships that decides to use the eastern ports.
Although some maritime experts had expressed their belief that Calabar Port should have been granted more than the 10 per cent rebate due to its disadvantaged situation, others have described the gesture by NPA management as a good start that will set the port on the course to operational vibrancy.

While the clamour of the capital dredging of Calabar Port channel continues to resonate across the nation, observers have noted that there seems to be an emerging niche for Calabar in the flat-bottom ship market. Flat-bottom vessels that can sail through the port’s windy channel without raising concerns about the shallow draft have become the newest bride of Calabar Port.
Taking a retrospective look at this development, one will recall that an experimentation of the use of flat-bottom vessels was earlier carried out successfully at Calabar Port in 2017 when Atlantic Bulk Carrier’s flat-bottom Bulkers, MV Desert Ranger and MV Desert Harrier made maiden calls to Calabar Port, laden with bulk wheat.

The vessels, which were about 200 metres Length Overall (LOA) were successfully maneuvered across the port’s windy channel to the berth, through the facilitation of an extra Tug Boat approved for the Port by the management of the NPA.
The Calabar Port Pilot that brought the two state-of-the-art vessels, Pilot Mohammed Bida was not left out in the wave of accolades that followed after the berthing of the vessels, as the management of NPA went further to bestow the Best Worker of the Year Award on the heroic Pilot, with the attendant double promotion from Grade level 09 to 12.

Following the MD’s directive on the need to attract more flat-bottom vessels to Calabar, the port panagement launched a massive publicity campaign on various media platforms to encourage shipper to use Calabar Port.
One of such campaign tools is the development of an outstanding Port documentary tagged: “Why shippers should prefer Calabar Port”.
Many stakeholders are convinced that the exploits of MV Desert Ranger and MV Desert Harrier provided the foundational confidence that propelled Marguisa to deploy MV Boreas to Calabar Port.
Moreover, the impressive average turnaround time of two days recorded on all containerships that called at Calabar port appears to be a fulfilment of the promise of cooperation and partnership given by the Calabar Port business community and government agencies to all shipping operators desiring to use Calabar Port.
With the successful voyage of MV Boreas, Marguisa Shipping Line has dedicated a container vessel to operate regular calls to Calabar Port and there are indications that more containerships will join the Calabar route.

Rivers Port Success Story
Just like Calabar and Warri, Rivers port stakeholders are excited over the success achieved by the port in this year 2019. The port, which is situated in the Gulf of Guinea, has made a lot of improvement in ship traffic and other operational efficiency. This is attributed to Bala-Usman, who on assumption of duty, pledged her commitment to ensure effective service delivery in all Nigerian ports with the intention of making the nations maritime sector more competitive and a become o hub in the subregion.
THISDAY checks revealed that normalcy has returned to the port as economic activities are on the increase while security challenges have been reduced to barest minimum.

This, stakeholders said, is contrary to the recent impression that the port is dormant with low patronage.
For instance, over nine vessels called on the Port in 2019 after years of zero activity, hence increased throughput and revenue for the port. These vessels, General Manager, Strategic Communication, Adams Jato said, ordinary would have stopped at Lagos Port, “however with management interaction with the shipping community, this was made possible. Some of these vessels are NNLG vessel (LPG) by name Navigator Capricon, which berthed on the 30th October with Length Overall of 160m, Gross tonnage of 18311, NRT 5493 DW 233333 with cargo BRUTANE at STOCKGAP jetty.This is the first LPG product that was brought direct to the south.
“MV Northern Dance, she came in on 22/05 2019. LOA: 180M Draft 9.12M she discharged 26,000MT in Port Harcourt, MV Zafercame in on 08/09/ 2019LOA: 180M Draft 2.76M, discharged 22,000MT of Bulk wheat,MV Kota Bakticame in on 18/02/2019LOA: 161.33 DRAFT 9.6m,discharged general cargo of 1074MT in Port Harcourt with IPL as Nigerian agent.

Onne Port’s Milestone
He added: “Onne Port, which is regarded as one of the most modern port with huge potential among the ports operated by NPA, has also recorded a significant milestone taking advantage of the port facilities and the current permissible draft of 10.6 metres.
“The achievement recorded by the port in 2019 is as follows: Onne Port on 8th December 2019, successfully berthed a Maersk line vessel JPO Volansat West African Container Terminal berth 8. The first gearless and largest container vessel (LOA of 265.07metres) to call any Eastern Ports of Nigeria.”

MV JPO Volans, he said, was berthed after proper planning, deploying the expertise and experience of Onne Port Manager and Onne Port Harbours and Maersk Line team to ensure safe berthing.
“The assigned Onne Pilot conducted the Vessel through the channel in a safe manner with the cooperation of the bridge team (Pilot, Master, Duty Officer, Helmsman and lookout). The berthing of the JPO Volanswas indeed an achievement for Onne Port and NPA in general, “he said.

“Onne Port is a growing port and with the policy of the current leadership of the executive management and the vision of the port management, the port will gradually take its place as strong business hub in sub-sahara Africa.

“Brawal was into containerization and receiving Baco LinerVessel in the past, these services was stopped in 2012. The Port have in 2019 open up another window of opportunities which paved the way for Brawal Terminal to add containerization to it’sOil and Gas logistic activities.

“On 1st August 2019, Brawal Terminal received the first container vessel MSC Grace at berth, which made a total of five voyages during the period under review. MSCGrace was later substitute with MSC Maria which has made a total of nine (9) voyages so far,” he said. 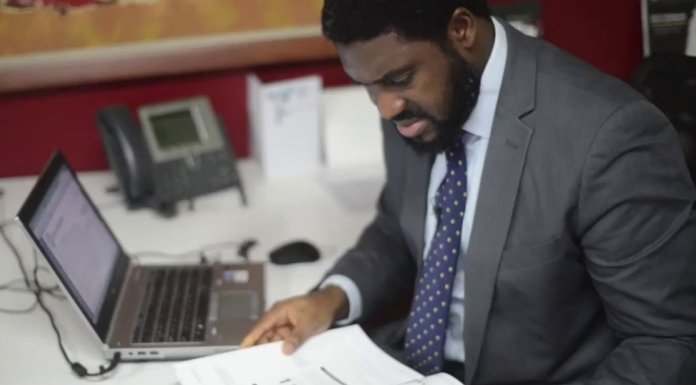 Buhari: Peace in Niger Republic Must Matter to Nigeria