The Human Rights Writers Association of Nigeria (HURIWA) has challenged the powers of the Minister of Power, Saleh Mamman, to suspend the Managing Director of the Nigeria Bulk Electricity Trading (NBET) Plc, Dr. Marilyn Amobi.

It faulted the minister for acting outside the Act of NBET in axing Amobi, saying he does not have power under the laws to suspend the NBET boss.

The association faulted the minister in a statement in Abuja signed by its National Coordinator, Emmanuel Onwubiko and National Media Affairs Director, Miss Zainab Yusuf.

The group said there is no law empowering any minister to give directives of any nature to NBET.

It also said the minister is one of the seven Board members of NBET and neither the Act nor NBET’s articles of association empowers the minister to unilaterally supervise NBET.

It said in the absence of any authorisation from the board, it is an improper and unlawful exercise of the powers of NBET’s Board for any member to suspend the Managing Director.

The statement said: “HURIWA has observed that the Hon. Minister of Power ordered Dr. Marilyn Amobi to “step down with immediate effect” as Managing Director of NBET, “as a result of the myriad of complaints against her.” This was widely reported by news media on 24 December 2019.

“We are unable to discern the motive of the Hon. Minister.However one thing that is crystal clear when viewed against the statutory regime for the regulation of the Nigerian Electricity Supply Industry (NESI) is that the actions are wrong and unsupportable under the laws of the land.

“NBET’s shareholding structure is in line with Section 9 of the Electricity Sector Regulatory Act, 2005, which provides that the shares of successor companies after incorporation shall be held jointly in the name of the MOFI and BPE for and on behalf of the FGN.

HURIWA said the Minister of Power is not the chairman of NBET board and queried why he took the laws into his hands.

The statement added: “NBET’s Amended Memorandum and Articles of Association show that NBET’s Board presently has seven members including a chairman and a vice chairman. The Chairman of the Board of NBET is the Minister for Finance.

“It is pertinent to distinguish NBET from public corporations which are typically established by law or Acts of the National Assembly as government vehicles to enable government to be involved in certain industries.

“There is no law empowering any minister to give directives of any nature to NBET. Further, NBET’s Management is not statutorily subject to any duty of complying with any ministerial directive or order.

“Notwithstanding that the Minister is one of its seven Board members of NBET, neither the Act nor NBET’s articles of association empowers the minister to unilaterally supervise NBET.

HURIWA said it was unfortunate that the Minister of Power, who is a board member of NBET sidelined the chairman of the agency(the Minister of Finance) to suspend Amobi.

The statement said: “NBET’s board is comprised seven members inclusive of a chairman and a vice chairman. The Minister of Power is one of the board members.

“In the absence of any authorisation from the board, it is an improper and unlawful exercise of the powers of NBET’s Board for the minister to unilaterally order the removal of NBET’s Managing Director.

“The Managing Director is answerable to NBET’s board and not to individual members of the board.

“Accordingly, where a member of the board has any concerns as to the management of NBET or the performance of its objectives, the proper and lawful course of action is for the board member to channel his concerns through the board He is not under the law establishing NBET allowed to unilaterally take decisions on NBET. He is not a supervising Minister of NBET

“Nigerian Electricity Regulatory Commission (NERC) is NBET’s “duly constituted regulatory authority”. This is supported by sections 32(1) and (2) and 68 of the Electricity Sector Regulatory Act. Specifically, section 32(2)(d) saddles NERC with the responsibility of licensing and regulating persons engaged in the generation, transmission, system operation, distribution and trading of electricity. In relation to the first query, the Act does not empower the Minister to supervise or regulate the affairs of NBET.

“Assuming, for the sake of argument, that the framers of the Act had intended NBET to be subject to the supervisory and regulatory purview of the Minister they would have unequivocally stated so in the Act.

“If the Act establishing NBET intended to bring NBET within the Minister’s supervisory compass, the lawmakers would have expressly and unambiguously done so. It is a fairly settled rule of statutory interpretation that clear and unambiguous words in a statute should be given their ordinary meaning when construing.

“Extending the Minister’s supervisory compass to NBET is a direct violation of the laws of the land.

“In the light of the foregoing and from a regulatory perspective, the procedure adopted by the Minister for the removal of NBET’s Managing Director is not sound in the considered opinion of our members.

“In addition to this, the Minister’s statement that he was responding to myriads of complaints is totally wrong. The Minister is not expected to respond to complaints that have not been investigated.

“It is totally unenlightened to respond to complaints that may turn out to be unfounded. In the case of NBET, it is tragic because there is a regulatory body NERC that is saddled with the responsibility of a regulator in the power sector. The lawful thing to do is to refer the issue to NERC for its investigation and recommendation and not to come to a conclusion without investigation

“The action of the Minister has further devalued Nigeria in the eyes of investor s and all those seeking to participate in the power industry.

“No discerning investor will ever seek to participate in an industry bedeviled with such arbitrary and unlawful actions. The Hon. Minister for Power is advised to reverse this condemnable action of his to save Nigeria from further embarrassment. 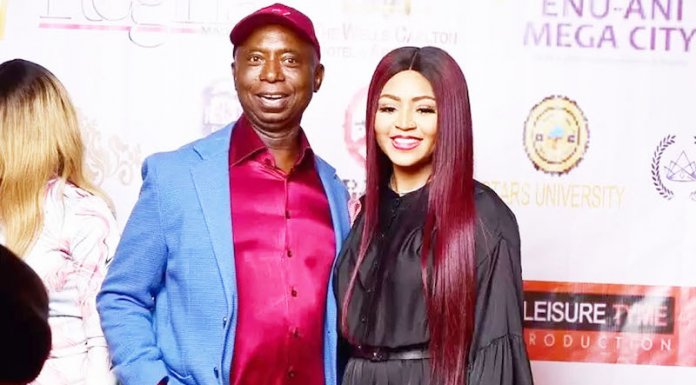 UNICEF, EU to Provide 25,000 Youths With Skills in Borno