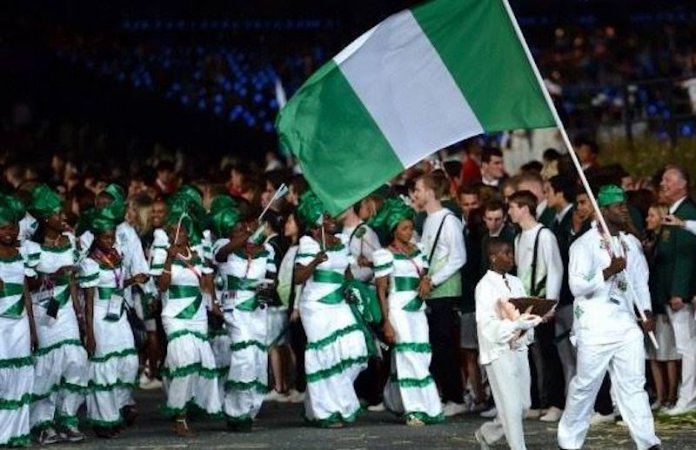 As Nigerians stepped into the New Year with enthusiasm few hours ago, so much is expected from Team Nigerian athletes, 2020 being an Olympic year.

Already, national federations whose athletes have already qualified for the Tokyo 2020 Games have since commenced training ahead of the global multi-sports showpiece.

Basketball, one of the national sports federations that made great strides in the just ended year, retaining the women’s AfroBasket Championship title as well as qualifying the men’s team for the Olympic Games has commenced plans to consolidate on its achievements.

President of the Nigeria Basketball Federation (NBBF), Amadu Musa Kida, insisted yesterday that the New Year presents another chance to consolidate on the gains made in 2019.

In his New Year message to stakeholders, Kida promised that continued attention will be paid to the domestic scene with special focus on the men and women’s Premier Leagues as well as the Division 1 and 2 leagues for men.

“We wish Nigerians the best the New Year will offer as we restate our commitment to basketball development in the country. We are going to start 2020 strongly with the Total Division One League starting in Lagos on the 20th of January which is an indication of our focus for the year,” stressed the deputy managing director of oil and gas giants, Total Nigeria Limited.

Kida who was elected alongside the board on the 13th of June, 2017 while reminiscing on the last 12 months said the federation has recorded some modest achievements which can only get better.

“In the year under review, the D’Tigress continued their invincible run on the continent to win the 2019 Afrobasket Championship in Dakar, Senegal while the D’Tigers was the highest African team at the FIBA men’s World Cup in China which earned them an automatic place in the 2020 Olympic Games.

“We also participated in some under-age competitions in 2019.

After many years absence, Nigeria returned to the FIBA Africa U-16 Championship in Cape Verde. The women senior team gave Team Nigeria something to cheer at the Beach Games in Cape Verde as the only sport to win any medal for Nigeria,” observed the NBBF chief.

On the local scene, Kida admitted that more teams were added to the Zenith Women League which made it stronger.

“For the past 15 years, we had only three winners, but this year, a new club- Air Warriors, emerged the new champion in their first year in the league.”

He however admitted that 2020 being an Olympic Games year will be a busy one for federations whose team(s) will be taking part at the 2020 Tokyo Olympics.

“In February, our women’s national team will be going to Belgrade, Serbia for the Olympic qualifiers and we also need to prepare them well for this as we hope to qualify along with our senior male team,” concludes the Nigerian basketball federation president.

Also speaking on expectations from his federation, Amaju Melvin Pinnick, whose NFF led the Super Eagles to win a bronze for Nigeria at the AFCON 2019 in Egypt insisted that focus will be on the various qualifying matches for major competitions as well as youth and grassroots development programmes.

“We are also determined to concentrate much effort and resources on youth development programmes, including but not limited to the NFF/Zenith Bank Future Eagles Programme.

“It is important that we continue to churn out quality talents and work hard to nurture them to excellent products who will then fit into the age-grade national teams and bring honour to the nation at various championships.

“As we have made known, teams representing Nigeria in international matches and competitions will be told in no uncertain terms that they are expected to win, not just participate. The era of simply being there to participate is long gone.”

The draw for the qualifying campaign of the 2022 FIFA World Cup finals will be conducted in Egypt in January 2020, with 10 groups of four teams each that will produce only the winner from each group advancing to a fierce, five home-and-away battles which will eventually produce Africa’s flagbearers in Qatar.

Already, the Super Eagles are in command of their pool in the qualifying race for the 33rd Africa Cup of Nations finals in year 2021, with two wins out of two against Benin Republic and Lesotho last November.

Second-placed Benin Republic are three points adrift, with the race set to resume in August 2020.

Nigeria took the bronze medals after finishing third among the 24 participating teams in the biggest-ever Africa Cup of Nations in Egypt last year summer.

Nine-time African champions, Super Falcons also have a qualifying round to negotiate before heading to the finals of the Women Africa Cup of Nations to defend the crown they taken consecutively between 2014 and 2018.

The U-20 girls, Falconets and the U-17 girls, Flamingos have qualifying matches for their different FIFA World Cup competitions already set.

In other sports, the President of the Badminton Federation of Nigeria, Francis Orbih, is looking into the New Year with much expectation for a lift for the sport in Nigeria.

“For us in badminton, the focus will be on qualifying for the Tokyo 2020 Olympic Games. We have series of qualifiers that our players will participate in, especially those on the verge of qualification.

“We are starting the year with the Estonia International as well as the Swedish International. After these two outings, our players will return home to resume camp with other players preparing for the African Senior Championships taking place February in Egypt.

“We are going to defend our African title there. Interestingly, the African Championship is also an Olympic qualifier. There after we will play in the Uganda and Kenya international opens before returning home to play in the West African circuit in Benin Republic, Cote d’Ivoire and Ghana that is if they will all hold this New Year.

“We also have the Lagos Open before the Olympic qualifiers are rounded up in April. It is at the end of April that we will know those of our players that have made the cut for the Olympics. If by the grace of God they qualify, we will then be looking at them travelling around July for the Games.