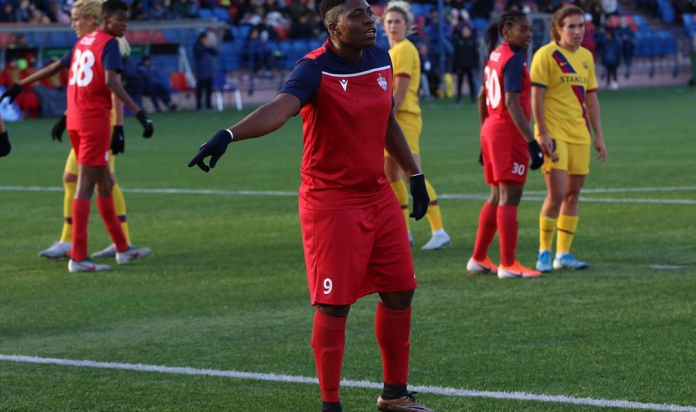 If there is one thing 2019 has delivered, its great moments in sports. Records have been set and broken, impossible feat have been achieved, hearts have been broken and overdue victories finally came to realization, in front of millions of fans, families, and friends around the world.

The year 2019 did not live short of its expectations, as some saw it as one of the biggest sporting year for them, while others thought it was the worst for them.

After enduring the loss of the UEFA champions league victory to Real Madrid in 2018, Liverpool proved once again that they are a force to be reckoned with as they went on in 2019 to beat first-timers; Tottenham Hotspur in the finals to clinch the UEFA trophy after 14 years.

In the English Premier League, Manchester City won the title by a point ahead of Liverpool who finished second. City also emerged as the winners of the League Cup, and the FA Cup.

The year also saw three African Players emerge as joint-top scorers in the English Premier League. Egypt’s Mohamed Salah and Senegal ‘s Sadio Mane both playing for Liverpool and then Arsenal and Gabonese striker, Pierre-Emerick Aubameyang won the Golden Boot after scoring 22 goals for their clubs.

In the transfer window, Manchester United’s striker Romelu Lukaku joined Inter Milan on a fee of £75 million, with his fellow teammate, Alexis Sanchez joining him on loan.

Nigeria winger and midfielder, Alex Iwobi joined Everton on a record fee, making him the most expensive Nigerian player, another Nigerian player, Victor Osimhen completed his move from Belgian Club Sporting Charleroi to French side Lille for a fee reported to be around £12m.

Arsenal fired Unai Emery after 18 months in charge as a result of his winless run in the 2109/2020 campaign and appointed Freddie Ljungberg as interim manager, who was afterwards replaced by Mikel Arteta as the club’s new manager.

Tottenham Hotspur also let go of Maurizio Pochettino and appointed former Chelsea and Manchester United manager Jose Mourinho. After a long search for a win in the EPL, Everton fired Marco Silva and appointed Carlo Ancelotti who was sacked by Napoli after qualifying the team for UEFA Champions League round of 16.

In tennis, 15 year- old Coco Gauf made headlines at Wimbledon when she beat her idol, Venus Williams to become the youngest player to advance to the round of sixteen.

And Bianca Andreescu won the women’s singles title, defeating Serena Williams in the final and becoming the first Canadian to win a grand slam singles title.

And in Golf, Tiger Woods secured his legacy in masters, and made one of the greatest comebacks in sports, with his win at the Masters tournament; claiming a major title and also ending an 11-year drought.

In basketball, Toronto Raptors became the first team-based and originated in Canada to win the NBA title.

In gymnastics, Simone Biles made history with her triple-double, defying the laws of physics and gravity as she became the first woman in nearly 70 years to capture six U.S. senior women’s all-around gymnastics titles

In Athletics, Allyson Felix won her 12th gold medal at the world’s championship, 10 months after giving birth, surpassing a record she once held with Usain Bolt. She now has more medals than any other runner, male or female.

In Rugby, South Africa made history when they beat England to win the World Cup in Japan and became the country to win the Rugby Championship and Rugby World Cup in the same year, surpassing New Zealand and Australia.

In Europe’s most prestigious award, Argentina and Barcelona’s Lionel Messi won the Ballon d’ Or for the sixth time, surpassing Netherland and Liverpool’s defender Virgil Van Dijk and Portugal and Juventus’ Cristiano Ronaldo who has won it for a record five times.

In boxing, British boxer Anthony Joshua defeated Andy Ruiz Jr in a rematch in Saudi Arabia after losing his first match to Ruiz to reclaim the four belts WBA, IBF, WBO and IBO.

Still on the international scene, Olympic Eagles and Super Falcons of Nigeria failed to qualify for the Tokyo 2020 Olympics, and the Golden Eaglets of Nigeria crashed out of the Under-17 World Cup in Brazil.

On the domestic front, the Nigeria Professional Football League (NPFL) ended with Enyimba announced as champions after an abridged version of the league was run by the league management company.

And in beach soccer, the Sand Eagles of Nigeria ended the year without a win in the Beach Soccer World Cup hosted by Paraguay.

The year 2019 is indeed a year one will not forget easily and as we look forward to the year 2020, we expect more suspense, intrigues and record breaking moments.

-Culled From Plus TV Africa

INEC: We Are Working on Cost of 2023 Elections