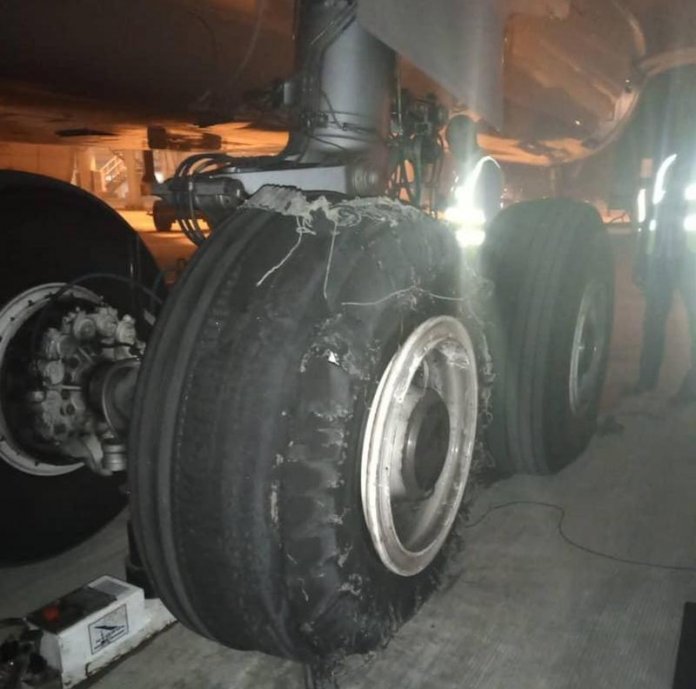 A Turkish Airlines flight with over 200 passengers was involved in a serious incident when it landed at the Port Harcourt International Airport, Omagwa by 3:30 am on Tuesday with damaged tyres.

Reports indicated that there was no injuries as all the passengers disembarked safely but the aircraft was severely damaged.

The incident caused severe damage to the aircraft, so the passengers billed to be airlifted to Istanbul on a return flight were kept in a hotel until the airline brought in another aircraft.

The incident was confirmed by the Nigerian Civil Aviation Authority (NCAA), which stated that the Accident Investigation Bureau (AIB) would issue a report on the detail of the incident.

According to the Director of Consumer Protection of NCAA, Adamu Abdullahi, the Turkish Airlines’ flight was involved in an accident with damaged tyres upon landing at 03.30 hrs Tuesday, but passengers are safe upon arrival.

“Passengers who were expected to depart with the aircraft are kept in a hotel. NCAA airworthiness are on ground to assess the situation. We are expecting Accident Investigation Beareau from Abuja to investigate the incident,” Abdullahi said.

The director said the runway was cleared after the incident.

“The incident happened at 3.30am and the runway was cleared of all debris in time for seamless morning operations,” he said.