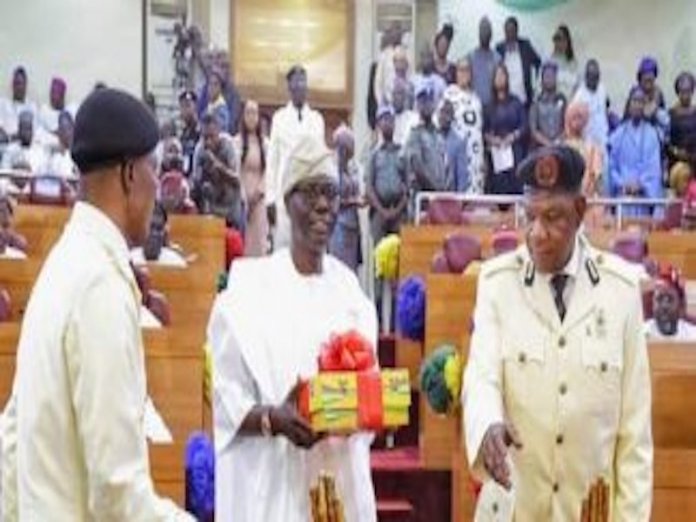 The Lagos House of Assembly yesterday passed the 2020 budget of N1.168 trillion, following the presentation of a report by the joint committee of the House on Appropriation and Finance by the Chairman of the Committee on Budget and Economic Planning, Hon. Gbolahan Yishawu.

The presentation took place during plenary when the House dissolved into Committee of Supply, comprising all the lawmakers with Speaker of the assembly, Hon. Mudashiru Obasa as Chairman.

With the 78 amendments as recommended by the joint committees and approved by the lawmakers, the approved budget contained N451, 528, 914, 805 billion from the Consolidated Revenue fund as the recurrent expenditure and N711, 032, 979, 185 billion from Development Fund as the total capital expenditure.

Governor Babajide Sanwo-Olu had presented a budget of N1.168 trillion for year 2020 on November 8, with education and healthcare as top priorities.

With a proposed fiscal plan of N115 billion for public infrastructure in Lagos State, the Governor stated that next year, will be a massive construction site.

During the presentation, the governor unveiled his administration’s plan to accelerate the growth of State’s economy by proposing aggressive investments in critical areas of priorities – physical infrastructure, environment, human capital and security.

Sanwo-Olu announced that the State would be spending N1.168 trillion, which will be funded from a projected Internally Generated Revenue (IGR) of N1.071 trillion.

According to the governor, the budget deficit, put at N97.53billion, will be financed through internal and external loans.

Police, Others Restrained from Taking over Bhodes Integrated Limited’s Land