As 2019 winds up today to usher in 2020, Martins Ifijeh chronicles major happenings, decisions and discourses that shaped the health sector this year

While every year end comes with soul searching, it is also a time to look at how events, policies, and decisions defined the shared experiences for that year. 2019 was not any different. It was a year packed with defining moments. For many Nigerians, it was a mixture of the good, bad, and the ugly; leaving behind tales of sweet or sour memories.

2019 presented striking happenings. From the intriguing general election that saw President Muhammadu Buhari winning his re-election, defeating his closest rival, Alhaji Atiku Abubakar; up to the suspension and eventual removal of the former Chief Justice of Nigeria, Walter Onnoghen, over what the government termed false declaration of assets; up to the planned #RevolutionNow protest, which saw the incarceration of the Publisher of Sahara Reporters and his eventual release, re-arrest and final release on Christmas Day; and the recent vigorous campaign by the National Assembly to regulate social media. The year was packed full of events.

In all of these happenings, the health sector was not left out. The industry experienced its fair share of important happenings.

It started with high hopes from the then Minister of Health, Prof. Isaac Adewole that the health sector was going to receive priority attention from the executive arm, and then the year is ending with that particular hope dashed if the supposed priority is measured by how much was allocated to the health sector in 2019. The sector received only 3.9 per cent from the entire national budget as against the Abuja Declaration of 2001, which recommended 15 per cent for effective running of the sector.

Roll Out of BHCPF by President Buhari

For a sector prone to discussions on what has gone wrong and what will never work, there was renewed hope on January 8 when President Buhari walked the talk, and rolled out the Basic Healthcare Provisions Fund (BHCPF) in an elaborate event in Abuja.

The BHCPF is the one per cent of federal government’s Consolidated Revenue Fund and contributions from donor grants set aside to fund the basic health needs of Nigerians.

It is the fundamental funding provision under the National Health Act and was appropriated for the first time in the 2018 budget since the Act was signed in 2014. It was also appropriated for in 2019.

Buhari had said at the launch that upon disbursement of the fund and implementation of the programme will push the country towards achieving Universal Health Coverage (UHC).

While the National Health Insurance Scheme (NHIS) is one of the most important parastatals under the Ministry of Health, it was enmeshed in leadership crisis since 2017 which led to the suspension of the then Executive Secretary of the Scheme, Prof. Usman Yusuf by Prof. Adewole.

But the suspension didn’t go down well with Buhari who was on medical leave abroad at the time Yusuf was suspended. By February 2018, he was reinstated.

By October 2018, the NHIS Council again suspended him. This again turned into verbal fisticuff between his supporters and those against him. Eight months after, Buhari sacked him.

During these times, the scheme did not grow beyond its four per cent mark. Feelers say the scheme was even worse off than in its 14 year-history. Nigeria till date has one of the worst health insurance schemes in the world.

Appointment of Ehanire as Minister of Health

At the commencement of President Buhari’s second tenure, he appointed the former Minister of state for Health, Dr. Osagie Ehanire as the substantive minister, a decision many healthcare stakeholders believed was a round peg in a round hole.

Outside being a close ally of the president, it is believed he can influence the president to take health as one of the priority sectors that needs special intervention. Stakeholders are still waiting to see how he will be able to pull this off, especially since already, the government did not show such signs, with the low health sector allocation in the 2020 budget. Stakeholders and the media are keenly watching to know what Ehanire has up his sleeves for the sector.

The Nigerian government, earlier in the year, launched what has been referred to as the largest HIV/AIDS survey result for people living with HIV/AIDS, known as the National HIV/AIDS Indicator and Impact Survey (NAIIS) Result.

But the March 2019 launch by President Buhari has shown that the burden of the disease has reduced by almost half, bringing the prevalence to 1.9 million persons; a move that has now placed the country at number four in the list of countries with highest burden of HIV/AIDS in the world.

The survey, which had a large sample size of 225,000 persons drawn from more than 97,000 households across all the local government areas of Nigeria, has shown that Nigerian women are twice as infected as men, and South-south having the largest burden. It also showed that viral suppression stands at 42.3 per cent.

It is almost an unwritten law in the health sector constitution that either doctors or other health workers must go on strike each year in Nigeria as part of an expanded ritual to assert their dominance over each other or to make their demands heard by the government.

For every time this ritual occurs, the country loses patients, who perhaps today would have been looking forward to celebrate the New Year.
The federal government, healthcare stakeholders, doctors and health workers have in this 21st century have not found the right model to address issues around strike actions in the health sector.

As part of measures to ensure the NHIS is no longer as stagnant as it has been since its birthing 14 years ago, the 8th National Assembly, during its winding phase, passed the National Health Insurance Bill.

The Bill, if signed into law by the president will make health insurance compulsory for every Nigeria, as against the present model, which is voluntary.

Launch of Sex Offenders Register by the FG

The Minister of Women Affairs and Development, Pauline Tallen, who launched the register last month in Abuja said rape, in addition to physical assault of victims, takes many emotional and psychological forms which inhibits the victims from contributing meaningfully to national development.

From Lassa fever up to Yellow fever, disease outbreaks were daily occurrences across the country. Between January and April alone, 127 Nigerians lost their lives to Lassa fever in 21 states of the federation.

The yellow fever outbreaks recorded this year, according to the WHO tripled when compared to 2018; suggesting intensification of yellow fever virus transmission. From January 1 to December 2019, a total of 4189 suspected yellow fever cases were reported.

While lessons can be learnt from the major events that shaped the year, what are the fantastic breakthroughs made? Where are the researches, where are the vaccines to stop malaria, Lassa fever and other indigenous diseases? Where are the radiotherapy machines to treat the almost two million Nigerians living with cancer? Has our indices on maternal and child mortality reduced? Has mortality rate for cancer, sickle cell, tuberculosis, pneumonia, diarrhea, cholera reduced? Did doctors and health workers refuse to go on strike this year?

These are events that could have shaped the health sector for good in 2019 if actualised. Can we really say progress has been madethis year? You be the judge!

Wishing our esteemed readers a Merry Christmas and a Happy New Year! 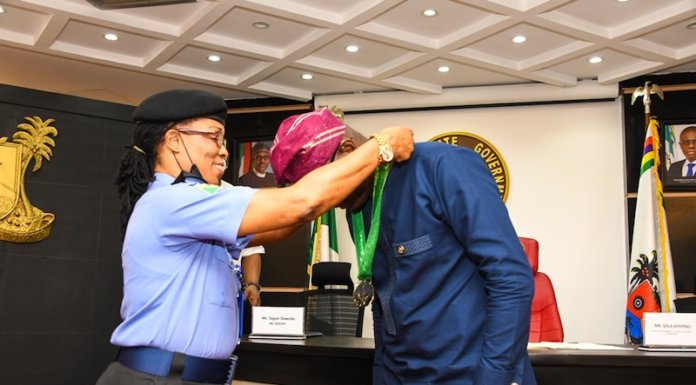