No Plan for Devaluation of the Naira, Says CBN

The Central Bank of Nigeria (CBN) has ruled out the possibility of devaluing the naira next year, expressing optimism that crude oil price will remain stable in the new year.

The Director, Corporate Communications, CBN, Mr. Isaac Okoroafor, said this in a telephone interview with THISDAY while reacting to some analysts’ predictions that the central bank might devalue the naira before the end of the first quarter 2020.

The benchmark Brent crude closed at $66.60 a barrel at the weekend.
Nigeria’s external reserves dropped to $38.776 billion as of last Thursday, representing a decline by $4.3 billion or 10 per cent in 2019, compared with the $43.076 billion it was at the beginning of the year.

Owing to this, some analysts had predicted that the falling reserves might force the CBN’s hands to depreciate the naira.

But allaying fears of devaluation, the central bank’s spokesman said: “It is unfortunate that people are talking about devaluation at this time when the central bank governor came out only last month, at the annual bankers’ dinner, to say the CBN would continue to sustain the stability in the forex market.

“We are aware of the speculation in some places quoting the governor as saying he would depreciate the naira if the external reserves drop below $30 billion. That was not what the governor said.

“That statement was actually made in July, when the governor was holding some private discussions with some foreign investors in London. And when he was asked a question regarding the threshold at which he would be worried, he gave two conditions.

“You know that crude oil price has remained firm above $60 per barrel. As we speak, it is above $65 per barrel. The CBN is optimistic that the Organisation of Petroleum Exporting Companies (OPEC) and heads of government are working very hard to make sure that oil prices do not drop below $60 per barrel.

“If that trend continues and crude price remains firm as it is presently, then I do not see any reason somebody would be talking about devaluing the currency. So, for that reason, there is no need for anybody to be worried about a naira depreciation.

“Businesses, investors and households should not be worried about the naira depreciating.”
However, the CBN Governor, Mr. Godwin Emefiele, in his personal statement at the last Monetary Policy Committee (MPC) meeting, posted on the central bank’s website at the weekend, reiterated the need for policymakers to intensify, refocus and become more aggressive with efforts to structurally rebalance and diversify the economy from oil.

According to him, there is the need to strengthen the forex reserves on the fortitude of the non-oil sector.
“In this regard, the success of the 43 items in buoying productivity is fervently acknowledged. I emphasise once more the need to maintain our unconventional approach to tackling macroeconomic challenges.
“We have seen a pickup in real growth rate up to 2019 third quarter, traceable to improved credits and higher loan-to-deposit ratio,” he added.

This, according to him, is even more pleasing as non-performing loans continued to decline even with higher credits, due primarily to regulatory mechanisms.

“We also observed marginal uptick in inflation rate due to supply hitches heralded by border closures. Given the price stability mandate of the CBN, it is foremost to keep inflationary concerns within sight while remaining mindful of the need to correct the output gap.

“Hence, on a balance of evidence and probability, it may be more judicious to hold all parameters at this time. Given the subsisting global risks, any policy shock now may be impetuous and destabilising, especially as the year-end festivity spending could impact on domestic prices, output and the exchange rate.

“The consequences of border closure on supply and economic trajectory also need to be heeded. At this time, I am also cognisant of the budgetary cycle and fiscal dynamics and their real effects on our impulse-response function and outcomes.

“I am wholly confident that the current level of real policy rate is appropriate to balance the objectives of exchange rate stability, price stability and output stabilisation without introducing disruptive policy shocks,” he stated. 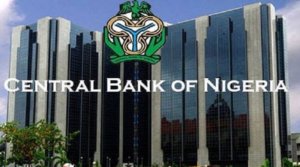