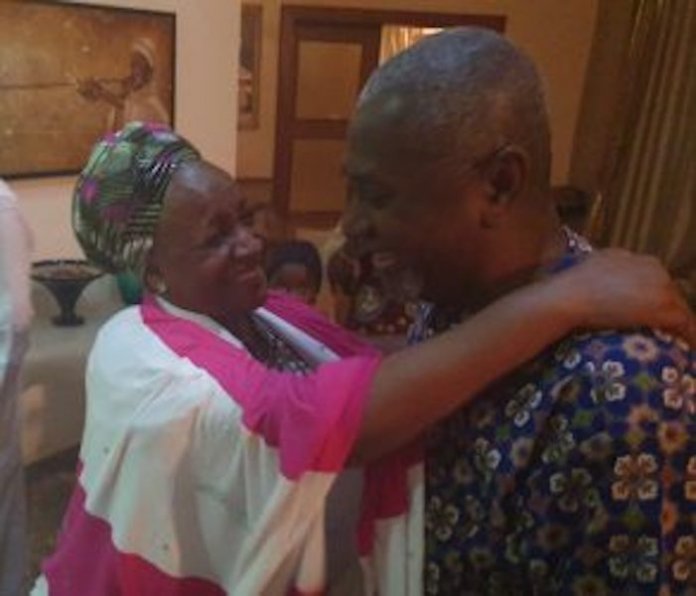 The people have always been an excellent meter in the thermometer of justice. As in the days of Martin Luther King, Nelson Mandela, and countless other unique individuals, men of the people are recognizable from the kind of boisterous rapture they can excite from the people.

A man is one of the people when he can split the face of the people into happy smiles, quieten them with a lifted brow, and give them hope with a timely homecoming. From these qualifications, Sambo Dasuki is a man of the people.
Sokoto Emirate and its people surprised the remainder of Nigerians with the rowdy welcome they demonstrated at the homecoming of former National Security Adviser (NSA), Colonel Sambo Dasuki (retd). The usually relaxed and unruffled people rather displayed an uncharacteristic excitement that bordered on wild. Out of the blue, as it was, their excitement is justifiable.

The journey of Dasuki has been one of a kind among his mates. From his fame as a capable military man, Dasuki has led a most charming and notable life. However, Dasuki re-entered the national scene as the NSA in 2012.

During his time, Dasuki’s diligence was well noted, especially in the Nigerian army’s operations against Boko Haram militants. In fact, the notorious kidnapping of the Chibok schoolgirls was something that he worked on, the result of which came in the form of the military’s rescue of 300 of them. It was after this time, in December 2015, that Dasuki was arrested and detained on charges of abuse of office and money laundering, denied bail in the last four years.

After four years in detention, Dasuki was finally released from what some have called “illegal incarceration”. Speaking on the matter, the liberated colonel described his ‘internment’ as ordained by God, and refused to dwell on whatever negative implications that people would pin down on him.

His piety, loyalty to truth and continued determination to see the stability of the country of his birth, Nigeria, is one of the most admired qualities often attributed to Dasuki. As such, the boundless joy of the Sokoto people is not without reason but is even desirable for every other leader who has walked the length of his land and tasted both its spite and spice in equal measure.