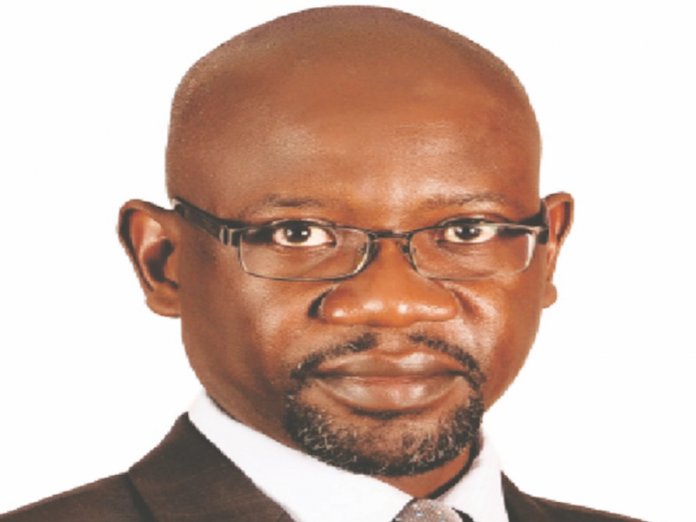 What is the essence behind setting up Indigitous?

Indigitous is a movement of people passionate about technology, they love Jesus and they want to use digital in all its power and opportunities to make an impact in their world.

What do you do at Indigitous.org?

Indigitous is coined out of the word Indigenous and Digital. You wouldn’t find this in the dictionary. We came up with these words and registered it. We believe that there are digital natives, especially those in this generation. They are intuitive when it comes to technology. We want to harness those people so that they can use technology for the gospel. Indigitous is a movement of Christians who are excited about using the gospel in the digital space for evangelism and discipleship. There are many Christians who use technology but do not know they use technology for evangelism and discipleship. Although most people think about business, social relationships, connecting with people and marketing when it comes to technology, but it can be used for evangelism. A lot of these technologies may not have been created with the mind of preaching the gospel as a goal, but we are asking how we can use these available technologies to further the gospel with a view to fulfill the great commission.

What has motivated you in creating this platform?

We were led to put together this movement. In some sense, it was almost accidentally, because our organisation and crew have been doing digital engagements for quite some time now, and we’ve watched in our organisation the opportunity to really maximise these technologies for impact. We know that people in the marketplace and churches are doing that as well. And so we thought what it would look like to gather people together and with the shared knowledge, inviting those in the marketplace who are digital strategists, coders, designers and marketers in the same place to do wonderful things together especially if they know of the challenges that we face. That is the genesis of Indigitous and since then we’ve become a global network of communities around the world.

Do you think that Christians are maximising the opportunities offered by Indigitous?

I think there is definitely a lack of real engagement and think about how these can work. Traditionally, the church looks at technology and says they are not sure about it.

They tolerate it, whilst some use it, but I don’t know if that can actually help us do the work that God has called us to do.

But increasingly, people are shifting their mindsets to say they’ve got to pay attention to this and that echoes the fact that the church is 15 -20 years behind in the use of technology to accomplish his goals.

Could there be ethical issues slowing down the adoption?

With technology, it brings in a lot of unknowns, vices and the things upon a person’s heart come out and gets amplified by technology. I can understand the concern and so it changes the way we do. For instance, I can only tell you of knowing my wife’s phone number, everything other thing is stored in the address book and that’s a major way in how technology is changing us. So we fear it and stay away, especially everything that is unknown. But I hope indigitous’ desire is helping to say you don’t have to fear it. You have to learn, educate yourself and move meaningfully towards it. And there are guides within the marketplace –people who love Jesus and want to help play a part.

Christians emphasise fellowship, don’t you think that the use of technology undermines daily interaction and fellowship?

That’s a good point. I personally don’t think it undermines it, instead, it enhances it. It has also the ability to alienate. Technology connects us, but it also disconnects us. That’s the double-edged sword side to technology. But it opens the doors of new ways for people to connect. Like I just got to know you as a friend, we can still do other mediated ways of connecting that keep the relationship warm.

I know in the Philippines, their traffic is atrocious, maybe as good as Nigeria. But the whole road becomes a whole parking lot and so if you say you’ll have bible study in the church, people could take 3 hours or more to get there. So they have decided that the bible study is more important, and learning the word can be done virtually. So once a month, they meet together. You keep the relationship warm that way. And is the fellowship compromised? No, I don’t think so.

What do you think Indigitous has achieved in the last five years, its challenges so far and the goal for the next five years?

My desire is that this movement continues to grow and it takes roots in cities and countries. My role is to facilitate and catalyse more of these movements. Where the idea of the word Indigitous which comes from ‘Indigenous’ and ‘digital’, express digital engagements here in Nigeria, China, Singapore and all over the world. Because the people know their territory, unique challenges and opportunities, they can go pursue it more meaningfully. My desire is that people would rise up to say, what are the things going on in my city? What are the talents and resources God has given us in this community? And how can we pursue it? The idea behind Indigitous is to see people rise up to play a part in solving problems, contributing to the good of the city and the country.

Can you be said to be building the capacity of young people?

We are not just building capacity, we discovering, mobilising and looking for them wherever they are. And when we come across them or they come across us, then we begin to ask questions in the light of what their passion on how to work towards the common goal of fulfilling the great commission. It can happen from both sides, but critically when we come across these people, some have the passion but they need to be equipped with the skills.

You spoke about Artificial intelligence and Robotics, what are you doing with these technologies?

Technologies like Google, Facebook, YouTube and Twitter were not originally designed for evangelism and discipleship. And so we looked inward to ask the question, these tools in our hands, how can we utilise them? Artificial intelligence would define a lot of what would happen in the future. People create robots like Alexa to make life easy and convenient. When you have Alexa in your house, you can speak to the equipment to play you for instance music by your preferred artist, it would respond by playing your music as requested. If you ask questions, it would respond to you.

As Christians who want to use technology for the gospel would ask a different of questions like –how can we create a replica of an Alexa to prompt you by asking if you’ve prayed this morning or had your quiet time, or have you shared Christ with someone today? I believe Artificial Intelligence will help us significantly as we move forward.

There is also virtual reality. Now, a lot of the people are mobile and so virtual reality would be useful in areas like Bible study on the go. People can be across the world and fellowship at the same time. With virtual reality, we can create an environment for evangelism and discipleship on the go.

Are you creating an application for that?

We create all sorts of things. We create applications, websites, and tools that the body of Christ needs.

How would Indigitous be using the platform to help youths become self-reliant entrepreneurs and building their lives?

In several ways, in this conference there are people who don’t have experience in creating tools. There are people, who know nothing about Robotics, but right now they have learned how to create drones and if they want to pursue it further, they have a business in their hands.

An example is someone who started a bulk sms company and the business was at the initial take-of stage and we met him shared the vision of indigitious with him. To make it a win-win situation, we created a short code for newcomers, who come out for altar calls because in this age, a lot of people have access to mobile cell phones and the internet. We helped a church in Ghana design their follow-up programme by using the sms number of characters and summarised their follow-up into series, with more than 90 per cent footfall. We are helping creating businesses, helping more flourish and some out of this would start new businesses.

With the introduction of Artificial Intelligence into your process of evangelism and outreach, does it raise the fears that technology and Artificial intelligence are perceived to be Anti-Christ and a tool to deceive Christians, especially technologically driven initiatives that question the existence and supremacy of God? How do you balance the fear and apprehension of the average Christian who sees technology as a tool that questions God’s existence? How do you deal with Christians oppose medical technology, robotics, and Artificial Intelligence which for instance has raised eyebrows, especially with man playing God. How do you justify this idea?

I believe that a lot of these thoughts come out of ignorance. The internet, for instance, is a tool for evil and good. We use it positively. There are so much evil, rubbish, and articles written by Satanists on the internet, instead of encouraging Christians from running away from the internet, we encourage Christians to run to the internet. If you pick any topic in this world, Satanists and unbelievers had written tonnes of information. If we don’t also rush on the internet to write on the same topics from a biblical point of view, who would write? Meanwhile, whether you like it or not, you can’t run away from the internet; lecturers now accept assignments, projects and theses from the internet. Christians must be involved in writing tonnes of information that can give a Christian perspective and same with Artificial intelligence. Because we are Christians and have moral values and cannot operate outside the scriptures.

Can you say that Artificial Intelligence is Biblical and Scriptural?

It depends on how you look at it. The cell phones we use have some artificial intelligence in it.