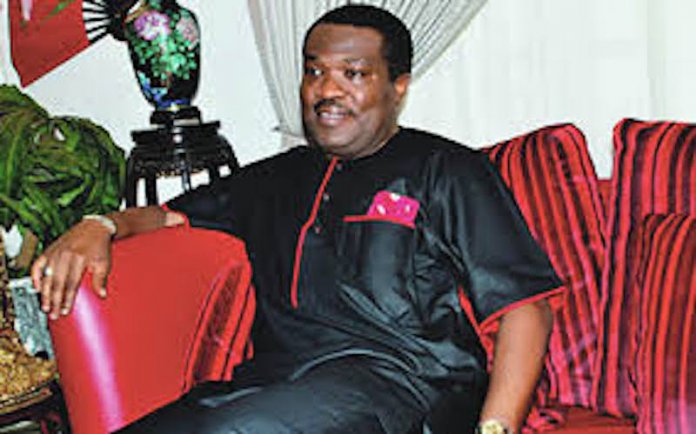 Where custodians and elders of an older age decry the decay and impending death of love and marriage, few and very notable couples are giving hope to the generations before and those to come. While Romeos are busy shaking the yoke of inauspicious stars from their world-wearied flesh, others like Bimbo Ashiru are reconstructing the Taj Mahal for their loves, and generally making the world a happier place.

Otunba Bimbola Ashiru is known for many things, one of which is his former position as the Ogun State commissioner. However, he is also a ‘lover boy’ with his agelessly elegant wife, Kemi. Together, the couple invented the culture of an annual love feast, a ceremony where family and friends are hosted, appreciated and celebrated in a warm, jovial environment.

That of the year 2019 was no different as Bimbo and Kemi played host to their family members, relatives, friends, and business colleagues. As invited guests moved from one end of the Magodo residence to another, Bimbo and Kemi played the role of attentive host, offering a conversation stir here, and an infectious joke there.

The annual feast is a celebratory ceremony that is precedent on Bimbo’s birthday and their wedding anniversary. Always held at the Ashiru home in Magodo, the event is a crowning finality to a regularly productive year and is a delight and rhapsodic time for the couple and their guests. What’s more, the celebrations only increase in strength and rapture as the years go by.

Last year at the Ashiru Magodo residence held a similar sight. With food, drinks, and music for a fitting background, the love feast was a classy party the likes of which remain in long memory. The guest list alone was enough motivation to stick close to the Ashirus: Governor Dapo Abiodun was a notable presence, alongside renowned Pastor Tune Bakare.

In a season where many members of high society hide to plan for the coming year, the Ashirus continue to entertain themselves and their friends in a warm atmosphere, a feast of love that – to insider and outsider alike – knows no compare.