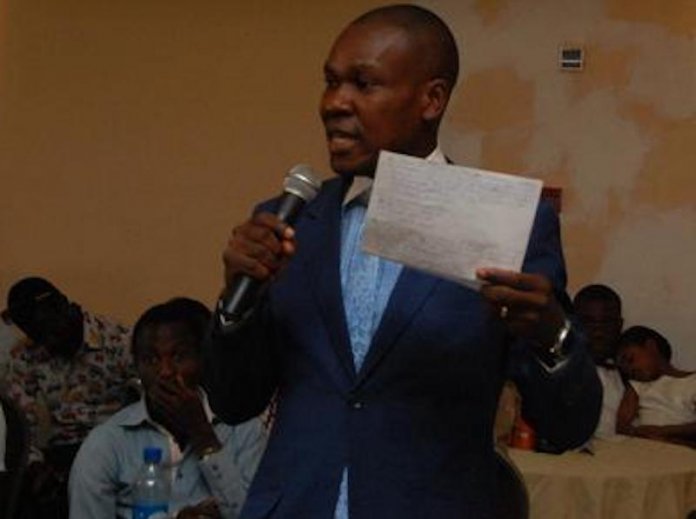 Aigbokhan President, Executive Director, Freedom of Information Counsel yesterday, said plans had been concluded to drag the Nigeria Police and the Edo State Government to court for allegedly stopping public gathering in Benin City a forthnight ago.

The Freedom of Information Counsel, an assemblage of lawyers in a statement issued in Benin City, capital of Edo State said the action of the police and the state government deserved judicial intervention so as to stop reoccurrence.

According to Aigbikhan, “FOI Counsel will approach the court in January 2020 to interpret various correspondences issued by both the Nigerian Police and State Government side by side relevant laws.

“As we may recall, on 12th day of December 2019, Edo State Government and the Nigerian Police disrupted the assembly organised by a faction of All Progressives Congress in Edo State. “This event may have come and gone, a critical assessment of the orders of the state govenrnent and Nigerian Police leaves much to be desired.

“Having a review of 2019 human compliance, the action of Edo State Government and Nigeria Police to shut down civic space for free assembly and association is the most notable human right infringement in Edo State.

“The exercise of power must be accounted for and decisions of government must stand on existing laws.
“Under the FREP rules public interest group can sue for breach under Chapter 4 even when they are not directly affected.”

He further noted that there were guidelines for the Policing of Assemblies, adding that the state as well as stakeholders on both sides may not know that such guidelines exist.

“So, take it from me that the procedure and the purported ban on political assembly in the state is illegal.
“As lawyers, we must be open to learning. Also, study beyond rules of court, Evidence Act and even law reports. The law is advancing quite rapidly and it must be borne on representation and public service,” he declared.