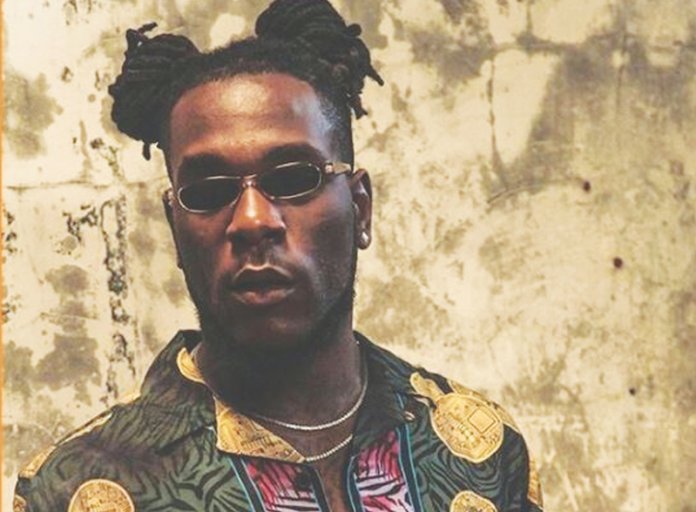 Self-acclaimed African Giant and Grammy Awards nominee, Burna Boy, real name Damini Ogulu, has released a new single titled, “Money Play” to wrap up the year with this new banger which is set to takeover parties and clubs this festive season. Money Play was released right on Christmas Eve – Tuesday December 24, 2019 – on all music platforms, including the brand new Apple playlist – “Africa Now”, and was produced by Mr. Kleb.

Oluwa Burna appears the real Nigerian artiste with the hit formula. This time last year, he released ‘Killin Dem’ featuring Zlatan which became a great deal this year 2019. Now he pulls another surprise, moved on from his Grammy nominated album ‘African Giant’ to serve something new. “Money Play” is a song that shows Burna as the money man, happening nigga which also gave shout out to his Abuja Big Men!

He also repeatedly acclaims that he is the best and now associates with the creme de la creme from all walks of life including the government, as he shouts out to his “Abuja Connect”.

According to him, his entrance into any gathering means the atmosphere will have a feel of good, quality music that he is known for. The mid-tempo rhythmic single laced with afrobeats flavor, catchy verses, and ingenious interpolation passes its message of obvious affluence to its listeners and at the same time, get you bumping to its beats.

This new entry follows the release of the visual for his single tagged, “Omo” lifted from his project, ‘African Giant‘, which features the like of Future, YG, Jorja Smith, Damian Marley, Angelique Kidjo, Zlatan, M.anifest and Serani. The afro fusion artiste declares his state of affluence in “Money Play”, pointing out that those that would try contesting will only be chasing shadows as he now lives where money lives.

He, however, points out that being rich and influential is a blessing. He describes the single thus in a release: “I’m highlighting the importance of moving with the ‘cheese’ at all times. ‘No dey carry money play’ is a word of advice/stern warning to never lose the hustle mentality.” Money Play continues Burna Boy’s breakout year.

Burna Boy has had the most successfully year of his career this year with the release of the album African Giant to awards and sell out of shows.

The talented Port Harcourt born artiste closes the year on a high note with the release of this brand new single.