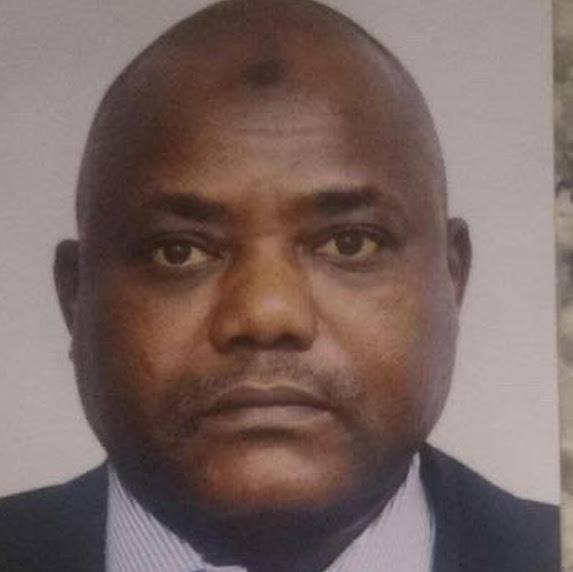 James Ade-Solomon
The recent announcement of Sarki Auwalu as the substantive Director, Department of Petroleum Resources (DPR) would hardly trigger a shock in the minds of many ardent watchers of that critical revenue-generating agency. On the contrary, to those that have always desired a new dawn in the agency, it was one invigorating piece of news.

Auwalu’s appointment by President Muhammadu Buhari was announced earlier in the month, provoking an immediate cascade of superlative commendations from stakeholders in the oil industry.

Among those that have lauded the president for effecting a change of leadership at the DPR was the League of Senior Major Marketers, North East Zone. The group asserted that Auwalu’s appointment as substantive director would stabilise operations at the government agency.

The spokesman for the group, Abubakar Waziri, told reporters over the weekend in Yola that before Auwalu’s appointment, the absence of a substantive head at the DPR had affected the productivity at the department due to the infighting over who among the deputy directors would occupy the office

For those with a fair knowledge of the man and his antecedents, Buhari could not have picked a more fitting individual. Auwalu packs a felicitous combination of intellect, grit, conscientiousness and a deep hunger for excellence in his frame. And this he has done even long before he joined the DPR as Principal Chemical Engineer 21 years ago.

He has been described as an energetic, resourceful and self-motivated professional in the petroleum industry with about three decades of experience.

Born in 1965, the new DPR helmsman had a good record of sterling academic accomplishments before he joined the DPR. He was at the Ahmadu Bello University (ABU) Zaria, from where he bagged a Bachelor of Engineering in Chemical Engineering in 1989. Thereafter, he proceeded to the Bayero University, Kano where he earned a post-graduate Diploma in Management in 1993.

Done with BUK, but certainly not done with acquiring knowledge, Anwalu moved to the Chevron Academy where he was awarded a certificate in Oil and Gas Handling, Facilities Maintenance and Troubleshooting in 1999.

Auwalu’s education was not restricted to Nigeria. He was also at PETRAD Norway, where he got a Diploma in Drilling Risk Assessment in 2000. Two years later, he got another Diploma in Petroleum Policy and Management from the same institution. In 2006, Auwalu obtained a Diploma in Offshore Technology from PetrolSkill USA, and in 2007, he returned to the PETRAD Norway and earned yet another Diploma in Petroleum Policy and Operations. In 2017, the new DRP boss was at the National Institute of Policy and Strategic Studies, Kuru, Jos.

Obviously, these academic acquirements did a yeoman’s job in preparing Auwulu for an industry where he has since been a major player.

He started his working life at the Federal Housing Authority (FHA) in Lagos as a National Youth Service Corps (NYSC) member, serving as process engineer in charge of sewage and water treatment plant between 1989 and 1990. From 1990 to 1992, Auwalu was with the Kano State Ministry of Industry and Commerce where he was able to develop industrial inspection module for Kano State.

He also successfully initiated the concept of small-scale technology in business incubation,
While there, he reviewed a number of industrial proposals and oversaw their implementation. Some of such industrial concerns were Kuma Sheet Glass Company, Intravenous Fluid Production Company, Surgical Gloves, Syringes and Needle Production Company and the Fertiliser Blending Plant.

At the Kano State Environmental Planning and Protection Agency, where he worked as environmental engineer and project manager at various times between 1992 and 1998, the new DPR boss was instrumental to the construction of the Central Industrial Effluent Treatment Plant for Challawa, Sharada and Bompai Industrial Estates, Kano River Pollution Project, and Wase Earth Dam Pollution Control Project, among others.

Since his movement to the DPR, Auwalu has held some key positions in the organisation. Indeed, in the statement announcing him, the Presidency hailed him as a driving force of the agency.
Having started out in the agency in 1998, Auwalu rose through the ranks to the position of assistant director before his elevation as director of the organisation.

An engineer registered by the Council for the Regulation of Engineering in Nigeria COREN), the DPR helmsman is a member, Nigerian Society of Engineers (NSE), member, Society of Petroleum Engineers and associate member, Institute of Chemical Engineers, United Kingdom.

As DPR director, Sarki Auwalu is no doubt a round peg in a round hole. And not too many people would be surprised that he hit the ground running, literally, immediately after his appointment.

Just days after he was named DPR director, the agency, under his leadership, unveiled a set of new guidelines of operations for the upstream sector of the Nigerian oil and gas industry. The regulatory document, one gathered, is part of efforts geared towards limiting the cost of oil production in the country by five per cent, as demanded by the federal government and to make companies focus more on exploration.

Some of the new guidelines are Work Programme and Budget Automation, Rig and Vessel Work Automation, Drilling/Completion/Re-entry Work Process Automation and the Nigerian Oil and Gas Contract Advertising Portal (NOGCAP).

Mr. Auwalu explained that the government target of three million barrels per day (mbpd) of oil production and crude condense classification was yet to be achieved as the country still produces 2.2 million barrels per day. The shortfall, he noted, is caused by a myriad of factors among which are technical issues, vandalism, process offset and crude theft. He reiterated his determination to curtail such encumbrances.

The new DPR director, while highlighting the significance of the new guidelines, had noted: “The new document would improve efficiency in the industry, increase transparency, and bring in new initiatives that would change the dynamics of the industry in terms of automation and digitalisation.”

Some analysts have opined that Auwalu’s appointment was part of efforts by the President Muhammadu Buhari’s administration to strengthen the DPR for optimal revenue generation.
Buhari had, in his Independence Day Broadcast in October, averred that revenue generating agencies that failed to meet agreed targets would be sanctioned.

The president had said: “Our revenue-generating and reporting agencies will come under much greater scrutiny, going forward, as the new performance management framework will reward exceptional revenue performance, while severe consequences will attend failures to achieve agreed revenue targets.”
With his pedigree, Auwalu is expected to make a success of his new position.

*Ade-Solomon, a public affairs analyst, sent in this piece from Abuja.