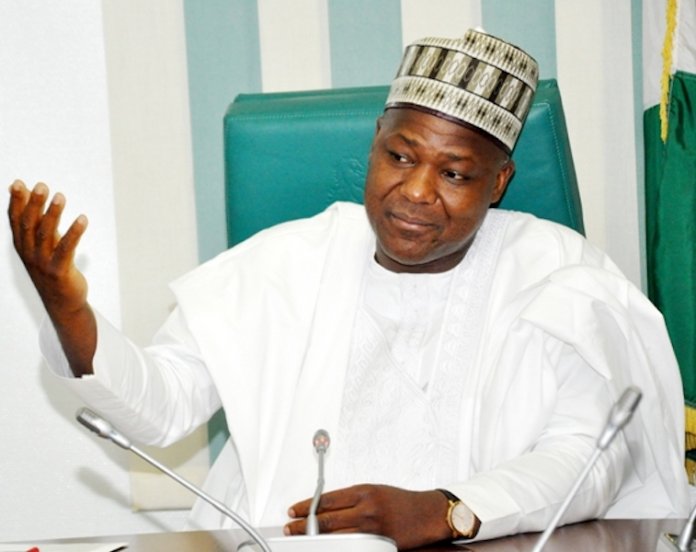 Turaki A. Hassan pays tribute to former Speaker of House of Representatives, Yakubu Dogara, at age 52

Rt. Hon Yakubu Dogara is 52 years old. Born on December 26, 1967 in Tafawa Balewa, Bauchi State, Dogara rose from a humble background in that rural community where Nigeria’s first and only Prime Minister Sir Abubakar Tafawa Balewa came from. He was first elected into the House of Representatives in 2007 from one of the most diverse constituencies in the country with Christians and Moslems, and many ethnic groups co-existing.

Yet, within a short time, he won the confidence of all segments of the people whose lives he has touched positively. Close associates and family members would say he is never desperate for anything in life. While he acknowledges God’s divine favour over his life since childhood, Dogara never took it for granted that this divine grace may abound.

Friends or foes, or even his worst critics would admit that he is an embodiment of leadership, humility, courage and integrity. To him, public office is never to be used for personal elevation, or primitive and prebendal accumulation of wealth but a call to duty, to serve God and country.

Despite the gloomy cloud hovering over our nation, his dream is that sooner than later, a better Nigeria will emerge where both the haves and the haves-not will have a place that will accommodate them. This, he reechoed last week at a thanksgiving service of a colleague in Jos.

In the last six months, he has had time to retrospect over his four years stewardship as Speaker and catch up on missed time with family; and even took a course on Leadership at Oxford University and is also busy providing succor to Internally Displaced Persons through his foundation- Rt. Hon Yakubu Dogara Foundation.

Expectedly, he has received not fewer than four awards and recognitions for the wonderful and exceptional job he did as the nation’s number four citizen in addition to his conferment with an Honourary Doctorate Degree in Law and installation as the Chancellor of Achievers University, Owo, Ondo State last month.

While he held the gavel, Hon Dogara worked under a toxic and turbulent atmosphere of hostility and witch-hunt, yet he was never deterred as he soldiered on with courage, dignity and honour leading his colleagues to set landmark records.

He defended the rights of Nigerians and protected the independence of the legislature as enshrined in our constitution. This, no doubt, attracted the wrath of the establishment, those whose preoccupation is to turn Nigeria into a fiefdom under the claws of an emperor. Hon Dogara and his colleagues in the Eight Assembly bended backwards severally in order to achieve peace and harmony but instead of being appreciated, they were vilified and branded as enemies and saboteurs such that every failure of the executive to deliver on its so-called promises of “Change” was solely blamed on Dogara and co.

To set the record straight, in four years of the Eight Assembly, not a single request from the President was refused by the House. In fact, many times, his colleagues had accused him of “over-protecting the President”. Since our return to civilian rule in 1999, President Buhari is the first to admit committing constitutional infractions in a written communication to the parliament-the Eight Assembly, but it was waved in the interest of peace and stability of our democracy.

Hon Dogara personally sponsored the North East Development Commission Establishment Bill which has since commenced operation. He also sponsored the Federal Competition and Consumer Protection Commission Bill, along with 15 others, making him one of the highest sponsors of bills in the last House.

Today, it is over six months since they left the stage and yet, nothing has changed and the blame game is continuing with desperate efforts by the regime’s spin masters to stereotype them and create a permanent scar on their image.

We must, therefore, ask them, now that Dogara is not the Speaker and they have the “cooperation” they wanted: Where is the 10,000mw of electricity they promised? Are our roads now safer and portholes- free? Are our hospitals now world class such that they themselves no longer visit London hospitals? Are our schools now world standard? Have they withdrawn their children from UK Universities or other schools abroad? Have they provided the millions of jobs they promised? Or are Nigerians today sleeping with their eyes closed without the fear of being killed? Have kidnappers and bandits ravaging the country been wiped out? Have they lifted the over 100 million Nigerians out of poverty? Is Nigeria now the prosperity capital of the world? Has Boko Haram been eliminated and peace restored to the North east? Have millions of Internally Displaced Persons returned home and resettled? Can every Nigerian family now afford three square meals? Have our workers been paid the N30,000 minimum wage that was singled-handedly pushed by Hon. Dogara against the executive’s proposal of N27,000? Have they sold all the Presidential jets as promised in order to cut wastages? I thought it was Dogara and co who blocked them from disposing the jets?

Is Hon Dogara responsible for the continued importation of refined petroleum products and payment of billions in subsidies which Buhari himself once described as a “fraud”?

Was Hon Dogara responsible for the recent revelation of missing billions in the Federal Inland Revenue Service?

Was it Dogara who refused assent to the Electoral Act Amendment Bill five consecutive times and conducted the Tatatatata election in Kogi and Bayelsa States?

Was it Hon Dogara First Lady Aisha Buhari referred to when she called out the cabal that has held the nation captive?

Is he the one directing the Nigerian National Petroleum Corporation do deduct billions from source without remitting to the Federation Account as exposed by the Governors under a change regime that is fighting corruption?

Or is Hon Dogara responsible for the illegal detention of Omoyele Sowore, former National Security Adviser Sambo Dasuki and the shameless invasion of the Federal High Court by the DSS?

Dogara and his colleagues were labelled as “unpatriotic” but did they also compel the patriotic President to keep signing “unpatriotic” bills passed by the “unpatriotic” 8th Assembly in October, 2019 long after they left and the constitutionally allowed time of 30 days had passed?

Was it the Eight Assembly that stopped the MDAs from implementing budgets such that their highest performance was never above 40 percent?

They are celebrating passage of the budget in December but was it Dogara who stopped them from presenting the budget early enough in September or October from 2015-2018? For the records, 2016 budget was presented on December 22, 2015; 2017 budget presented on December 14, 2016; 2018 on November 7, 2017 and the 2019 budget presented on December 19, 2019. From this record, it is obvious to every discerning mind that the 8th Assembly was set-up to fail and then they turned around to blame them but it didn’t work because there was a roll-over clause inserted in all the Appropriations Bills passed wherein the budgets ran for 12 calendar months from the date they were assented to by the president. The failure came from non-implementation by the executive.

It is left to be seen if this early passage of 2020 budget would automatically turn Nigeria into an Eldorado over night without implementation. Nigeria keeps sliding downhill into abyss and is gradually becoming a pariah in the comity of nations.

Already, only three years is left for the #Next level regime to perform wonders and convince Nigerians that they possess the magic wand and prove to the world that, indeed, it was Dogara and co who sabotaged them in the last four years and that now that they are out of the picture, Nigeria would be turned into a paradise on earth.

Certainly, the 8th House under Dogara demonstrated that it was the bulwark for the defense of the rights and privileges of the common man, the champion of the rights of the weak and poor and anchor for the wellbeing of the Nigerian people. Surely, posterity will be just and fair to Hon. Dogara for the leadership he provided in one of Nigeria’s most trying and challenging times.