The Lagos Chamber of Commerce and Industry (LCCI) has predicted that more Nigerians would become poorer in 2020. The chamber also said that the Nigerian economy would record a subdued economic growth of two per cent in 2020 while consumer demand as well as private sector investment would also remain weak in 2020.

The predictions were contained in LCCI’s 2019 Economic Review and Outlook for 2020, which was released yesterday by the Director General of LCCI, Mr. Muda Yusuf.

“This resonates with the position of World Bank and the International Monetary Fund (IMF) that growth will print at 2.1per cent and 2.5 per cent respectively, which is below the population growth rate of some three percent, implying per capita income will contract further, making more Nigerians poorer.

“Amidst continued global slow growth and trade wars, we expect growth to be slow albeit stable in 2020 in the face of implementation of recent policy measures by the government. We note that the Nigerian economy remains susceptible to external shocks most especially oil price fluctuations. Thus, we reiterate that government as a matter of urgency must intensify efforts in diversifying the productive base to other high-impact and growth-driving non-oil sectors like agriculture, manufacturing and services,” Yusuf said.

The chamber advised the country’s economic managers and policy makers to embrace structural reforms such as deregulating the oil and gas sectors, harmonising the multiple exchange windows, privatising redundant state assets, fixing infrastructural problems of poor power supply and bad roads so that Nigeria would be able to achieve strong growth of about six to eight per cent that is needed to effectively tackle poverty and unemployment.

“These reforms will in no doubt deepen investor confidence and make the country a better destination for private investment,” he said.

According to the chamber’s economic outlook projection, “headline inflation is expected to trend higher in 2020 driven by myriads of factors such as the implementation of new minimum wage, which will stimulate aggregate demand; continued closure of the land border; higher VAT rate of 7.5 per cent; early disbursement of funds for budget implementation following the return of the budget cycle between January – December cycle and negative real return in fixed income market,” which would discourage investment.

The chamber also stated that the Central Bank of Nigeria’s (CBN) ability to intervene in the foreign exchange market could be limited if external reserves sustained its downward trend, which could be triggered by lower oil prices and weak investor confidence.

“Going forward, we expect portfolio investment to dominate total capital imported to Nigeria as CBN will continue to lure foreign investors with high yields on OMO securities. Also, foreign direct investment will most likely remain weak if government fails to undertake desired reforms that are expected to spur capital inflows that would impact on growth.

“We expect the country’s debt profile to trend upwards by 2020 on approval of $3 billion credit facility from World Bank for power sector reforms and possible ratification of $29.96 billion loan request for infrastructural development,” Yusuf said.

Other factors that would led to higher debt profile, according to LCCI, also include “wider fiscal deficit (2020: N2.7 trillion; 2019: N 2.1trillion), increased appetite for government securities by institutional investors following their exclusion from OMO.

“However, the rising indebtedness of the economy calls for concern as increased debt stock failed to stimulate neither growth nor infrastructural development. Given Nigeria’s revenue challenges, the country will continue to spend a large chunk of its earnings to service debt.

“We expect continued lackluster performance at the equity market in 2020 as a result of unfriendly-business reforms which erodes investor confidence. However, we see increased interest by institutional investors in fundamentally-sound stocks, which will boost the market at least in near term but unsustainable without the implementation of growth-stimulating policies,” Yusuf said, adding that: “We see high cost of doing business in Nigeria, infrastructural challenges such as erratic power supply, congestions at ports, inefficient road and railway system combined with the multiplicity of levies, inconsistency in government policies and excessive regulations as constraints that may continue to hinder ease of doing business in 2020. While Nigeria may record improvement on the Ease of Doing Business Ranking, as a result of some recent policy measures, realities on ground will continue to differ if the challenges highlighted are not properly addressed.” 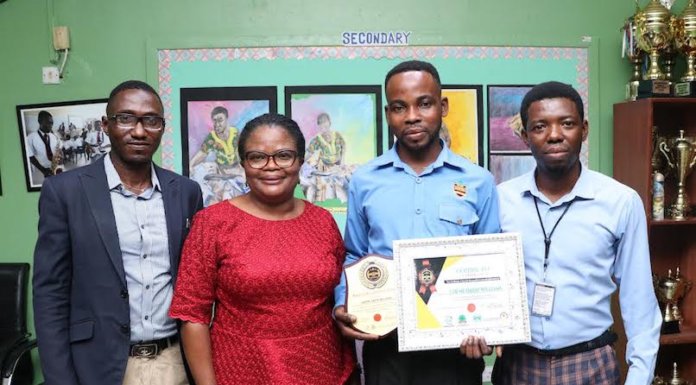