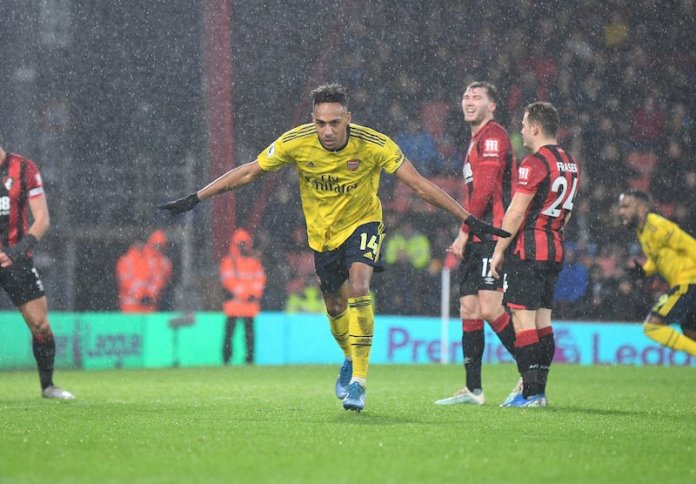 A second-half equaliser from Pierre-Emerick Aubameyang gave Mikel Arteta a point in his first game as Arsenal manager as his side came back from a goal down to draw 1-1 with Bournemouth in the Premier League yesterday.

The two sides came into the game in poor form, with Bournemouth having lost six of their last seven and Arsenal only winning once since beating Bournemouth 1-0 at the Emirates on October 6.

Arteta restored Mesut Ozil to the starting line-up and the German forward looked sharp in the opening exchanges, but despite Arteta energetically encouraging his team from the sidelines, they failed to create many chances.

Arsenal’s sloppiness was punished when they gave the ball away cheaply on the left wing and Bournemouth sliced through them quickly, midfielder Dan Gosling stabbing home Jack Stacey’s centre from close range to give the home side the lead.

The Gunners equalised in the 63rd minute as Reiss Nelson’s shot deflected into the path of Aubameyang, and he swivelled to rifle the ball home before a wild celebration with the traveling fans that earned him a yellow card.

Both sides created opportunities in the pouring rain, but neither could grab a winner and the draw left Arsenal in 10th place on 24 points, with Bournemouth four points further back in 15th.