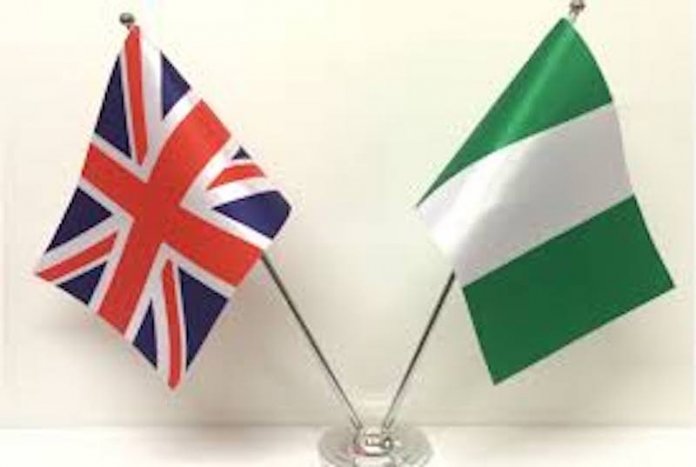 If a Nigerian had arrived Britain in November, he would need to tune to news channels to be aware that elections were due in few weeks. Campaign posters posted on every available space that is characteristic of electioneering in Nigeria are missing. He won’t find party flags hoisted indiscriminately nor will he see large party insignias mounted at capital cities. Football stadia or public squares are not taken over suddenly for mega rallies. British boroughs remain serene and scenic.

Why not; because every day Britain has no posters or banners defacing the town in order to the get attention of customers. You won’t find persons with megaphones and loudspeakers wheeling round town noising their products or programmes to the discomfort of the neighbourhood. Neither is one unable to sleep because of a vigil nor awakened by a minaret call for prayers. The laws of the land are not suspended because of political campaigns. Britain is the same before, during and after elections.

So how do British politicians get their messages across? As a parliamentary democracy, candidates campaign only within the perimeters of their respective constituencies, leaving only party leaders crisscrossing the country. The aspirants are only visible and heard when the postman drops campaign leaflets detailing their community commitments, personal pedigrees and political promises through front doors. They are also seen in city councils or in open spaces talking to a few hundreds. You also find them on primetime television along with flag bearers of other political parties debating their plans and policies before an enlightened electorate. You won’t find candidates, party leaders or supporters clad in party apparels dancing clownishly in front of a disinterested crowd that have nowhere to go. The gulf in the electorate is obvious. While one boasts of free and compulsory education up to secondary for all her citizens, the other features the highest number of out-of-school-children in the world.

Let me mention that UK candidates campaign on their individual merits unlike in Nigeria where lower tier candidates subsume their campaigns under that of a godfather or presidential candidate.

As Election Day draws closer everywhere, interest heightens but the least concern for the Briton is security. There is no need to deploy more security personnel because of the effectiveness of CCTV. You don’t find armoured tanks patrolling the streets or stationed at troubled spots. Borders are not closed neither are businesses shutdown. The polls held on a working Thursday and no public holiday was declared to “enable voters travel to exercise their civic rights” neither were schools closed temporarily for the elections. There was no speech by the head of government assuring the citizens of his commitment to free and fair elections.

Polls opened around the Isles by 7am before sunrise and closed 10pm well after sunset during winter solstice, when nights are at their longest. Like Nigeria, schools and other public places were used as polling units but they were indoors. Recording devices are not permitted anywhere close to the polling area. So you won’t find a politician waving his vote for the cameras or one interceding on the ballot box and more importantly, there is zero room for vote buying or selling.

So who is eligible to vote? Unlike in Nigeria where there are different biometric registrations and associated cards for diverse purposes, all one needs to be qualified to vote is to be a resident. The United Kingdom government updates its ledger of residents yearly by visiting each home for an audit. It is this catalogue of adults that serves as the voters’ register for any election or referendum. So like INEC, there are periodic reviews of the voter register.

What this implies is that the British voter can’t vote anywhere, contrary to what many Nigerians think. He votes only where he resides (he’s registered) and only for the MP of that consistency.

Different from Nigeria’s open-secret system where voter’s choice is secret but the vote is cast openly into a see-through ballot box, the Britons secretly mark a cross with a pencil for their preferred candidate behind the voting cubicle and cast the ballot paper into an opaque box. The ballot paper is a simple black-and-white (probably photocopied) sheet of paper containing the name and political party of the contestants. It doesn’t have a serial number or other security features and was not a sensitive material kept in Central Bank vaults. The polling booth has four electoral officials assigned to check for the intending voter’s name in the register, tick it, hand him the ballot paper and ensure there is a queue if necessary. No party agent. No security officer. No stamp pad. No indelible ink on cortex. No PVC. No card reader. And Nigeria guess what? NO ELECTRONIC VOTE. It was manual throughout.

As polls closed, the ballot boxes are taken to a centre without police escorts where the results are collated and announced. The returning officer announces the results of each contestant, who are all lined behind him/her. The returning officer also declares the percentage turnout of the elections for that particular constituency. It is here the winning candidate gives his acceptance speech. No fanfare. The losing candidates accept the result.

By the way, both Nigeria and the UK have two dominant parties, and dozens of other parties but no independent candidates.

It was then laughable when a Nigerian claimed the Conservatives’ victory was rigged because pencils, not indelible inks, were used to vote. Such suspicions don’t fly with the British public because power doesn’t fail, neither does water. The economy can be banked upon. Inflation won’t erode investments nor does the pound lose its weight to other currencies. Coins are still legal tenders. Britons live on mortgage because story won’t change tomorrow. Transportation schedule is trustworthy as road signs are reliable. Traffic lights work. Post office and phone booths still function in 2019. Groceries are safe for consumption likewise drugs from the pharmacy. Time on TV or train stations is the same on Big Ben: hour, minute and seconds synchronizingly the same. The society is trustworthy so election results will naturally not be contested.

So when exit polls were released, they were within the margins of error of the official results. Can we risk pronouncing winners before INEC in Nigeria?

It is the trust deficit in the Nigerian system that is affecting our electoral process. It is not an unsigned Electoral Act, lack of enforcement of the use smart card readers, it is not manual voting, and it is not the body language of the man in Aso Rock. The UK has been faithful to its citizens over time and so their elections don’t cost them a limb. It is good governance and societal reforms we need to invest in and not spending our scarce resources on endless electoral reforms.