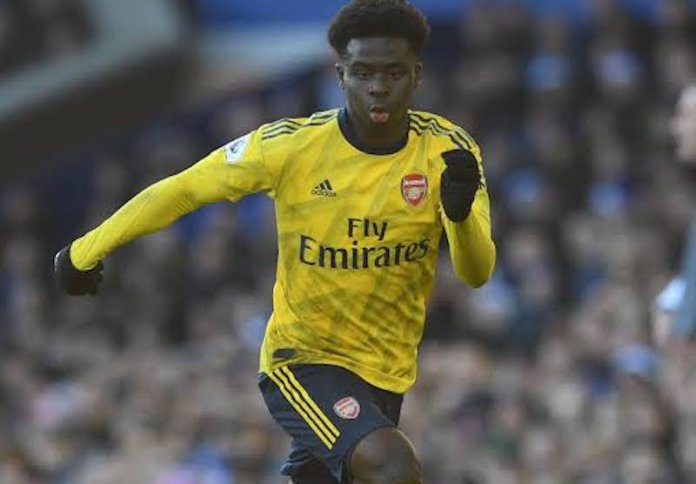 Femi Solaja with agency report
Following the spate of last minute change of mind by foreign-born players with Nigerian parentage, the Nigeria Football Federation (NFF), and the Super Eagles Head Coach, Gernot Rohr, may have ruled out the possibility of Arsenal winger, Bukayo Saka, from joining the team ahead of the busy qualifying matches slated for next year.

THISDAY learnt that neither the top echelon of the Glass House in Abuja nor the Franco/German tactician is interested in the latest romance with another Nigerian player abroad apparently due to the embarrassment previous moves had caused the federation in the past.

According to Opera News report yesterday, a top ranking backroom staff of the Super Eagles revealed that Saka’s chances of making it to the Super Eagles are slim as the Nigeria Football Federation is not keen on gunning for him.

The backroom staff further revealed that although there could interest in the winger in the future, the general feelings among NFF chieftains and Rohr is that he should be allowed to continue his development at Arsenal as it would be too early to rush him into international football.

’’There are so many players of Nigerian descent that we are looking at and Saka is one of them.

“However, a move for the Arsenal starlet is not the priority now because we have some players in the team who are also technically gifted. With due respect to Saka, players like Samuel Chukwueze, Samuel Kalu and even Moses Simon who are playing same roles as him are doing well now.

“It is hard to believe that the Arsenal player is better than them. He’s still young; he still has plenty of time and Rohr really likes him but he feels it is not time to bring him in,” the staff remarked.

Earlier in the week, Saka had given hints regarding his desire to play his international football with Nigeria despite featuring for England at the junior levels.

The starlet who broke into the Gunners first team this season is hoping he can follow in the footsteps of Alex Iwobi who pledged his allegiance to the country of his parents and became a mainstay of the Nigerian team.

However, the 19-year-old said in a recent interview that Nigeria was yet to contact him on the possibility of changing his nationality.

Recently, the duo of Chelsea teenage stars, Tammy Abraham and Fikayo Tomori were on the watch list of NFF boss, Amaju Pinnick, and was in contact with their parents but both players changed their mind in the last minutes and joined the Three Lions of England.