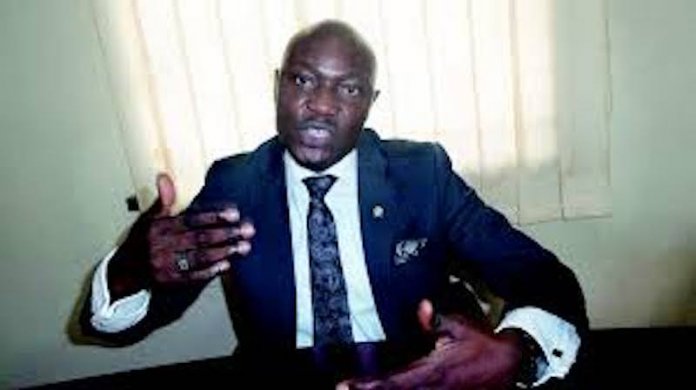 The Information Officer, Inter-Governmental Action Group Against Money Laundering in West Africa, Timothy Melaye in this interview with Ugo Aliogo, speaks about the focus of the organisation in the anti-corruption fight, among other issues. Excerpts:

What has been the focus of Inter-Governmental Action Group Against Money Laundering in West Africa (GIABA) in the anti-corruption fight?
GIABA’s focus has been building the capacities of stakeholders in member States of ECOWAS to fight Money Laundering and Terrorist Financing in West Africa. As corruption is one of the prevalent predicate offences of money laundering, GIABA has worked with several anti-corruption agencies through training and other technical assistance.
How much progress have we made as a country in the anti-corruption fight in 2019?

Nigeria as a country is making progress, and I commend the agencies of government working in this area. However, more is required to win the fight. We must build a strong and integrated system that will prevent corruption, and where it by chance happened, our system should help in discovering it, and prosecution afterwards. This involves the total strand of our criminal justice system. We are far from there, but we have left where we were.

How much efforts have GIABA made in tracking the entry of illicit financing across our borders in the West Africa sub-region?
GIABA do not have a direct responsibility based on its mandate to track illicit financial flow entering each country. However, indirectly, GIABA supports relevant agencies in member States to track IFF and address all predicate offences of money laundering. GIABA also receives reports and data from member States which helps the organisation to keep track of IFF.

One of the progresses GIABA has made in its anti-corruption fight is installation of currency scanners at airports in different countries across the continent. Is it sustainable and what other measures are you putting in place?
Yes, GIABA supports some member states to install currency scanners in their airports. Of course, this is in addition to many other efforts, including training of boarder control officials in the law enforcement officers’ training, including specialised training for financial institutions.

How can we guarantee the full autonomy of the anti-craft agencies to ensure that they don’t compromise standards?
The law establishing the anti-corruption agencies should be their source of power and that of their autonomy or independence, if found wanting, then amendment may be required. The act establishing the agencies should insulate the agencies from power interference. If not done through the law and enforced in practice, it’s always a difficult task to manage.

There is a view in some quarters that the anti-graft war by the Economic and Financial Crimes Commission (EFCC) is a witch-hunt. Do you share this view if not, why not?

The anti-graft agencies are doing their job within their sphere. More efforts are required. I have heard the same that some cases may be witch hunting, well, we should ask if the people being tried have committed any offence or not. If they haven’t committed any offense, the cases won’t fly in court. Otherwise, the judicial system ordinarily should address this concern.