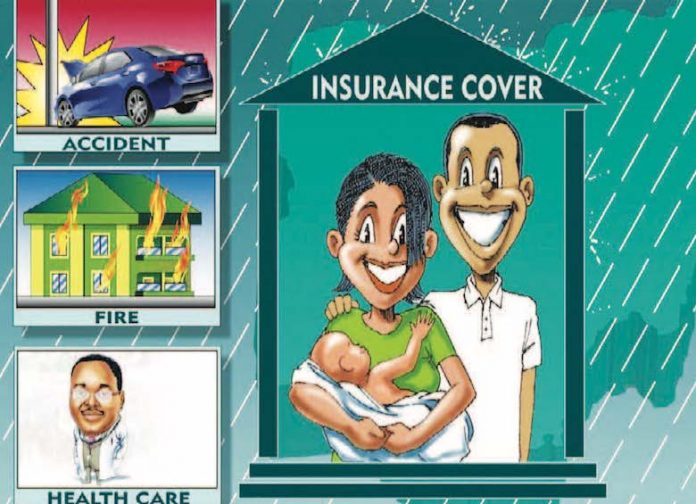 The insurance industry in its continued struggle to realise its potential in 2019, met a lot of challenges.
Top among these challenges was harsh business climate which manifested itself in lull in underwriting business as not many of the expected policy renewals came the way of insurers during the year.

The problem was compounded by the regulator’s demand for over 300 per cent increase in the minimum paid up share capital of operating firms and persistent apathy of Nigerians to insurance.

Indeed, as the industry operators were about to heave a sigh of relief from the trauma of the tier base capital increase which was early in the year canceled by the regulator in response to court injunction, few months later, precisely in May 2019, the regulator came up with a tougher version of the capital increase and gave a June 30, 2020, deadline for compliance.

Going by the new capital regime, life insurance underwriting firms, which currently trade with N2 billion as their minimum capital, will compulsorily by June 30th, 2020, shore up their capital to N8 billion, representing 300 percent increase.

This high level of capital increase during the year kept the underwriting firms on their toes as instead of chasing businesses to bring in more policy contracts, insurance operators went in search of both foreign and local investors.

While some of them were lucky in this regard to get strong global players that injected funds into their operations, others chose to float rights issue to their shareholders.
Nonetheless, during the year, many insurance firms that visited the capital market to raise funds were disappointed because of shareholders’ apathy.

The regulator on its part, appeared to have gotten a premonition of the development as NAICOM had predicted the brick wall to be faced by those that intended to raise capital through rights issue and had advised them to go for private placement.

NAICOM Director Policy and Regulation, Mr Pius Agboola, had said at a recent forum, that, “though most of the 44 firms whose plans have been approved preferred capital raising through right issue and IPO, capital raising through private placement would have been their best option.
“Many of them may have to come back to the commission for a review of their plans two firms have already come back

“Private placement, mergers and acquisition are good ways to go, in the previous exercise which took place between 2005 and 2007, a number of firms that went by the way of mergers are still doing well in the market today.
“Currently, only six firms have indicated interest to go into merger but they are still fine tuning their plans.

“Also, 44 out of 58 insurance firms have submitted their recapitalisation plans to us and we have okayed their plans. Six recently submitted we have reviewed and referred them back, two are under review, another two have not submitted mainly because of their current state of operation.

“So we can say that 90 percent have submitted and are okay but there is possibility that they will come back for review of their plans because some that went for IPO two have come back for review, private placement is a good way to go also mergers and acquisition, I have seen six firms that have opted for mergers in twos.” Agboola said.

He, however, pointed out that some firms may want to borrow money from the bank at 20 per cent interest rate, which he said would not be the best option.

He, therefore, said for those going into mergers and other means of fund raising, NAICOM has consulted with other regulators like Corporate Affairs Commission, SEC, NSE, CBN for a reduction in the cost of doing that.
Meanwhile some firms speaking with THISDAY on their level of success so far regarding the recapitalisation sounded very optimistic on their anticipated success.

These were mainly firms that were seen as beautiful brides by foreign investors who have seen the recapitalisation exercise as an opportunity to spread their investment tentacles to Africa, Nigeria in particular.

Among them are Allianz which invested in Ensure insurance to transform it to Nigerian local operating entity with the name Allianz Nigeria.

Royal Exchange Assurance was able to attract the InsuResillienceInvestmentFund(IIF) established by the German Development Bank and managed by Swiss based Impact Investment Manager, BlueOrchard Finance Investment, to acquire 39.25 percent into its general business company.

The company is still searching for more foreign investors in its life insurance subsidiary.
Other firms like Niger insurance are also looking for foreign investors.
Aside the recapitalisation issue, another issue that was a concern in the sector was the, “no premium no cover “issue.

Within the year, not much came from group life insurance business of both federal and state governments.
Indeed, regarding the group life business which is where bulk of underwriters’ income come from, government agencies in charge released about one quarter of the budget proposed by government.

Commenting on her own company’s experience in this regard, the Managing Director, African Alliance Insurance, Mrs Funmi Omo, said, “business climate has been very harsh particularly those on specialised business who relied on government.

“Government has remained the highest spender, it is unfortunate that government that supposed to be the secured base for most Nigerian businesses has not been able to do that.
“Most parastatals are under head of service.

“The economic environment has been harsh. However, in order to survive, we have to be more creative to bring in innovation. That is why we are deepening our foot print to the retail sector to be able to provide succor to families. It is only when we bring products that serve the need that we can bring succor to Nigerians”.
Suffice it to say that the industry in 2019, suffered a carried over of most of the challenges it was confronted with in 2018.

Prominent among these challenges were the insecurity in the country as a result of continued activities of the insurgents and lack of trust and confidence from the insuring public which could not allow operators to realise their dream of growing the retail insurance market which holds the key to the overall growth of the sector.

The insecurity situation in the country culminated in increased claims coming the way of insurers while premium growth failed to match the rate of claims increase.
The overall effect was that most firms failed to grow their top line while realisation of the industry’s tall dream of metamorphosing to trillion Naira market remained a mirage.

Today, with total gross premium of the industry still hanging below N400 billion, far below the industry N1 trillion target it had fixed in 2009, operators have alluded to the fact that their performance during the year under review was below optimal potential .

Also, activities of some errant operators who indulge in shirking claims helped to discourage the insuring public the more.

Against this backdrop, the key industry operators towards the end of the year challenged the National Insurance Commission( NAICOM) to raise its regulatory powers against errant operators and fish out those whose activities have continued to erode trust and confidence of the insuring public in order to encourage Nigerians to patronise the industry to grow its top and bottom lines.

NAICOM was also advised to employ the, “name and shame,” strategy against operators who often shirk payment of genuine claims to build public confidence and make its efforts to implement financial inclusion strategy in the industry work.

In addition, the industry within the year still grappled with the challenge of technological changes, demography, and consumer needs and expectations
At the year’s edition of the National Insurance Conference held in Abuja, operators deliberated on disruptions, innovation and business growth.

According to them, disruptive technology is a game changer for insurance sector growth.
They alluded to the fact that insurance digital solution such as Trov powers digital insurance solution for innovative businesses in the finance, insurance mobility and retail sectors enables the new way people live, work and move.
The need for industry to develop a reliable and functional data bank was also emphasised at the conference.

According to PwC Nigeria, one of the leading professional services companies, in the face of this, many insurers responded by re-imagining their internal operations and business strategies.

But it pointed out that the pace of change outside the industry has been relentless and even proactive companies struggled to remain on the cutting edge.

In all, a total of four micro insurance firms were licensed by the regulator during the year even as more are on the verge of obtaining license as well.
In the view of the operators, the year 2019 was more or less a year of capital consolidation and business retooling.