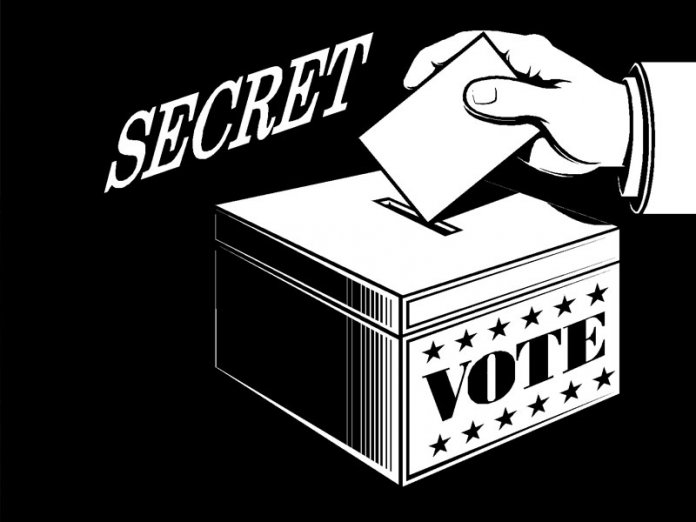 “‘Oshiomhole must stay’ posters flood APC secretariat” (NATIONAL NEWS Headline, November 27) Get it right: ‘Oshiomhole-must-stay’ posters
Wrong: secret ballot; right: ballot (which is strictly an act of exclusive secrecy).
Wrong: log of wood; right: log
From News around the City of November 26 come the next two blunders: “Court remands Mompha in Ikoyi prison over alleged N33bn money laundering” Delete ‘prison’ as it is encapsulated in ‘remand’. Rarely, we can have a court remanding a suspect in police or EFCC custody, which, of course, will be expressly stated.
Wrong: PDP Governors Forum; right: PDP Governors’ Forum
“Moghalu to speak on potentials (potential or potentialities) of Nigerian youths at IB awards” ‘Potential’ is uncountable.

“Construction on Ajaokuta-Kaduna-Kano gasline begins soon, assures Buhari” This is no more news: who did the president assure this time round?

“How Shell staffs connived with police to extort N3m from me” (POLITY screaming headline, November 30) In this context, use either ‘employees’ or ‘workers’—not ‘staffs’ which is a non-pluralized collective word like ‘personnel’. ‘Shell staff’ refers to the entire people in the employment of Shell.
“Ruiz Jr. vows to knockout (knock out) Joshua early in their rematch” Phrasal verbs cannot be compounded.
“The health centre is not accessible” (Oriental News, November 27) For headline purposes: Health centre inaccessible

“God only against drunkeness, not taking of alcohol” Food for thought: drunkenness
“Pomps (Pomp) as Chidoka performs New Yam Festival”
“Harpic, FG aim towards elimination of open defecation” (MARKETING MATTERS, December 4) Please aim at—not towards. You can aim to do something or aim for something—otherwise, you aim at….
“Ruling party‘ve (sic) questions to answer over electoral violence” The ruling party has (not have) questions to answer for sure!

“I cleared all debt (debts) before handing over—Al-Makura” (Arewa News, December 4)
“The Board of Trustees of…announce (announces) with gratitude to God….”
“Governor Babajide Sanwo-Olu of Lagos State (left) and All Progressives Congress (APC) Nation (National) Leader, Asiwaji (Asiwaju) Bola Tinubu….” (NATIONAL NEWS Caption, December 4)
“Mr. Onyema is at peace with the Federal Government and has in various occasions (had on various occasions) commended….”

“…had stood for him in many times, in promoting and encouraging….” This way: stand by him many times
“In all, the government should address these challenges if it hopes to attract more FDI (FDIs).”
“He said the bill was an eye service (lip-service) by the sponsors and described death penalty as crude and wicked.” (Politics & Power, December 4)
“Day entertainers, others sensitised (sensitized, preferably) residents on (to) adoption” (Abuja METRO, December 4)
“Community counts losses after herdsmen (herdsmen’s) attack” (Oriental News, December 4)
“Inmates prefer begging for alms—Rehab centre” (Source: as above) Headline imperative: alms begging—not begging for alms
“Those against restructuring want Nigeria to breakup (break up)” (Politics & Power, November 26)
“CreditPro, Metrowoman to train 30 women on (in) entrepreneurship” (Banking & Finance, November 26)
“COAS commissions (inaugurates) reconstructed ATBU bridge” (AREWA NEWS, November 26)
Wrong: rest in perfect peace; right: rest in peace
“On this auspicious occasion of your 71 (71st) Birthday….”
Wrong: if and when; right: use either ‘if’ or ‘when’—not the two to avoid overkill!
“Mambilla power project: White elephant project defying Chinese magic,” (THE BUSINESS REPORT, December 2) ‘White elephants’ are frivolous projects that will never be completed. So, white elephant defying Chinese magic
Wrong: kidnappers den; right: kidnappers’ den

“You can get a facility of up to N500 million at an interest rate of 9% over a 10year (10-year) period to grow your business.” (Full-page advertisement by Zenith Bank, THISDAY, December 14)
“Turkish Airlines pledges upgrade aircraft” Get it right: aircraft upgrade
“UBA Foundation trains school children on vocational skills, others” This way: instead of ‘school children’, use ‘pupils’ and ‘students’

“Today, I looked (look) back and I thank God.” (THISDAY PLUS, December 14)
“Winners emerge in Glo Recharge and Win Big Promo in Enugu” THISDAY POLITY: Recharge-and-Win Big Promo
‘We are in a democracy and the role (rule) of law must be practiced (practised) at all times no matter whose ox is gored.” (Source: as above)

“Britain handed over the reigns of power to the politicians.” Modern English: reins of government.
“One even wonders why government did not adopt that method from the onset (outset).”
“This is true given the restricted and guarded comments from those who have been priviledged to view the clips.” Spellings count: privileged.
“Government needs to put (get) its acts together and prosecute the kidnappers.” My own comment: get its act (not acts) together.

“Vigilante group accused of murder“…Get it right: vigilance group.
“Apart from all these, the debt recovery (a hyphen confirms class) level of the banks have not been any issue of interest to NDIC.” Question CBN has to answer, debt recovery has (not have).
“It is believed in some quarters that the Nigerian Police has….” THE NATION: the Nigerian Police have.
“And the leaders, being new on the saddle of political leadership (another comma) were.…” The challenges of good grammar: in the saddle.

“As a new democracy, there was (were) bound to be problems.”
“In the course of the crisis, Awo and some of his lieutenants were arrested and charged for (with)….”
“The ethnic colouration of the coup led to a counter coup (a hyphen) in July 1966.” Spell-check: coloration.
“Have the previous exercises impacted meaningfully on the lives (life) of the average Nigerian?”