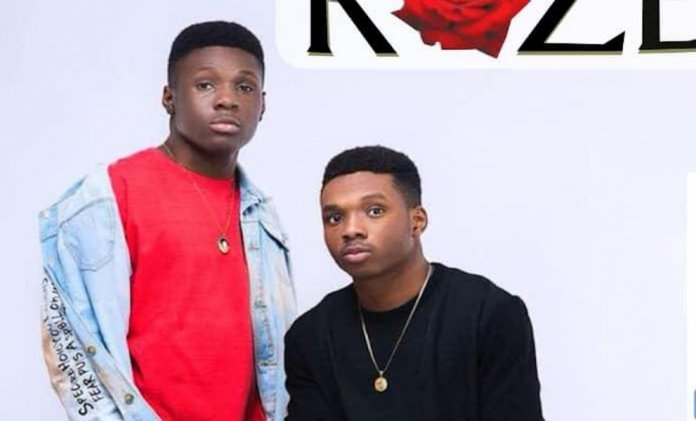 Nigerian US-based singing duo and brothers, Eghosa Rodney Agbonayinma, aka ‘Row’ and Osazuwa Michael Agbonayinma, aka ‘Zuwa’ of the group known as ROZE are back in Nigeria to wrap up the year with a bang. No sooner they touched down in their fatherland than the video of their mesmerizing single ‘Patience’ dropped.
The video, which has been lauded for its visual quality and creativity dropped on the midnight of December 18, 2019, the same night the brothers took the Eko Hotel stage by storm, giving an exhilarating performance at the first signature concert of Zlatan Ibile. The last time they were in Nigeria was at the AY Live show in April of this year, at the same Eko Hotel and Suites and the audience had a delightful time humming to a couple of singles like ‘The Whole Night’, ‘Stranded’ and ‘Patience’ from the duo.
On account of their performance at the Zlatan show on Wednesday night the singing duo received endorsements from some established figures in the entertainment industry. One of such people to rate the guys very high is Olisa Adibua of Beat FM and Daddy Showkey. After listening to the boys, Adibua was effusive in his praise of their vocals and performance, saying people should watch out for them.
“They are here to take over, watch out for ROZE”, he said.
ROZE first appeared in 2014 while working on a test project, titled ‘Time to Party,’ which was never released. However, they later reappeared in 2016, being introduced to producer, Mekoyo, who has produced for artist such as Style Plus.
The video for patience was shot in Lagos by Unlimited LA but produced by GospelOnTheBeat under U&I Record Label. The duo are prepared for the holiday concert lineups, first of which has been the Zlatan show.