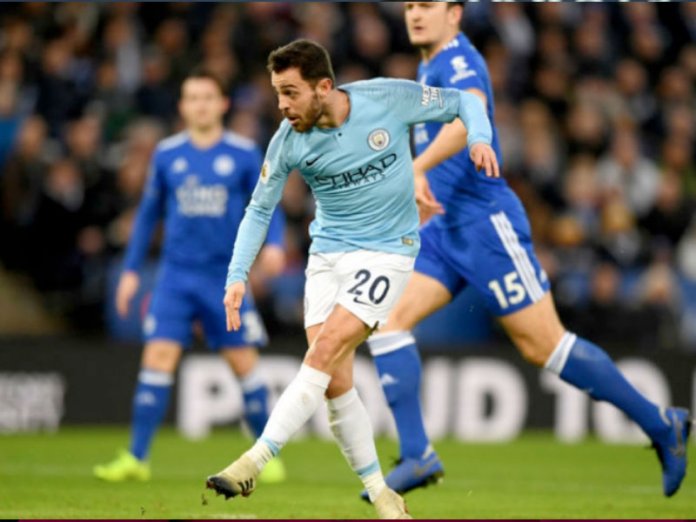 Manchester City welcome Leicester City to the Etihad Stadium today knowing that even victory would not see them leapfrog the high-flying Foxes in the Premier League table. The champions are currently four points behind their weekend opponents, although the match does give them an opportunity to close the gap on leaders Liverpool

Man City go into the game off the back of a 3-1 win over Oxford United which set up a Manchester derby in the semi-finals of the EFL Cup, and another meeting with Leicester could potentially await in the final.

It’s been a shaky few months to get the season up and running for Manchester City, with many fans and pundits alike being given reason to believe that things aren’t going quite as smoothly for them. From dropping points to injuries mounting up, Pep Guardiola has a real task on his hands to steer the club towards a successful campaign. They can only take things one step at a time, of course, with this game against Leicester being crucial to their hopes of hunting Liverpool down.

Manchester City have had a series of slip-ups lately including a defeat to Manchester United and draws against Shakhtar Donetsk and Newcastle United. They did walk to victories over Burnley, Dinamo Zagreb and Arsenal, though, so perhaps all hope is not lost after all.

Meanwhile, Leicester have surprised quite literally everyone this season by getting themselves into a position where they are considered to be Liverpool’s closest challengers in the title race. Brendan Rodgers has done a phenomenal job with this side and would have done a great job regardless of what happens for the remainder of the season – but it’s clear to see they want more. They want to push the Reds all the way, and making a big statement against a team like Manchester City is the way to do just that.

The draw against Norwich last time out brought their winning run to an end, but that shouldn’t take the gloss off of victories against the likes of Arsenal, Brighton, Everton, Watford and Aston Villa to name a few.
Brendan Rodgers appeared to concede he’d erred with his tactics at the start of the game against Norwich—promptly withdrawing Kelechi Iheanacho before the interval, but his side relied upon a 38th-minute own goal from Tim Krul to salvage a point.

Against Everton in the Carabao Cup in midweek, they tore into a two-goal lead inside the first half-hour—through James Maddison and Jonny Evans, but ultimately required penalties to advance after Tom Davies and Leighton Baines dragged the hosts back into the tie.

They’ll need to be much more resilient at the back, and more convincing than they were going forward against Norwich, if they’re to take a point away at City.

Since defeat by Manchester United in the derby earlier this month, the reigning champions have responded in style; they’ve won their last matches with a 10-2 aggregate scoreline, and will look to build on last weekend’s demolition of Arsenal when the Foxes come to town
With Liverpool not in action this weekend, this match represents a valuable opportunity for both sides to heap some faint pressure on the leaders.

Jurgen Klopp’s men have won 16 of their 17 Premier League matches so far to give fans realistic hope of ending their 30-year wait for a top-flight title in England.

And Murphy, who played for Liverpool between 1997 and 2004, says he would be ‘amazed’ if the Reds threw their lead away.

He told talkSPORT: “I think it the title race is done.
“Is anyone capable of winning three of four games if Liverpool lose three or four? They’ve got to lose four, really, and the other teams have to win while they lose.

“No other team is showing that. Leicester are on a good run, but they have not got the capability of winning games until the end of the season, whereas City did that last year to catch Liverpool with 14 successive wins.
“I’d be amazed now if Liverpool threw it away, I’d be devastated.”

If Liverpool’s healthy lead at the top of the Premier League table continues into February, they could shift more focus on to retaining the Champions League.
Also in action this weekend, Chelsea come to the new White Hart Lane in a battle between teacher and student on Sunday.
Jose Mourinho has overseen a significant improvement at Tottenham Hotspur since replacing Mauricio Pochettino, and four wins in their last five have dragged them back into Champions League contention.

Spurs’ improvement has coincided with a significant drop in form from Chelsea—who have lost four of their last five and Tottenham would climb above their city rivals with victory at home in Sunday’s blockbuster bout.

The match will, of course, have specific significance for Frank Lampard, who enjoyed great success at Stamford Bridge under Mourinho’s tutelage but is currently struggling to lift his side from a bad run.

Another intriguing match-up in the Premier League this weekend, to kick off the weekend’s action, is today’s early meeting between embattled duo Everton and Arsenal.

Both of these two are expecting new managerial appointments imminently, but with Duncan Ferguson and Freddie Ljungberg having experienced differing fortunes during their interim tenures to date. Today’s match has the potential to be a genuine spectacle.