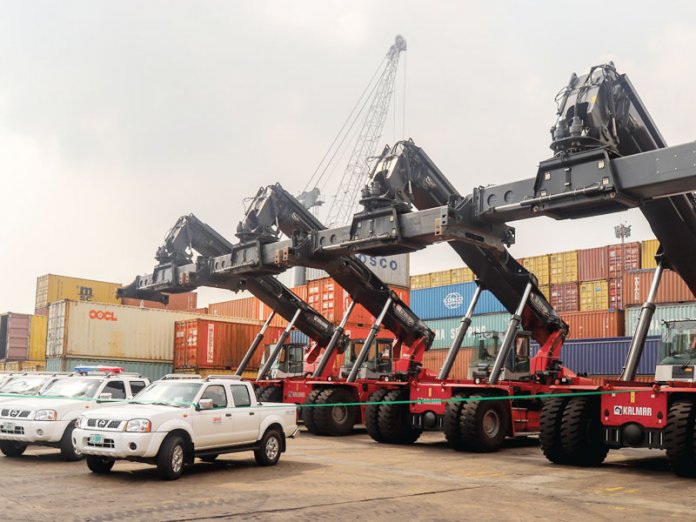 Dutch firm Royal Haskoning BV was commissioned to study Nigerian ports preparatory to the reform. The resulting report, called Haskoning Study was submitted to the federal government and was accepted as a cogent x-ray of the Nigerian seaport system. The report criticised the over-centralisation of administration that saw Nigerian Ports Authority (NPA) function as both regulator and operator, the overlap of authority in the system and the duplication of efforts. It recommended a “Landlord” port administration model where government’s role would be restricted to policy formulation while private operators undertake the day to day running of terminal operations, stevedoring, warehousing; and investments in port equipment and infrastructure, among other activities. The report called for NPA to be unbundled into three zones and for concessions by open bidding.

After examining the report, the National Council on Privatisation (NCP), endorsed the “Landlord” model, and under a new transport policy NPA was given the role technical regulator to manage the ports for which there were no bids. The National Transport Commission (NTC) was to become commercial regulator while National Ports Commission would become overall coordinating agency for the ports sector. Five landlord port authorities were slated for Lagos; the Niger Delta; Port Harcourt; Calabar; and the Inland Ports. A total of 25 concessions were identified in 11 ports and there were bids from 110 companies to manage eight ports: Bonny, Calabar, Koko, Port Harcourt, Sapele, Apapa, Tin Can & RORO.

With bids submitted by March 2005, concession commenced in 2006 and 20 concessions were concluded. In March 2006 the concessionaires commenced operations.

The flagship concession, Apapa Container Terminal was signed in March 2006 with APM Terminals, which had taken over P&O Nedlloyd earlier in the year. The Danish shipping firm, A.P. Moller (APM Terminals’ parent company beat 25 other bidders to the 25-year concession.

Prior to the concessioning of ports to private operators in 2006, doing business in the nation’s ports was a hellish experience laced with a myriad of problems.
Some of which were, turnaround time for ships, leading to ports users waiting endless before their cargo could be loaded or discharged.

“Most of the few cargo-handling facilities owned by the NPA were moribund, so shipping companies had to hire such facilities from private sector sources, leading to extra costs. Dwell time for goods in port was so long that overtime cargo filled the most active seaports and led to massive port congestion. Labour for ship work was controlled by a mafia that controlled dockworker unions and had no scruples supplying less than the manpower paid for. Many port premises that could have been put to good use were abandoned, giving maritime businesses less options, “a leading operator told THISDAY.

Need for New Equipment
However, as the years went by, the need for new investment in port equipment to boost efficiency became obvious. This is because ports provide variety of service activities for vessels, cargo and inland transport. The degree of satisfaction obtained by the shippers will indicate the level of port performance achieved. Therefore, the ports have to offer very satisfactory services to vessel operators and at the same time managed to provide optimal infrastructure based on the expected vessel type and cargo to be handled. The port performance thus requires a set of measures related to vessels stay at port, rate of loading/unloading the cargo and quality storage/inland transport. There exists a strong interrelationship between these set of measures and various port performance indicators.

Ports & Cargo’s Investment
In recognition of this and in order to position itself as a first-choice terminal for importers, exporters and shippers in Nigeria and West Africa as a whole, Ports & Cargo Handling Services Limited, the flagship company of SIFAX Group, acquired some new equipment worth over 20 million Euros.

At the inauguration of the new equipment in Lagos, Group Managing Director, SIFAX Group, Mr. Adekunle Oyinloye hinted that the acquisition was part of the company’s strategic investment to deliver quality service to its clientele and to further attract more patronage.

“With our new internal restructuring project code named Quantuam Leap, SIFAX Group is repositioning itself to become the first choice terminal not just in Nigeria but in West Africa. We have also set a target that will increase our revenue with over 300 per cent in five years. One of the ways, we can achieve our set targets is to first begin with investment in equipment which will complement our excellent personnel asset. These new equipment are the best and latest in town, they will catapult us into the next level growth we are working towards,” he noted.

Managing Director, Ports & Cargo Handling Services Limited, Mr. John Jenkins, said there was a need to acquire the latest equipment in order to meet the architecture requirements of modern ship calling the terminal.
He noted further the company was already engaging several shipping lines in order to boost the company’s clientele base.

In her remarks, Assistant General Manager, Operations, Aisha Ali Ibrahim, who represented the Managing Director, Nigerian Ports Authority, Hadiza Bala-Usman expressed delight at the new acquisition, adding that it was a thing of joy that an indigenous company, Ports & Cargo Handling Services Limited, is competing favorably with foreign multinationals in the maritime sector in terms of investment, manpower and quality of service delivery
Also, the Managing Director, Mediterranean Shipping Company (MSC), Nigeria, one of the world’s foremost shipping lines, Mr. Andrew Lynch, also congratulated Ports & Cargo on the acquisition of these equipment. Lynch explained that the partnership between Ports & Cargo and MSC will be better forged with the acquisition of these equipment.

He said: “Ports & Cargo and MSC have both forged an alliance which has been one of the best partnerships in the maritime sector. We are excited that these new equipment will enhance the discharge of more cargo volumes at the terminal.”

For Norman Herzberg, Sales Manager, Africa, for Lierherr Group, his company is delighted to be the partner in the supply of some of these equipment.

He noted that the newly-acquired mobile shore cranes LHM 500 are the latest technologies with wider reach into the vessels and can discharge faster effectively and efficiently.

Five-year plan
The new investment did not come by accident as the company’s long-term vision is to remain the number one player in the industry. The company had recently reeled out its five-year strategic plan, a plan that involves continues investment to ensure port efficiency. Oyinloye had while reeling out the company’s five-year Strategic Growth Plan in a chat with newsmen in Lagos, said the company would continue to invest in the country to ensure Nigeria regains its status as the hub of port operations in West Africa.

He also announced that the company has floated another subsidiary, Sky Capital and Allied Company Limited, primarily to finance its various businesses.

The new company, he added, would carry out financial services such as Bureau De Change, business financing, assets management and a whole lot of others.

Oyinloye also announced that Sifax Group has increased its number of bonded terminals with a recent partnership with Mid Maritime Bonded Terminal in Apapa and another expansion at the Okota Bonded Terminal.
The Sifax boss also announced that Sifax Group would soon be receiving big ocean liners at Warri terminals, Ocean and Cargo Terminal in Warri Delta State.

He said the group has brought new hands onboard its management and restructured to position itself ahead of what will happen in the maritime industry for the next five years.

He decried the poor state of port access roads, adding that it affected its performance in the first quarter of the year.

To remedy the situation, Oyinloye advised the federal government to link the Tin Can Island Port to the rail network for easy evacuation of cargoes.

He said: “Our major challenge remains lack of access roads to and from the port, we wish the roads can be speedily restored because that was the pride of our port at one point.

“A number of our consignment that spend some extra days at the port have no reason to be there if the roads were good, delivery would have been smoother, transfer would have been smoother. We wish the government would also think beyond the road and link Tin Can Port by rail. This again would make evacuation a bit easier. On our part, we are ready to play any role that the government wants us to play to make all these happen.

“It is quite a shame that some ports in the coast of West Africa are now taking shine off the Nigerian port, if you go to Lome port now in Togo, it is a hub, I wish that Nigeria as big in size and economy that we are, should be the hub for West and Central Africa.”

In terms of containers handled at the terminal in TEUS, he said Sifax Group recorded a slower number of volumes of container, saying that this is because other ports around us, Cotonou, Cameroon are getting smarter.

“For the second half of the year, we believe access in and out of the port might improve for the rest of the year and turn around would be better and increase business volume. We are paying in taxes to the federal government, to State and Local Government in millions of Naira, we are happy paying it as a responsible organization, but we want government to see this as our own contribution towards the growth of the economy as well, we are one of the biggest tax payers around here and we would be more proud if we see the impact of this tax on the streets, schools, hospitals and every socio infrastructure that touches life of Nigerians,” he said