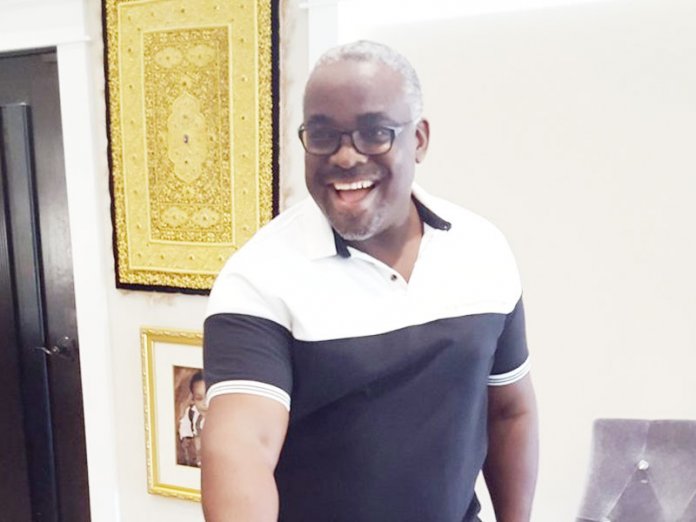 The University of Nigeria Nsukka (UNN) recently played host to a former Special Adviser to former President George Bush of the United States of America on Science and Technology, Emeka Ken Nwabueze at the 2019 Investiture and 3rd Distinguished Personality Lecture held at the University, where new targets were set for the University on Prof. Chinua Achebe, ICT and Entrepreneurship.

The occasion sparked off an interesting parley between the host and the visitor upon which a target on how to develop and enhance Information Communication Technology (ICT) and entrepreneurship studies in the university for the benefits of the students was set.

Similarly, a target to establish Chinua Achebe Study Centre at UNN following a demand for it by the Dean Faculty of Arts Professor Nnanyelugo Okoro was set.

Nwabueze, who was the guest lecturer, said he was ready to partner the university on ICT and entrepreneurship, assuring that he would bring his wealth of experience in the field of technological innovations to bear on the direction and ultimate destination of the project.

“This model is responsible for why there are more billionaires in Southeast Nigeria than any other part of Africa. We can comfortably say that many of today’s billionaires in the Southeast Nigeria-business magnates like Chisco, Innoson, Coscharis and many others-are products of the apprenticeship model. Igbo apprenticeship is a model that needs to be studied, analyzed and innovated to keep up with changes in business environment and technological advancement,” Nwabueze who boasts of some technological patents, said.

“Igbo Apprenticeship Model is the most successful, largest and longest running business incubation model ever known to mankind. It is also the longest and perhaps the largest informal venture capitalist system in the world. Here is another face about Igbo Apprenticeship Model that may surprise you. It is the most effective system in the world for reducing mass scaled inequality and for elimination of abject poverty in any society. This system of building wealth surprisingly does not promote extreme capitalism, nor does it support socialism,” he added.

Identifying what he described as current problems with Igbo Apprenticeship Model, he noted that “inadequate legal structure is top of the list with current issues of integrity of our legal system in Africa.”

“It has been argued that it becomes largely ineffective due to years of decay in morality and acts of sabotage amongst major stakeholders in the apprenticeship system. Furthermore, there was no effective legal,” mechanism to sanction violators of acts. The model is unrecognised, broadly informal without a defined vocational profile or framework,” Nwabueze said.

He explained that he has made a headway in using the Igbo Apprenticeship Model to create employment and a process of digital economy for the benefits of the youth similar to apprenticeship.