The apex court in a unanimous judgment held that the governors were lawfully elected and therefore should remain in office.

In affirming Makinde’s election, the apex court agreed with the submissions of his counsel, Chief Wole Olanipekun (SAN), that the majority judgment of the Court of Appeal, which nullified the judgment of the Oyo State Election Petition Tribunal that had earlier upheld his election, was flawed.

In a four-to-one majority judgment, the Court of Appeal had voided the tribunal’s judgment on the grounds that the tribunal decision was perverse because the petitioner, Adebayo Adelabu of the All Progressives Congress (APC), was denied fair hearing in the matter.

However, the apex court upheld the submissions of Olanipekun that the tribunal’s judgment was in order and that no party was denied fair hearing by the tribunal.

Justice Ejembi Eko, who delivered the lead judgment, agreed with Olanipekun that the majority judgment was not in line with the position of the law, unlike that of the minority judgment, which he said was more sober.
Justice Eko therefore allowed the appeal, set aside the judgment of the lower court and restored the decision of the tribunal as prayed by the appellant.

In the Katsina State case, the apex court upheld the submissions of Prince Lateef Fagbemi (SAN), counsel to Masari, that the governor, who was the first respondent, was eminently qualified for the March 9 governorship election.

The court also agreed with Fagbemi that the appellant, Senator Yakubu Lado, did not challenge the basic qualification of the governor, other than mere allegations of submitting false information to the Independent National Electoral Commission (INEC) for his clearance for the election.

Justice Mary Peter-Odili, while delivering the lead judgment, held that the appeal by Lado was devoid of merit and substance, and accordingly upheld the concurrent judgment of the tribunal and appeal court, which upheld the election of Masari as governor of Katsina State.

The appellant had argued that Masari was not qualified to contest the election on the grounds that the certificate he tendered belongs to one Aminu Bello that is different from Aminu Bello Masari.
But the court held that Masari satisfied the provision of the constitution.

In another judgment, the apex court held that the appeal filed by Isa Hashiru, candidate of the Peoples Democratic Party (PDP) in the March 9 governorship election challenging the victory of el-Rufai of the APC lacked merit.

The court also dismissed the appeal of another PDP candidate in Nasarawa State, David Ombugadu, against the election of Sule, also of the APC, for lacking merit.

The apex court declared that the appellants in the two different appeals, failed to substantiate their claims of irregularities and substantial non-compliance with the electoral laws.

The judgment also noted that the two appellants did not show evidence to warrant the setting aside of the concurrent decisions of the tribunal and appeal court.

The Supreme Court accordingly upheld the election of both el-Rufai and Sule as governors of Kaduna and Nasarawa States respectively.

Others whose elections were also affirmed were governors of Ogun and Lagos.

In affirming the election of Sanwo-Olu, the Supreme Court dismissed the two appeals against his election ad declared him duly elected.

The seven-member panel of the apex court, led by Justice Peter-Odili, said the cases brought by the applicants did not comply with the requirements for such applications in accordance with the electoral law.

The court also ruled that the allegations that the election of Sanwo-Olu did not comply with the electoral law were not substantiated.

“A petitioner has the freedom to use his own language but should know that he is taking a big risk.
“They were supposed to prove that the non-compliance not only existed but that it substantially affected the result of the elections. This they failed to do,” the apex court ruled.

Justice Paul Galinje, who delivered the lead judgments in the two appeals, held that the appeals lacked merit.
“A petitioner cannot add to or subtract from the provision of Section 138 of the Electoral Act. “Accordingly, this appeal lacks merit and same is dismissed by me,” Justice Galinje held.

The apex court also dismissed an appeal filed by the candidate of the Allied People’s Movement (APM) in the 2019 gubernatorial election in Ogun State, Hon. Abdulkabir Adekunle Akinlade, against the election of Abiodun as governor of the state.

Akinlade and his party were seeking to upturn the verdicts of the election petition tribunal and the Court Appeal, which upheld the election of Abiodun

Justice Peter-Odili, who delivered the unanimous judgment of the court, held that the appellants failed to discharge the burden of proof of the non-compliance with the Electoral Act as argued.

In the appeal against the Akwa Ibom State governor, the unanimous judgment of the apex court, delivered by Justice Musa Dattijo Muhammad, dismissed the appeal challenging Emmanuel’s election. Justice Muhammad held that the appeal lacked merit.

The petitioners had claimed that INEC had unlawfully excluded the name of the PDM candidate from the ballot paper. But their appeal was dismissed for lacking merit.

Reacting to the judgment, the PDP hailed the apex court’s affirmation of the elections of Makinde and Emmanuel, describing it as inevitable triumph of the will of the people over undemocratic individuals seeking to forcibly take control of the states.

The party said the judgment, which came “despite the lies, schemes, and machination by those who viciously sought to suppress the verdict of the ballot box and appropriate the states for their selfish purposes, also showcased the popularity of the two governors as well as the party” in the two states.

The PDP in a statement by its National Publicity Secretary, Kola Ologbondiyan, noted that the outburst of jubilations in Oyo and Akwa Ibom states confirmed that the judgments were in consonant with the expectations of the people, who freely gave their mandates to Makinde and Emmanuel.

The jubilation, PDP said, also manifested the joy of the people given the demonstrated capacity and commitment by the two governors in delivering good governance in all sectors of life in their states.

In Akwa-Ibom, PDP stated that the people are proud of Emmanuel’s record of achievements in critical sectors including, manufacturing, education, healthcare, aviation, agriculture, tourism as well as his unique industrialisation initiatives for the benefit of the citizens.

Also, PDP said in Oyo State, the people were impressed by Makinde’s novel development initiatives that had stabilised and repositioned the state for greater productivity, especially in key sectors such as education, healthcare, public service reforms, security, infrastructural development and economic empowerment.

The PDP urged the governors as well as other officials elected and appointed on its platform to continue in their selfless service to the people, saying this is a fact that has remained the marked difference between them and those elected on the platform of other political parties.

On his part, Abiodun also hailed the Supreme Court verdict upholding his election.

In a statement by his Chief Press Secretary, Kunle Somorin, the governor described the verdict as not only a victory for the people, but for democracy, the judiciary and an attestation to the awesomeness of God.
The governor said the outcome justified popular belief that there was no reason for the election matter to have gone to the Supreme Court in the first instance.

He congratulated the people of Ogun State, the APC and other parties that have shown support and solidarity for his administration, despite fielding candidates in the same election.

Abiodun also thanked his lawyers for their diligence and masterfully display of knowledge of the law that ensured that he won in all the matters against him and his party.

In his reaction, Sanwo-Olu expressed joy at the Supreme Court verdict, saying that the victory is for the people of Lagos.

He said the judicial affirmation of his election victory would further reinforce his desire to vigorously pursue his vision of bequeathing a legacy of a Greater Lagos to the residents at the end of his tenure.

The governor, in a statement by his Chief Press Secretary, Mr. Gboyega Akosile, said he had absolute confidence in the judiciary, knowing that it would adjudicate on the side of the people of Lagos who freely gave him the mandate to administer the state on their behalf.

‘’As the last hope of the common man, I was never in doubt that the judiciary would do what is right and what is just. The people of Lagos spoke loudly through their votes on the day of election and their action gave us victory. We remain thankful and indebted to them,’’ he added. 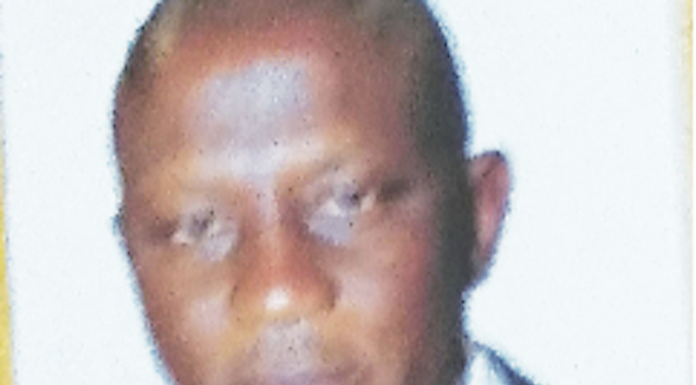