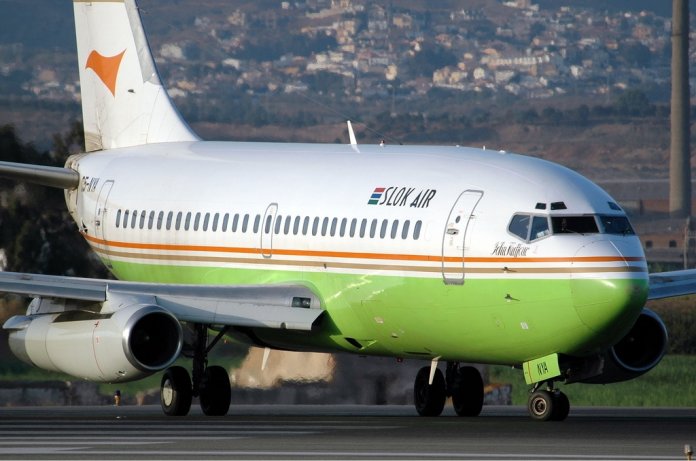 SLOK Nigeria Limited, a company recently convicted alongside its owner and former Governor of Abia State, Senator Orji Uzor Kalu, has asked the Court of Appeal to set aside the judgment of the Federal High Court ordering its winding-up and forfeiture of assets to the federal government.

Justice Mohammed Idris had on December 5, 2019, found Kalu and Slok Nigeria Limited guilty on all the 39-count charge preferred against them by the Economic and Financial Crimes Commission (EFCC).

The court ordered that Slok Nigeria Limited be wound up and its assets forfeited to the federal government.
But dissatisfied with the judgment, the company has filed a notice of appeal at the Court of Appeal in Lagos, pursuant to Order 7 Rule 2, urging it to set aside the decision of the trial court and to discharge and acquit it.

In the notice of appeal, which is predicated on 30 grounds, the company is challenging the entire decision of the lower court, arguing that the trial judge erred in law and occasioned a miscarriage of justice in arriving at his conclusion.

The appellant through its counsel, K.C. Nwufo (SAN), contended that the judgment of the trial court finding the appellant guilty on counts 12 to 39 of the charge and ordering its winding-up and forfeiture of its assets to the federal government is unreasonable, unwarranted and cannot be supported having regard to the evidence adduced before the court.

SLOK Nigeria Limited argued that the trial judge erred in law when he assumed jurisdiction to entertain the charge No. FHC/ABJ/CR/56/2007 as a high court judge after his elevation and swearing-in as a justice of the Court of Appeal.

It argued that the action occasioned a gross miscarriage of justice.
The company said there was no evidence before the court that the bank paid any money from Government House, Umuahia account into its account, adding that PW19 on May 11, 2018 stated under cross-examination that the staff of the Inland Bank did not lodge any money into the appellant’s account.

In addition, the company averred that its statement of account did not show that any funds from the Government House, Umuahia was paid into its account.

Besides, it also averred that the trial judge erred in law when he held thus: “In this case, the prosecution has tendered the statement of account which shows that money was lodged into the third defendant’s account by Inland Bank. Besides, the question the third defendant and the first defendant should be answering is not about the slips that showed lodgment but the source of the money that Inland Bank was paying into its account.

The appellant equally contended that the trial judge erred in law when he held thus; “from the totality of evidence led by the prosecution and by considering the ingredients of the offences above, it is clear that the first defendant did procure the third defendant to retain the proceed of crime and the third defendant must have known or suspected that the money was gotten from criminal conducts, the first and third defendants are therefore guilty of counts 1 and 12 respectively.”

The company further argued that there is no evidence placed before the court that the defendants, including it, collaborated to conceal the origin of funds, which were allegedly illegally withdrawn from the account of the Government House, Umuahia with UBA Plc.

It concluded that it is not guilty of allegedly collaborating in concealing the genuine origin of the sum of N200 million said to have been illegally withdrawn from the account of the Government House, Umuahia with the commercial bank.

Obaseki as the New Face of Resistance