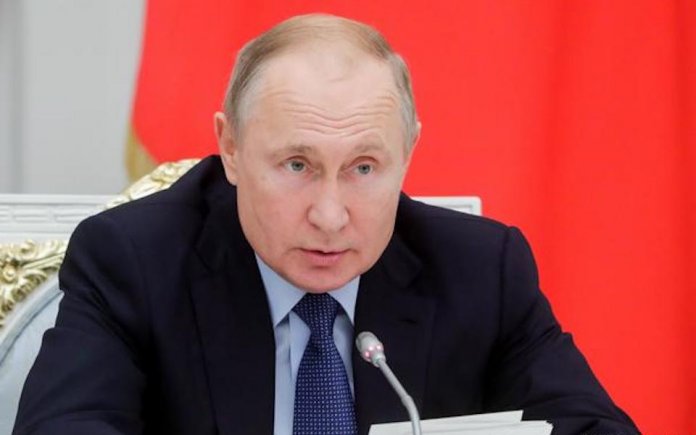 Russian President Vladimir Putin said in his annual news conference Thursday that US President Donald Trump’s impeachment was based on “made-up reasons,” and expressed doubts that Trump will be removed from power.

The House of Representatives voted almost exactly along party lines Wednesday to impeach Trump for abuse of power and obstruction of Congress. Trump was the third president in US history to be impeached, and he now faces a trial in the Senate that is expected to start next month.

“I actually really doubt that it is ending, it still has to go through Senate where as far as I know the Republicans hold the majority so it’s unlikely they will want to remove the representative of their party for some made-up reasons.”

Putin’s defense of Trump is in line with the unusually-warm relationship the two leaders have formed since 2017. Last year, Trump sided with the Russian President when he declined to endorse the US government’s assessment that Russia interfered in the 2016 presidential election, saying instead that he believed Putin’s denial that his government meddled. Trump has also dismissed credible allegations that Putin uses violence against his opponents, saying in 2015: “I haven’t seen any evidence that he killed anybody, in terms of reporters.”

Putin added on Thursday: “This is just the continuation of the internal political battle, one party that lost the elections, the Democrats, and are now trying to find new ways by accusing Trump of collusion with Russia. But then it turns out there was no collusion, this can’t be the basis for the impeachment. Now they came up with some pressure on Ukraine, I don’t know what is the [pressure] but this is up to your congressmen.”

In Russia, the impeachment of Trump has drawn less attention than Putin’s press conference, which is a major media event for the country. The annual event ran over four hours, with the Russian president taking questions on a range of domestic and international questions.

The question was asked by Dmitry Simes, head of the Washington-based think tank Center for the National Interest, mentioned in the Mueller report for providing advice to Trump’s campaign on Russia.

The two articles of impeachment passed against Trump charged him with abuse of power for withholding nearly $400 million in US military aid and a White House meeting while pressuring Ukraine’s president to investigate a potential political rival, and obstruction of Congress for thwarting the House’s investigative efforts. (CNN)