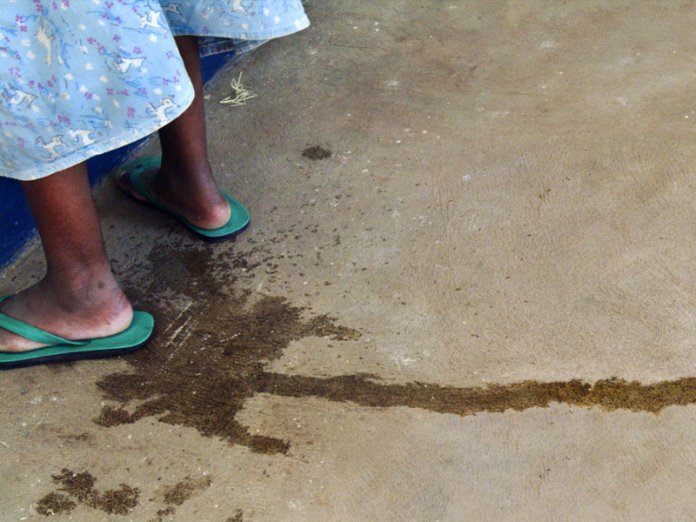 Every year, at least, 12,000 new cases of obstetric fistula are added to the pile of 200,000 women living with the condition in Nigeria. Martins Ifijeh writes on how religious homes are fueling the public health challenge

“For you to successfully deliver this baby, you will not go to the hospital. I will take you to our prophetess for proper monitoring and prayers, otherwise it may be difficult for you or your unborn baby to live through this process.” This was the advice Rita Ifeanyi, 28, got from her mother during her pregnancy in 2016.

She was fed with information on how pregnancy is a divine occurrence that must be guarded exclusively in a spiritual way. But that decision changed her life forever. It was the beginning of pain and sorrow as she refused to neither register for ante natal nor deliver in any of the clinics in her community in Ochufu, Ugwuaji District, Enugu South Local Government Area, Enugu State.

She believed the hospital does not have the spiritual force to address complications or ‘evil machinations’ against pregnant women. After all, her mother gave birth to her and her siblings in a traditional home before she became a Christian.

Every Tuesdays was dedicated for Faith Clinic at the church. It was a time pregnant women in Ochufu attend prayer and counseling sessions. They would spend the time praying for safe delivery and casting out ‘demons’ that causes miscarriages, hemorrhage, hypertension in pregnancy, caesarian session, excessive labour, still births, maternal deaths, and all other ‘evils’ associated with pregnancy and delivery in this part of the world.

At other times, the prophetess, who is fondly called anannenke otutu umuaka (loosely translated to mean ‘The land that shares plenty children’) would give every woman ‘anointing oil’ and ‘holy water’ to drink, while she massages their tummies and waist; an act she considers a spiritual exercise to wade off evil forces and prepare the baby for the earthly journey ahead.

For the prophetess, going to hospitals for ante natal and deliveries meant the women had lost faith in God because the expertise of doctors and nurses were limited in her view. “God is the chief physician”, she would say. And everyone who listens to her believed her …except those who have been dealt a terrible and sometimes irreversible blow by her doctrines that have seen many women lose their lives and that of their newborn to ignorance.

Rita unfortunately fell into this category. She didn’t only refuse to attend ante natal to monitor her progress, when it was time for delivery, she was rushed to the church, and as usual, the prophetess performed some of her rituals for the baby to come forth seamlessly. But she was wrong. Days passed and the baby refused to come out.

While Rita was reeling in pain, church members, who were around, continued to pray for her safe delivery. It did not occur to them that the prolonged labour could be prevented or addressed immediately if she was taken to the hospital.

“I didn’t know what was happening to me, but I knew I was losing it. I knew something was terribly wrong, and I may not be able to deliver this child. But at that point, I was too weak to make decisions. My mother and other women who were there said I passed out several times,” says Rita while speaking with THISDAY.

Seeking Remedy after the Damage

It took the prophetess three days before she realised the case was beyond her. When Rita was eventually transferred to the hospital, the damage had been done. She was operated upon and the dead child was evacuated.  A week later, Rita realised she was passing out both urine and faeces from her vagina.

“These periods were the most traumatic of my life. I never thought I would come out of it alive.  The child was going to be called Chioma if she was a girl or Ebube if he was a boy. My husband’s eldest brother’s son is named Ebube. I needed same name for my son. But that became the least of my problems; a lot of things were happening to my system that I couldn’t understand. I couldn’t understand how I was unable to retain urine and faeces and how they were coming out from the different channel.

Rita said she later realised there were other women who had pregnancy and childbirth issues in the church. “Nobody told us some women had complications from the church initially. I thought the prophetess is well versed in this”.

Rita has been suffering the consequences of her ignorance since November 2016, and since then, she has moved from pillar to post in search of help. But the pool effort organised by Engender Health recently at the Obafemi Awolowo University Teaching Hospital Complex in Ilesa, Osun State came to the rescue.

“I was operated upon three days ago here, and since then my body is back to normal. They also educated me on what I must do to prevent further occurrence,’’ she said.

The case of Rita was not any different from that of Lucas Oluwaseyi, a 27 years old woman. She had gone to an unnamed church in Ondo State when her pregnancy was due for delivery. But with prolonged labour, the church abandoned her to her fate when they tried unsuccessfully to push out the baby.

”After losing several days at the church, I picked up courage and went to the hospital where I registered for ante natal, but the hospital refused to attend to me because, according to them, I went to a religious home first before coming there. They said it was obvious I was going to have complications after the delivery, hence there was no point admitting me in the first case.

“I don’t know how it was arranged, I realised I was taken in an ambulance from that hospital to another hospital- Mother and Child Hospital, Ondo. So in all, it took me five days of labour before I was finally operated upon. Unfortunately, I lost the baby due to the prolonged labour. This was how I developed fistula on March 21, 2016,” Oluwaseyi noted.

She said when she eventually went back to the hospital where she did the operation, they tried repairing the damage but it didn’t work.

She recalled that the hospital where she had the unsuccessful fistula surgery had in 2017 referred her to the Fistula Centre in Ilesa during a pool effort, but for fear of undergoing another surgical procedure, she stayed back and rather suffered in silence.

“This year again, they now called me, that they are going to do the surgery and I was very happy. That was how I came. I advise fellow women to go to hospitals to register for ante natal, go for checkups and deliver in a hospital facility.”

Rita and Oluwaseyi are just few among the hundreds of thousands of Nigerian women who do not access hospitals for ante natal and delivery. But while some have been lucky to scale through pregnancy and child bearing process without complications or mortality, many Nigerian families are continually thrown into pain, sorrow and tears because skilled birth attendants and hospital facilities are not patronised for pregnancy, delivery and post-delivery phases.

Every year, at least, 12,000 new cases of obstetric fistula are added to the pile of the already 200,000 women living with the condition in Nigeria. Majority of the cases are caused by prolonged labour, which can be 100 per cent prevented.

Fistula is one of the most devastating injuries of child birth.  It occurs mainly as a result of prolonged obstructed labour, without timely medical intervention – such as a caesarean section. The sustained pressure of the baby’s head on the mother’s pelvic bone causes damage of soft tissues creating a hole – or fistula – between the vagina and the bladder and/or rectum. This means that, the wall of the birth canal gets compressed by the baby’s head during an obstructed labour.

The pressure causes blood to stop flowing, and the tissue dies. The vagina then leaks urine and/or faeces. The result is continuous leaking of urine and faeces.  When this occurs, a woman has no control of this phenomenon and if not assisted may suffer isolation, social stigma, neglect and humiliation.

The former Country Project Manager, Engender Health Nigeria, Chief Iyeme Efem had earlier in an interview said obstetric fistula was one of the most devastating consequences of neglected childbearing process.

He said while it is important Nigerians take their spiritual lives seriously, they should be conscious of the fact that deliveries are meant to be taken in hospitals for safer outcomes.

Efem said “When I see a woman who goes to the church to deliver her baby, I asked the woman if it was a spirit that she was giving birth to. If it was a spirit, you go to the church and they will do deliverance but if it is a baby, then you can go to the hospital for delivery. We should begin to differentiate between these two things.”

For Efem, there must be a separation of labour. “Let the churches do deliverance (spiritual) and let the hospitals do the delivery (medical).”