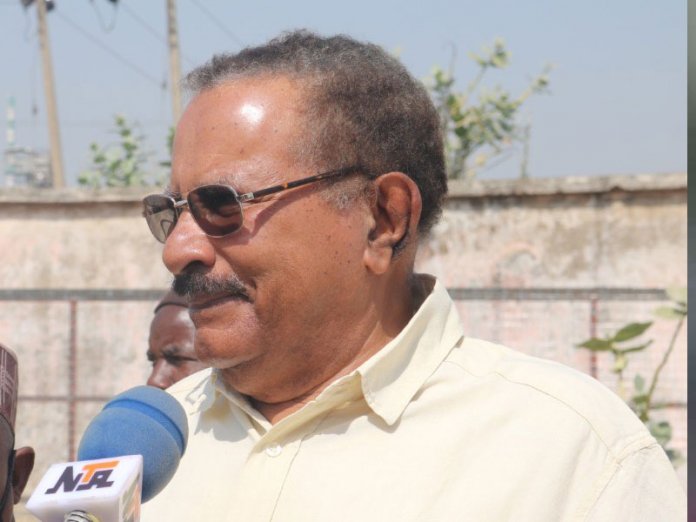 It is a blend of old and new; traditional and modern. In Northern Nigeria, Kano city is indeed a phenomenon in trade and commerce. But it is also blighted by the seeming neglect of many opportunities.

To be sure, this sprawling city, home to large number of migrants from within and from outside Nigeria, has suffered from avoidable environmental degradation, most especially from uncontrolled discharge of effluents from tanneries. For many years, thick, coloured and smelly water is continously piped intoopen drains, seeping into bodies of water and contaminating underground water and air. These are indeed concerns for the health of the environment and citizens.

Kano has the highest number of tanneries and considerable number of textile industries in the country and these are the major polluters of the environment. The effluents discharged from these industries do not meet the standard set by the Federal Environmental Protection Agency, the national watch dog for the environment.

Tanneries and textile industries in most Nigerian cities do not have the capacity and technology to manage their wastes in an environmentally responsible manner. The indiscriminate discharge of untreated industrial effluents into rivers have caused great damage to river beds, adjoining farm lands and contamination of both underground water and water reservoirs. The continuous discharge of contaminated effluents does not only affect the quality of water but also air and soil; hence the major environmental and ecological pollution now witnessed in Kano city.

Indeed, concerns for environmental pollution around Bompai Industrial Area were raised as early as 1978 by the public. Records indicate that the Kano State Government actually commissioned a study on the problem same year. The outcome recommended treatment of the industrial wastes through natural drainage channels with a discharge into the Jakara dam. Then, this system of effluents management was seemingly adequate as an effective method of waste treatment and disposal. As new industries sprang up inChallawa and Sharada Industrial Areas, effluents generated were discharged into Challawa River and Salanta River respectively.

In the three industrial areas in Kano, the environment is under increasing pressure from solid and liquid wastes emanating from the tannery industries. The metalspresent in tannery effluents such as chromium, aluminium and zirconium are all classified as having a high and chronic toxic effect on organic life.

These are inevitable by-products of the leather manufacturing process and cause significant pollution unless properly treated prior to discharge. Moreover, the tannery industry can cause high influx of chromium into the biosphere which contributes 40 per cent of the total industrial use. Untreated wastewater discharged from tanning industries contains high level of biochemical oxygen demand, chemical oxygen demand, electrical conductivity, and heavy metals especially chromium above permissible levels, making it potentially toxic.

Cognizant of the dangers to the environment and the people, the Kano State Government, the Federal Ministry of Environment and other interested parties have carried out several preliminary studies and made sundry recommendations on the treatment of the industrial waste in Kano.

The options are varied with rising cost over time, but Kano State Government could not respond to the pollution problems due to paucity of funds. Last year, the Ecological Fund Office (EFO), an arm of the Office of the Secretary to the Government of the Federation, stepped in to address the problem in a sustainable manner.

A technical committee which reviewed all options was mandated to produce a cost-effective and sustainable management plan for the industrial waste in the Challawa, Sharada and Bompai Industrial Areas of Kano.

Information gleaned from the EFO indicated that the technical committee embarked on data collection,including reconnaissance survey of the project site, inventory of existing physical features, drainage evaluations, soil materials assessments, the volume of effluent discharged by the companies during peak and ordinary periods, quantity of skin processed during peak and ordinary periods per day and evaluation of research works previously undertaken on the matter.

The committee, in considering international best practice, studied effluent treatment in similar industrial clusters in other climes like Austria, Kenya and Ethiopia.

The committee, according to the Permanent Secretary, EFO, Dr. Habiba Lawal, recommended that a Central Effluent Treatment Plant, CETP, for both primary and secondary treatment of 4,000m^3/day capacity be built in Sharada; a similar CETP capable of handling15,000m^3/day volume for Challawa; and a primary treatment plant of 1,000m^3/day capacity for Bompai. It also recommended the construction of closed effluent conveyance pipes and covered culverts in all the industrial sites as well as road improvement especially at Challawa and Sharada Industrial Areas.

Messrs Alps Global Link, which last year won a competitive bidding, moved to site last April. Construction work is proceeding steadily. A team of journalists which toured the project sites at Sharada, Challawa and Bompai last week found workmen at all the locations laying pipes through deep tunnels. Nurain Akewusola, a civil engineer, spoke on the scope of the project which entails digging tunnels and laying pipes across over 10 kilometres. Every 30 metres apart is a reinforced concrete chamber, between 2.5 and 4.5 metres deep. The disparity is to facilitate easy flow across varying gradients, said Akewusola, who disclosed that the chambers are linked by 300 mm high density polyethylene pipes.

At Sharada and Challawa, the state government is reaching out to host communities in the bid to ensure that workmen have unfettered access to the sites to build the treatment plants. Kano State Commissioner for Environment, Dr. Kabiru Ibrahim Getso, at a press briefing, reiterated the resolve of the state government to ensure the prompt completion of the project. He said the Bureau of Land Management has submitted its assessment report which is awaiting the consideration of Governor Abdullahi Ganduje.

Dr. Getso also expressed gratitude to the Federal Government for taking a bold step in containing the persistent environmental challenge faced by the people of Kano even as he expressed optimism that the gesture by the EFO will restore the industrial glory of Kano State, help old and existing industries to operate more profitably in line with global best practice.

More stakeholders have hailed the timely intervention of the Federal Government in reversing the age-long environmental devastation of Kano industrial areas.

Mohammed Usman Tayyib built a tannery factory at Sharada in 2003 to process hides and skin. The company produces finished leather goods and employshundreds as factory hands. “We handle primary processing and collect the sludge, but wastewater is discharged to the open gutter,” said Ambassador Tayyib who hailed the federal government for responding to address an age long problem.

“Now waste water can be recycled and reused. In the long term, this makes our business competitive in the international market, preserving the environment because we all know that untreated industrial water with various chemicals is harmful,” said Tayyib.

…Kareem wrote in from Abuja.