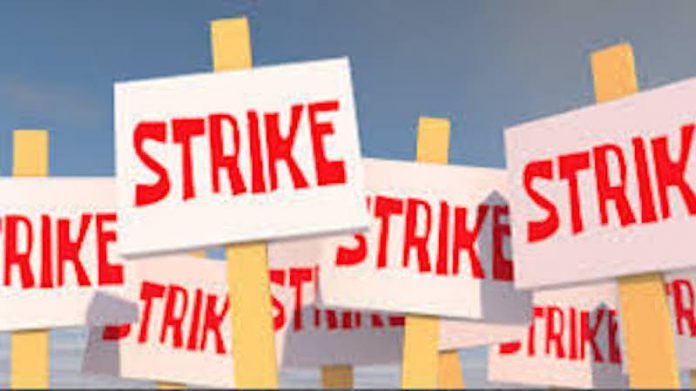 Workers’ unions in the oil and gas sector are particularly not happy with the federal government on the way it is handling the lingering dispute between General Electric Operations Nigeria (GEION) and ARCO Group Plc over the non-payment of terminal benefits. They urged the government to deploy the same mechanisms it used to resolve the grievances of electricity workers under the aegis of National Union of Electricity Employees (NUEE) in tackling the lingering dispute between GEION and ARCO over severance benefits to their members.

Members of NUEE had last week carried out their threats by embarking on a strike that led to the shutting down the nation’s electricity after they threatened that if the federal government did not facilitate the payment of the severance pensions and gratuity, they would embark on a strike.

Explaining why they embarked on the one-day strike that threw Nigeria into a blackout last Wednesday, the general secretary of the union, Joe Ajaero, had said the centre of the dispute was the non-payment of the severance entitlements of workers of the defunct Power Holding Company of Nigeria (PHCN) who were laid off when the company was privatized by the federal government. He added that since the privatisation of the PHCN in 2013, over 2,000 workers who were laid off were yet to be paid their entitlements.

But knowing the implications of shutting down the entire country’s electricity sector, the federal government quickly intervened and the industrial action was called off.

This is why oil and gas workers’ unions are urging the federal government to use the same mechanisms in resolving the dispute between GEION and ARCO Group Plc in order for the severance entitlements of the workers disengaged by ARCO to be paid.

Considering the immediate alacrity with which the federal government resolved its dispute with NUEE, the oil and gas workers’ unions are wondering if the electricity workers are more than them.

A competent source in the Nigeria Union of Petroleum and Natural Gas Workers (NUPENG) and Petroleum and Natural Gas Senior Staff Association of Nigeria (PENGASSAN) at the weekend informed THISDAY that despite several letters written to the Minister of State for Petroleum Resources, Group Managing Director of NNPC and the Minister of Labour and Employment to compel GEION to fulfill all the agreements reached at various meetings held on the payment of severance entitlements to their members, nothing reasonable and tangible has happened.

They accused the federal government of taking them for granted because they have not embarked on any industrial action.

“The patience of our members is at the breaking point as they see their colleagues from ARCO wallowing in deprivation and hardship after tolling for several years due to deliberate ploy of some unscrupulous individuals and organisations to elope with the fruits of their labour,” the letter read.

ARCO had explained that its inability to pay the benefits and entitlements of some of its members, five of whom have died while waiting, was because of the deliberate refusal of GEION to refund taxes illegally and unilaterally deducted at 10 per cent, instead of the five per cent permitted under the contract. GEION has ignored letters by the Federal Internal Revenue Service (FIRS) that five per cent is the applicable rate.

Records indicate that the FIRS had flagged significant discrepancies in remittances made by GEION between 2009 and 2015. After a reconciliation meeting between May 17 and June 21, 2019, for example, the former FIRS Chairman, Tunde Fowler, wrote a letter dated August 7, 2019 in which he noted wrongful withholding taxes deducted by GEION amounting to N328,855,903.10 between 2009 and 2015.

In the same letter, Fowler also noted that between 2011 and 2015, the dollar differential of withholding taxes wrongfully deducted by GEION was $1,716,976.96.

The figures above do not, however, cover all the illegal deductions disputed by ARCO and for which it has repeatedly presented evidence.

Sources close to the company said, for example, that the value of 12 of invoices for which GEION could not provide credit notes in 2014 stood at $563,861.05; and that the dollar value of its wrongful deductions over the years could be as high as $3million, apart from the excess in other currencies.

Following protests by PENGASSAN and NUPENG, the Ministry of Labour and Employment had hosted a second stakeholders’ meeting to settle the long-running dispute. After the meeting on September 24 involving GE and ARCO, also attended by members of the unions, and the FIRS, it was decided in a letter dated October 4, 2019 signed by a director in the Labour Ministry, Mrs. O.U. Akpan, that, “GEION should within seven days apply to the FIRS and request for the refund of the over-deducted sums paid to FIRS as agreed during the reconciliation exercise.”

Akpan also said: “All deductions made by GEION on behalf of Arco substantiated with documentary evidence with the objective of remitting to FIRS, but which were not remitted to FIRS should be refunded to Arco within three weeks.”

The seven days had since expired, with GEION remaining defiant. The September 24 meeting was the second hosted by the ministry this year. The first was on May 24.

Insiders familiar with the dispute said  GEION has been inventing different delay tactics, including using consultants to scuttle or repudiate decisions previously reached and accepted by the parties.

“They just feel they are above the law and no one can do them anything,” one source said.

This assertion was confirmed when after the meeting, rather than comply, GEION in a dated October 9, 2019 addressed to the Executive Chairman of the FIRS, again asked the revenue service to review its records for details of the withholding tax remittances it made on behalf of ARCO from 2006 to 2008 in naira and dollars in order to enable it close the outstanding balances. It said it did not have information for the years, and was relying on the FIRS to provide it with the details of the taxes it remitted for the period.

“As earlier communicated, we do not have information for those years, and we are relying on the FIRS to provide us with the details of the taxes we remitted for the above period,” GEION said.

The FIRS on its part, responded with a letter to GEION dated October 17, 2019 wherein it requested it to respect agreement reached with the Federal Ministry of Labour and Employment.

The letter signed by Dick Irri read: “I draw your attention to your commitment at the held at the Federal Ministry of Labour and Employment wherein you agreed to make request for refund on behalf of ARCO Group. The agreements are clearly summarsied in the letter by the ministry.

“You are therefore requested to immediately respect your commitment by requesting for refund on behalf of ARCO considering the fact that the time agreed has lapsed.”

Nothing has been done since.

A group called Coalition for Truth in Nigeria, had published an advertorial in some national newspapers, accusing GEION of using strong-arm tactics against ARCO. The group also accused the FIRS of complicity.

An industry source in Nigeria said: “It appears that it’s only in Nigeria that GE thinks it can do what it likes without consequence.”

In recent times, GE, its parent company, has been a subject of interest in the international media following sanctions for various infractions.

It is against this background that a public affairs analyst, Andrew Osai Eke, is calling on the Presidency, the National Assembly and stakeholders not to allow GE to get away. They urged them to immediately open an inquiry into the case as an opportunity to demonstrate their unwavering resolve to protect all Nigerians, and underlining its preparedness, at all times, to protect local investors.

“While demanding the urgent, immediate and surgical attention of the presidency to this issue, we call on the National Assembly to immediately open an inquiry into the case as it represents a veritable opportunity for both houses of our national parliament to demonstrate the unwavering resolve of the first arm of government to protect all Nigerians, while underlining its preparedness, at all times, to come to the protection of our own local investors.

“Our government and indeed all patriotic Nigerians must now draw a line in the sand indicating our irrevocable opposition to all fraudulent so-called foreign investors as we all, in one accord, proceed to alert Nigerians and the international community to the new reality that while being truly ready for business with the rest of the world, it is no longer business as usual in Nigeria.

“Even as patriots eager for foreign investment in our national economy, we must not equivocate in sounding it loud and clear that we find the conduct of GE, in its dealings with ARCO and its workers to be most disappointing to say the least! Indeed, such arrogant rascality bordering on brazen criminality can only serve to cast GE more in the mold of an international parasite, than a responsible multinational player and respectable global operator.” 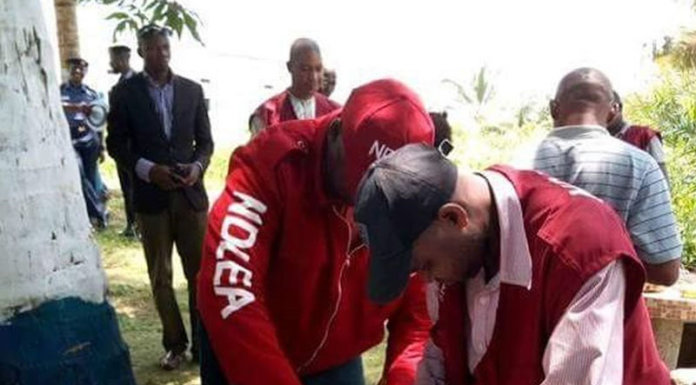