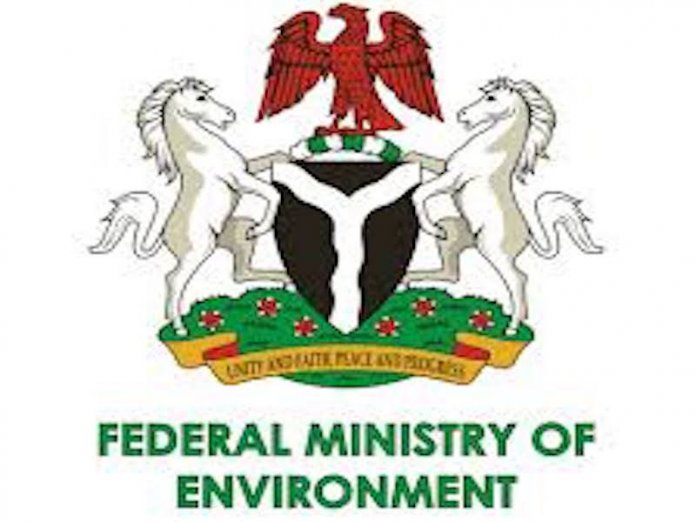 Goddy Egene
The federal government is to deepen its climate financing activities by tapping into international climate funds next year.

THISDAY gathered that the federal government would next year intensify efforts to attract significant portion of the nearly $23 trillion in climate-smart investments available in emerging markets.

A top official of the Federal Ministry of Environment, who preferred to remain anonymous, yesterday informed THISDAY about the government’s plan.

“2020 would be a year when we would scale up activities in terms of climate finance. We will work with the Ministry of Finance, Budget and National Planning, other government agencies and private sector operators to ensure that more attention is given to environment climate investments to fund environment friendly projects,” he stated.

The federal government had in 2015, signed the Paris Agreement that committed the country to Nationally Determined Contribution (NDC), which aims at combating climate change by 2030.

Since the Paris Agreement and the NDC targets went into effect in 2015, the major constraint to country’s implementation has been lack of access to funding from the public and private sectors

The government had previously floated green bonds to raise a total of N25.69 billion in two tranches. Nigeria would need an estimate of over $200 billion in order to achieve its NDCs under the Paris Climate Agreement by year 2030.

A report by the International Finance Corporation (IFC) that was launched last month had shown that the historic global agreement on climate change adopted in Paris helped open up nearly $23 trillion in opportunities for climate-smart investments in emerging markets between now and 2030. Of this amount, Sub-Saharan Africa represents a $783 billion opportunity, particularly for clean energy in Cote d’Ivoire, Kenya, Nigeria, and South Africa.

Nigeria’s estimated climate-smart investment potential was put at over $104 billion from 2016–2030 in selected sectors.
According to a climate finance expert and Managing Director, SMEFUNDS Capital Limited, Dr. Jubril Adeojo, climate finance needs to be the order of the day in the local financial system for us to achieve the targets.

“Government would need to issue more ethical bonds such as Sukuk and Green bonds for self- sustainable infrastructural projects in transportation and housing. Foreign investors will naturally inflow funds into the county once they see significant traction and demonstration from the domestic financial markets by 2022, to scale and expand the scope of other NDC-related projects toward achieving the NDC targets by 2030,” he said.

According to him, from the uncovered environmental and societal nemesis threatening the existence of the entire universe and humanity, the urgency for the public sector and private sector to adopt and employ climate finance methodology has never been more profound to combat climate change.

“Just to cite few scenarios where financial actors can easily engage in climate finance, starting with agriculture financing agriculture projects in the light of climate finance entails providing funding for sustainable or climate smart agriculture projects or businesses such as greenhouse farming – food production with very little or zero use of soil without the use of fossil fuel powered heavy duty equipment like tractors and combine harvesters; solar irrigation farming that is not reliant on natural course of rainfall that has become unfavourable,” Adeojo said.

He added that in the industrial sector, financial actors should encourage (and be willing to provide the required funding to implement) manufacturers to adopt the use of clean energy such as gas, or renewable energy to powered their factories via a captive power as a service arrangement with an experienced clean energy provider to avoid high acquisition cost, instead of providing funding for the acquisition of fossil fuel powered generators that emit carbon dioxide.

Industries should also be encouraged to engage in comprehensive energy audit at the point of major assets replacement in order to factor in energy efficiency measures that will drop the energy demand of the factory, which in return reduces the energy generation capacity that is required to power the factory, which also translates to significant reduction in operating overheads,” he said.

Also, the Securities and Exchange Commission (SEC) said it would increase its commitment in support of the government vision in sustainable finance.
“We have issued the rules before now and the next step is education and SEC in line with its 10-year master plan implementation is already increasing activities in area of enlightenment and investor/issuer education.

“We will do more in this area in 2020 and beyond to ensure government succeed in efforts to source the required climate finance,” a SEC official said.
The acting Director General of SEC, Ms. Mary Uduk, had said the rules on green bonds would provide the much-needed clarity and guidance on the issuance of green bonds.

According to her, SEC’s release of the green bond rules is a significant step in furthering the complementary efforts of the government, regulators and the financial services industry to direct financial capital towards a more sustainable economic activity
The acting DG stated that adoption of the tenets of green bond principles and climate bonds standard makes it easier to attract foreign investment in Nigeria.