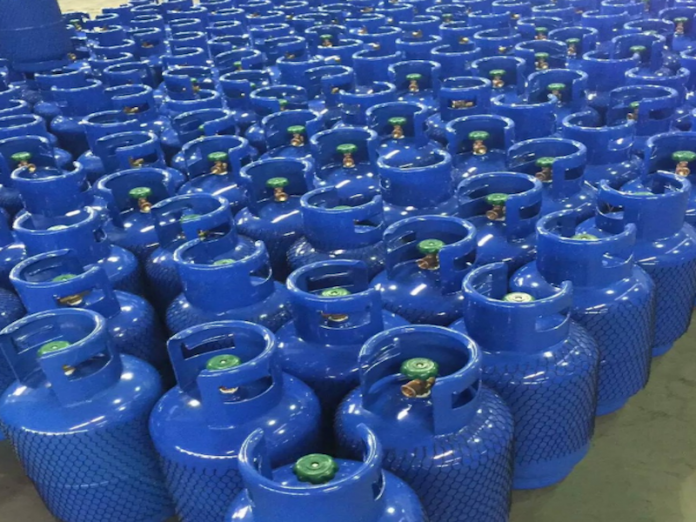 The ninth edition of the annual Liquefied Petroleum Gas (LPG) International Conference & Exhibition organised by the Nigerian LPG Association (NLPGA) in conjunction with Singapore based LPG Summit Group, was held in Lagos recently.

Centred around its theme: “Harmonising Development and Growth of LPG in Nigeria and Africa,” the conference which attracted top industry experts, policymakers and government representatives from diverse fields across the world, featured keynote speeches, panel sessions and workshop sessions.

The conference was intended to galvanize investments and participation of industry players and stakeholders in deepening domestic, regional and continental LPG market.

Speakers at the conference were united in opinion as they made a case for incentives to be provided in the national gas policy to harness opportunities and address challenges in facilitating complete transition to LPG; stimulating market growth; attracting the right level of investment; and building sustainable and safe LPG industry.

They noted that incentives through the federal government’s policy and programme have generated considerable momentum, resulting to dynamic and geometric growth in the LPG industry in the past decade.

In her keynote speech, the Director of LPG Summit, Ms. Neasa Haplak, pointed out that, “with the 2019 demand of about one million tons per annum (mtpa), and growth projection of about two mtpa for 2020, Nigeria remains one of the fastest growing LPG market in the world.”

The Programme Manager in charge of LPG Penetration and Implementation at the Office of the Vice President, Mr Dayo Adesina, stated that “deepening the domestic LPG market should play role in achieving government’s gas flare down agenda and also assist in meeting the nation’s commitment to cutting industry emission by 65 per cent”.

According to him, “widespread use of LPG will also play significant role in assisting government deliver its promises on job creation, flare reduction and cleaner environment for the citizenry.

“The federal government is targeting the consumption of five million tonnes of LPG by Nigerians in 2023, a project. This requires about $750 million worth of LPG transport and retailing infrastructure across the country to achieve”.

It is projected that with over 500 ktpa still imported into Nigeria, global demand and supply dynamics will still rule LPG prices in Nigeria in the short to medium term; and more external factors rather than internal needs still influence the prices of imported LPG.

According to the participants, “production from United States and Australia was projected to sustain global supply glut and continue to pull down prices, while cost of logistics continue to build into cost for Nigerian supply”.

They observed that the federal government expects local production of LPG to increase by 600 ktpa from closure of 178 flare sites in the upstream petroleum industry; while activation of Techno Oil’s cylinder plant and similar investments would deepen domestic demand. They noted that the $341.2 per mt charged by NLNG has evolved the domestic price benchmark.

The speakers added that all these posed serious challenge to the attainment of 20 million cylinders to cover Nigerian homes by 20222.

According to the Director General of the Infrastructure Concession and Regulatory Commission (ICRC), Mr. Chidi Izuwah, “The infrastructure gaps provide opportunity for commercial investments in meeting multiple objectives of cleaner cooking fuels, combating climate change and providing alternatives for industrial use”.

Contributing in a panel, the Vice Chairman and Chief Executive Officer of Techno Oil, Mrs Nkechi Obi, urged the Department of Petroleum Resources (DPR) and the Standard Organisation of Nigeria (SON) to check the influx of substandard cooking gas cylinders into the country.
“We are asking the government to discourage substandard imports from coming in through taxation so that our business can thrive,” Obi said.

Similarly, the Chief Executive Officer of Energy Culture Limited, Mr. ahmad Damcida, said: “The DPR should ensure that all importers of cooking gas cylinders are properly licensed while SON should step up its certification processes.

“There are specifications that must be adhered strictly to. The age of some of the cylinders being brought into the country is unknown to the authorities”.

However, in a communique generated at the end of day one proceeding, the participants further urged the federal government to enunciate deliberate legislations and executive orders that require households to switch to use of LPG in the short to medium future. They said such should be accompanied with incentives for investors to drive penetration to rural communities.

The communique reads: “There is need for well-structured pan-industry awareness programme to conquer cultural and cost misconceptions hindering mass switch from kerosene and firewood to LPG as cooking fuel. There must be an enabling and congenial environment for private investment funds to close infrastructural gaps that form barriers to deepening domestic market demand.

“The industry has to assist with best market practices as well as standards in safety and quality. Filling infrastructure gaps in the industry must be driven in a manner that balances consideration for capacity optimisation with rate of market development in order to avert commercial disincentives and operations losses.

“Public private partnership available at the Infrastructure Concession Regulatory Commission could be explored to assist with plugging infrastructure gaps for LPG penetration. There should be deliberate strategy to grow mediums of consumption, pricing incentives for LPG for transport, while controlling market rascality through robust engagement.

“Investments made in local production of facilities and cylinders must be protected from influx of foreign alternatives that undercut survival of young fledgling industries. Full value chain infrastructure and facilities must be adequately regulated and monitored.

There should be harmonisation and uniformity in the templates that determine domestic prices of LPG, especially the multiple windows in foreign exchange for various players in the same industry.

The communique also added: “Regulators should manage licensing of more storage terminals to align demand with capacity development in order to avoid encouraging development of redundant capacities that make it difficult for investors dynamically derive value from the market.

“NLNG should liberalise local ship chatter and allow multiple player participation in product offtake from its facilities. This would allow flexible landing costs and help control retail price swings. Government should intervene in controlling unexplained levies from associations and unions that exact payments from logistics providers.

“There is urgent need for establishment cylinder recertification facilities enable tracking and withdrawal of weak and substandard bottles from the market.”