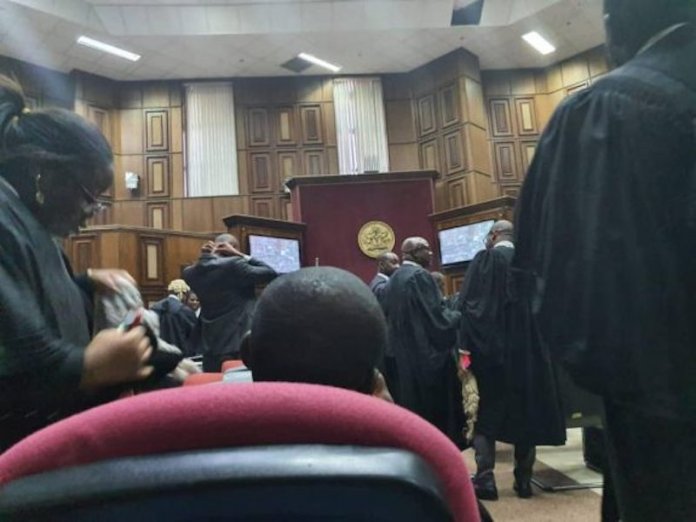 The Federal High Court, sitting in Abuja, yesterday ruled that the disputed Soku Oil Wells/Fields rightfully belongs to Rivers and not Bayelsa State.

Justice Inyang Ekwo, who in a judgment declared Rivers State as the rightful owner of the oil wells located in Akuku-Toru Local Government Area of Rivers State, accordingly ordered transfer of ownership from Bayelsa State to Rivers State.

Delivering judgment in the suit with number: FHC/ABJ/CS/984/19, Justice Ekwo, held that all the documents from relevant government agencies and facts before the court, proved that the Soku Oil Wells/fields belong to Rivers State.

The error was said to have surfaced in the 11th Edition of Administrative Map produced by the NBC in 2002.

In its letter dated July 3, 2002 in response to Rivers State Government’s protest, the NBC was said to have admitted the mistake and promised to rectify it in the 12th edition of the administrative map.

Delivering judgment in the matter in 2012, the apex court granted the prayers of Rivers State and ordered the rectification of the error.

Again the NBC failed to rectify the error as ordered by the Supreme Court, forcing the Rivers State Government to file a fresh suit before the Federal High Court in Abuja solely against the NBC in August 2019.

The suit specifically prayed the court for an order of mandamus compelling the NBC to correct its error.

However, delivering judgment, Justice Ekwo while granting the reliefs sought by the plaintiff, ordered the commission to immediately produce the 12th edition of the Administrative Map restoring River Santa Barbara as the inter-state boundary between Rivers and Bayelsa states, as it was in 1996 when Bayelsa State was carved from Rivers State.

The court further held that the commission was duty bound to obey the July 10, 2012 judgment of the Supreme Court, which had affirmed River Santa Barbara as the boundary between the states, by immediately correcting its self-admitted error of designating River San Bartholomew as the boundary.

He also ordered that the judgment be served on the relevant statutory bodies, especially, the Revenue Mobilisation Allocation and Fiscal Commission and the Office of the Accountant General of the Federation for them to immediate recompute the amount of oil revenue accruable to it with the transfer of the Soku oil field to it.

Following the failure of the National Boundary Commission to obey the Supreme Court judgment on the Soku Oil Wells, the Attorney General of Rivers State filed an originating summons at the Federal High Court in Abuja to ensure the enforcement of the declarative judgment.
Counsel to the Rivers State Government, Lucius Nwosu (SAN), described the judgment as a victory for the rule of law in Nigeria.

He noted that there was an admission of error by the Surveyor General of the Federation and the National Boundary Commission, wherein in the 11th edition of the Administrative Map of Nigeria, the boundary between Rivers and Bayelsa States were wrongly relocated from River Santa Barbara to St. Batholomew River.

He said the Supreme Court, based on the admission of the commission, had declared that it was an error and ordered the commission to rectify that error.
He regretted that by that error, the 13 per cent derivation meant for Rivers State was wrongly paid to Bayelsa State.

He stated that the declarative judgment of the Federal High Court is in the right direction, as it will check any resort to self-help over the injustice.
According to him, the Soku Oil Wells/fields have always belonged to Rivers State as admitted in writing by the commission.

Counsel to the commission, Titilayo Ibironke, acknowledged the judgment of the court.
Efforts to get the reaction of Bayelsa State Government, through the Commissioner for Information and Orientation, Mr. Daniel Iworiso-Markson, proved abortive as he did not respond to text messages or calls.

The dispute, which first got to the Supreme Court, was supposed to have been resolved by the correction of an error in the delineation of the inter-state boundary in the 11th edition of the administrative map of Nigeria prepared by the commission and the office of the Surveyor-General of the Federation in 1999.

Rather than maintain Santa Barbara River as the boundary between the Kalabari and Nembe communities as all previous delineations and all historical records, the last administrative map had shifted the boundary west of this rivers to San Bartholomeo River.

Going by the contentious map, it meant that some ancient Kalabari communities and settlements along with about 41 oil wells located within the Soku oil field in Rivers State suddenly become part of the Nembe clan in Bayelsa State.

The Rivers State Government promptly challenged the document by petitioning the relevant authorities which duly acknowledged the error and promised to effect the correction in the 12th edition of the map.

The state also went further to insist that no accruals from the wells should be paid to Bayelsa State.
The Supreme Court later ordered that all monies accruing from the disputed oil wells be lodged in an escrow account by the Revenue Mobilisation, Allocation and Fiscal Commission (RMFAC).

That was, indeed, the position of things until the then Rivers State Governor, Hon. Chibuike Amaechi, alerted the state and the nation about the secret disbursement of N17 billion from the escrow account to Bayelsa State.
Even as they initially denied receiving such money, the Bayelsa State Government has continued to lay claim to the disputed oil wells, insisting that they fall within its Oluasiri oil field in Nembe.