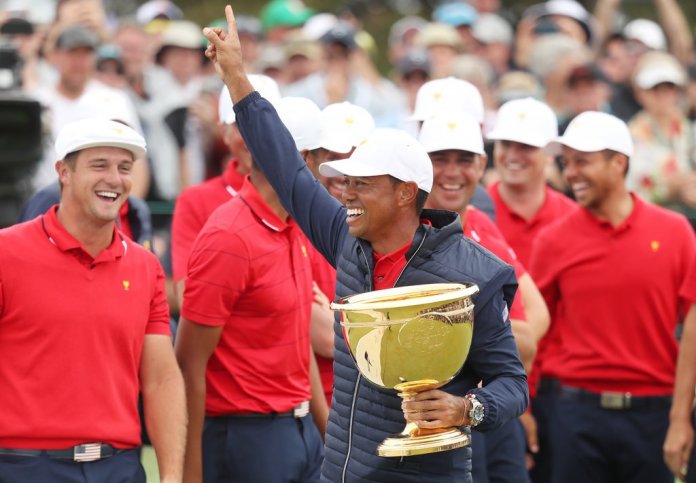 Tiger Woods’ US team dominated yesterday’s singles as they beat the International team 16-14 in Melbourne to win an eighth successive Presidents Cup.

The visitors had trailed 10-8 going into the final day, but Woods led by example as he beat Abraham Ancer 3&2 in the first match.

Patrick Reed, whose caddie was banned after “shoving” a spectator on Saturday, beat Taiwan’s CT Pan 4&2.

The US won eight of the 12 points with Matt Kuchar sealing victory.

“We did it together,” said Woods, who recorded a 27th win in the tournament, beating Phil Mickelson’s record of 26. “We came here as a team. My team-mates and my boys all played well, the captains did an amazing job.

“It’s been one of the more amazing challenges but all the guys believed in one another and relied on one another.”

It is the US’ 11th win in the 13th edition of the biennial tournament, with one draw.

“We were right there to the end, just a couple of matches didn’t quite go our way,” said International captain Ernie Els.

“We’re getting closer. We’ve just got to keep it up.”

Reed, who lost his previous three matches at the tournament, was heckled throughout the competition after he was penalised for improving the lie of his ball at last week’s Hero World Challenge in The Bahamas.

He was criticised by members of Els’ team including Australian Cameron Smith, who said he “doesn’t have any sympathy for anyone that cheats”.

Then came the incident with his caddie Kessler Karain, who was thrown out of the tournament by the PGA Tour after reacting aggressively towards a spectator who had verbally abused Reed. Swing coach Kevin Kirk stepped in to caddie on Sunday.

“You make birdies, you don’t hear much,” said Reed, who was 6UP after seven holes. “Early on this week, we didn’t get up in our matches.

“If you get up in your match, the crowd will be pretty quiet. I was able to do that and silence a couple.

“The past couple days were tough, and today still wasn’t easy.” 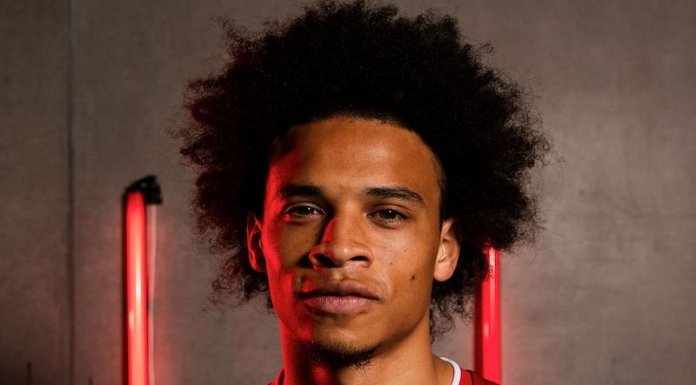