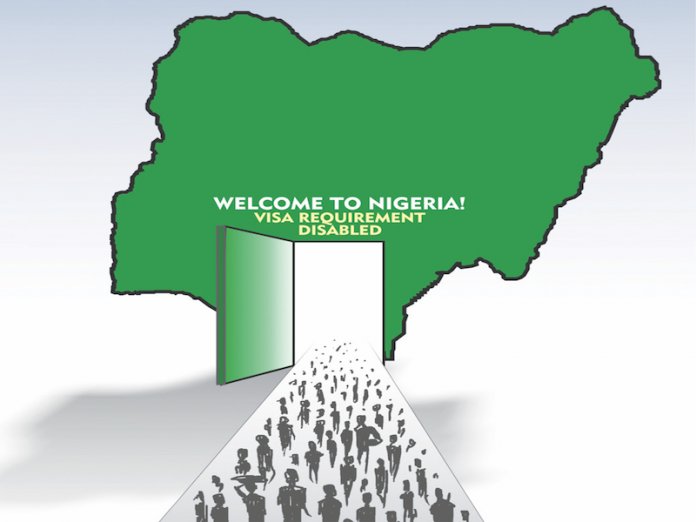 There are indications that the federal government’s new visa on arrival policy for Africa passport holders may significantly contradict the recommendations of the National Security Strategy (NSS) document recently launched by President Muhammadu Buhari as it relates to border security and Transnational Organised Crimes (TOC), THISDAY’s investigation has revealed.

The Office of the National Security Adviser (ONSA) is due to present the NSS document to the public today in Abuja.

Buhari, at a summit in Egypt last week, had pledged free visa on arrival to Africans visiting Nigeria with effect from January 2020.

He made the announcement during the Aswan Forum on peace and sustainable development.

“We in Nigeria have already taken the strategic decision to bring down barriers that have hindered the free movement of our people within the continent by introducing the issuance of visa at the point of entry into Nigeria to all persons holding passports of African countries with effect from January 2020.

“We should furthermore promote free trade within and amongst Africa and Africans especially now that we have launched the African Free Trade Area Agreement,” he said.

The new visa policy, however, contradicts the NSS, which recommended the closure of the country’s borders, as part of the security measures.

Nigeria’s borders with neighbouring West African countries have remained shut for more than three months owing to the activities of smugglers, whom government said undermined the country’s economy.

The National Security Strategy (NSS) 2019, which will be presented to the public today by the ONSA states that “Nigeria’s geostrategic environment is characteried by the increasing influence of international terrorist networks, the defeat of ISIS in Syria and the dispersal of combatants to other conflict zones, the frailty of nations in the region, the influx of foreigners and threats in cyberspace” have all combined to raise the levels of insecurity in the country.

The NSS, in decrying the country’s porous borders, said “Nigeria’s extensive land and maritime borders continue to be a major source of concern as they are largely porous and inadequately manned. This has aided irregular migrations and other transnational organised crimes.

“In the East along the Nigeria/Cameroon border, there has been an upsurge of refugees from the restive Cameroon Anglophone region crossing into Taraba, Benue, Cross River and Akwa Ibom States. Along the same axis, criminal gangs and pirates actively operate within the border areas.

“In the North, cattle rustlers and bandits operate freely across the international borders contiguous to Zamfara, Sokoto, Katsina, Adamawa and Taraba States.

“Additionally, the porous border areas between Nigeria and Benin Republic in the South-west are known for smuggling vehicles and food commodities, which undermines our economy.

“Tackling illicit cross border activities and strengthening border security are critical to addressing the threats of terrorism and transnational organised crime,” it stated.

The document added that to achieve national security, government should “improve our overall resilience for internal security, we will strengthen security in specific environmental domains such as territorial, border, maritime, aviation, and national critical infrastructure security”.

Concern has also been raised that the new visa policy is not in line with government’s decision to close the nation’s borders with neighbouring West African countries especially as it has to do with the ECOWAS protocol on free movement of people, goods and services.

Intelligence security sources told THISDAY that the new visa policy was at variance with the NSS and contradicted government’s position on border closure.

“How do you reconcile the new visa policy of giving everybody visa and the fight against terrorism? Do you have the security background of those Africans?”

“Does it not clash with the new defence strategy that emphasises tackling influx of undocumented migrants into Nigeria? Why do you give free visa to Africans and shut out another part of Africa in the name of border closure? “ one of the sources said.

However, the Comptroller-General of Nigerian Immigration Service (NIS), Muhammad Babandede, said the new visa policy would not compromise national security, adding that the NIS would adopt high level of professionalism in implementing the policy.

Speaking in Abuja at the weekend, the NIS boss said the agency would be professional in implementing the policy.

“The visa on arrival at the point of entry is an effort to accelerate African integration. Nigeria’s strategic decision is taken to bring down barriers that have hindered the free movement of our people within the continent by introducing the visa at the point of entry into Nigeria with effect from January 2020,” he stated.

A statement issued by the agency said “the Comptroller-General of Immigration is assuring Nigerians of the service’s commitment to ensuring high-level professional ethics in delivering the services without compromising national security.”

The president had earlier this month launched the National Security Strategy 2019 at the State House, Abuja.

Buhari had expressed happiness that the National Security Strategy 2019 was a product of painstaking and rigorous deliberations by relevant stakeholders committed to the task of safeguarding the nation from internal and external threats.

The ONSA will today in Abuja present the document to the public. 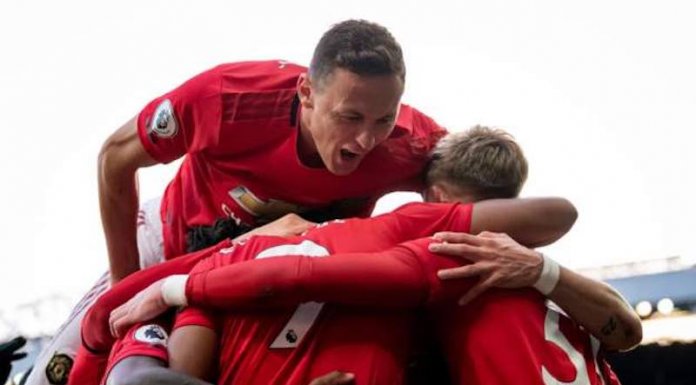 PDP, CUPP Urge Buhari to Speak out on COVID-19