… Obaseki won his unit, ward; more votes for Buhari than Oshiomhole as gov

The Special Adviser to the Edo State Governor on Media and Communication Strategy, Mr. Crusoe Osagie, has described the suspended National Chairman of the All Progressives Congress (APC), Comrade Adams Oshiomhole as a serial and pathological liar that must not be taken seriously.

In a statement, Osagie, responding to claims by Oshiomhole that he did not teach Governor Godwin Obaseki and his Deputy, Rt. Hon. Comrade Philip Shaibu how to lose elections, said Obaseki did not only win his unit and ward during the last general election, but also polled more votes for President Muhammadu Buhari in 2019 elections than Oshiomhole, when he was governor during the 2015 elections.

“In the House of Representatives, the state had 4 seats for the APC, against 5 for the PDP in 2015, while in 2019, under Obaseki, the APC won 5 seats, against the PDP’s 4. In the State House of Assembly, the APC won the entire 24 seats, which never happened under Oshiomhole’s administration.

“It bears repeating that the governor won his unit and ward in the general election and the marginal losses that the APC suffered in the state were orchestrated by Comrade Oshiomhole, who connived with some elements within the party to sabotage the APC, especially in Edo South in an attempt to de-market the governor politically.

“Chief among the collaborators with Oshiomhole to sabotage the president’s election in Edo South is Gen. Charles Airhiavbere, who did not only dislodge APC’s agents at the polling booths, but also funded the opposition in some units and wards to enable them have an upper hand against the APC.”

He added, “Another instance where Oshiomhole told a blatant lie in the full glare of the public was when Governor Obaseki went to the former governor’s residence in Iyamho during the last Sallah celebration. Oshiomhole told the world that he had no issue with Obaseki and that what people were witnessing was a media construction. This has since turned out to be far from the truth.

“The suspended National Chairman also said that he appointed only one Commissioner in the Governor’s cabinet. This is false, as it couldn’t have been possible since he picked a good number of the people who work with the governor, including the Deputy Governor, Comrade Shaibu; Secretary to the State Government, Osarodion Ogie, and many others.

“On another occasion, the former Commissioner of Police in the state, Mohammed Dan Mallam, publicly debunked the lie by Oshiomhole that his Benin residence was attacked. The CP categorically said the claim was false and that the Police, which ought to be in the know, could confirm that there was no attack on Oshiomhole’s house.”

He added that the disgraceful events that played out at the private residence of Comrade Oshiomhole when Governor Obaseki, the Oba of Lagos, Oba Rilwan Akiolu, Dr. Aderemi Makanjuola and other guests were attacked also exposed the lies of Oshiomhole after he came out to twist the story.

“Comrade Oshiomhole after the incident said that the attack was carried out by Comrade Shaibu, but the same Shaibu was in the vehicle that was attacked. So, this goes to show that Oshiomhole never tells the truth.”

The governor’s aide said with the endless tall-tales by the suspended National Chairman, the average Nigerian should know by now that Oshiomhole doesn’t stick to one story, noting, “It is rather unfortunate. It is the manifestation of this that we see with the crisis associated with different chapters of the APC across the country.” 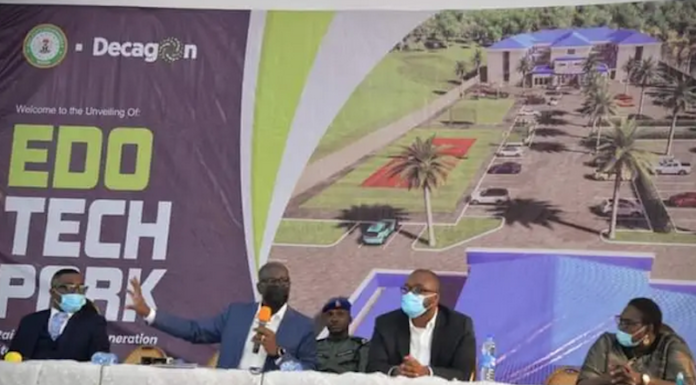