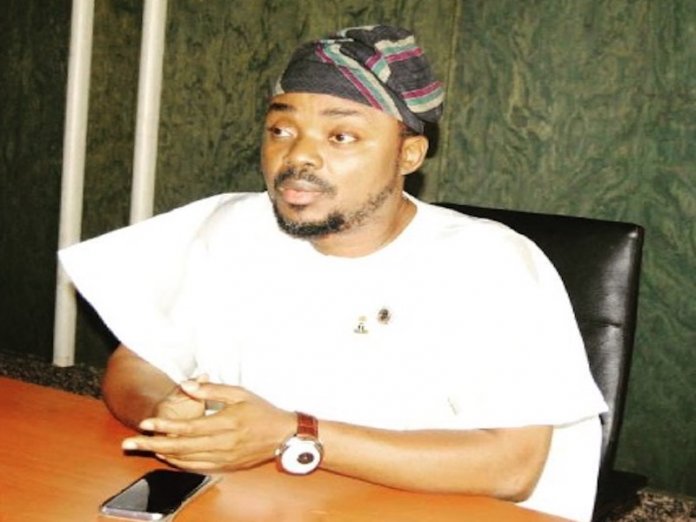 A favourite maxim of the young in the days of liberal media expression is that the youths are the leaders of the future. But they do not often say this without a cynical snort, owing to the fact that Nigerian youths have not exactly been apprenticed today, let alone expect some magical grasp of leadership in the coming days. But, some of the young men and women in positions of public administration and power are showing that the will to serve and serve well is not something that is usually taught; and these guys – hopefully before they leave the age-group category – will make enough waves to drown out the cynicism.

Wole Aboderin is one of these young men and women in the service of the nation. A budding politician, chartered estate surveyor, and valuer, as well as an IT management expert, Aboderin, could have diverted his skills and time to bae and belly and made quite a handsome and enduring reputation with a large following. But his patriotism bound him to public service, leaving him to scamp after every opportunity to better the lives of the youths within his sphere of influence.

Perhaps, it is this unique set of skills and charitable heart and motive that landed him the job of special assistant on Non-Governmental Organisations, a position that doubtless allows him to work his magic of administration and management with increased capacity. This became an obvious fact when the First Lady, Dr. Aisha Buhari, expressed appreciation to President Muhammadu Buhari for the approval of Aboderin and five other aides to her office.

Aside from his political, surveyor and IT identity, Aboderin is also a loyalist, describing himself as a proud Buharist whose faith and confidence in Buhari has never had cause to stumble. Being an APC member from Oyo State, his sentiments are somewhat understandable. However, Aboderin’s admiration for the president overshadows those of his companions especially because he (Aboderin) had been campaigning for the Buhari Dream since 2007.

While it may be said that Aboderin’s gamble has paid off, there is no doubt that he is doing his utmost best to satisfy all the requirements of his office. In fact, news from reliable quarters is that he is doing a very good job, bring his wit to bear and exhausting resources here and there to make manifest all that he was appointed for.