The leadership of the Christian Association of Nigeria (CAN) has described as provocative and unacceptable, the recent advocacy for more sharia contents in the constitution by the Chief Justice of Nigeria (CJN), Justice Ibrahim Tanko Muhammed.

CAN, which immediately demanded Muhammed’s removal, because he was religiously compromised and no longer trustworthy in the dispensation of justice, also pointed out that the president’s tilted appointment in favour of a certain religion was indicative of alleged Islamisation agenda of the administration.

A statement by the CAN President, His Eminence, Rev Dr. Samson Ayokunle, issued by Pastor Adebayo Oladeji, Special Assistant (Media & Communications) to the CAN President, stated that it was eagerly awaiting the rebuttal of the CJN on “the unfortunate and unguarded utterances that can provoke a religious crisis in the country”.

The statement read in part: “Our attention has been drawn to the advocacy of the Chief Justice of Nigeria, Justice Ibrahim Tanko Muhammed for the amendment of the Constitution with a view to adding more Sharia contents.
“Justice Muhammed reportedly made the call while declaring open the 20th Annual Judges Conference at the Ahmadu Bello University (ABU), Zaria Faculty of Law’s Moot Court.

“We have not seen the full text of the paper presented and we learnt the Chief Justice was represented at the event. So, it is difficult to know if the speech was that of the Chief Justice or his representative.
“We don’t believe that such a reckless and provocative statement could be made by the number one judicial officer in the country. How could the CJN say ‘We as Muslims have the numbers to amend the constitution’? It is not possible. It is either he was misquoted outright or quoted out of context.”

Speaking more pungently, CAN stated: “Asking for constitutional amendment with a view to adding more to the Sharia contents is ill-timed, provocative and unacceptable. Was the Chief Justice of Nigeria put there deliberately for the promotion of Islamic matters or to be unbiased and fair judge for all irrespective of religion? It appears from this statement (if he made it) that he was put there for Islamisation agenda.
“Those in government are warned not to use the cheap popularity or acceptance they seek to set two religious practitioners against each other.

“This type of statement, if true, is enough for the President of the country to initiate the removal of this Chief Justice from office. He is religiously biased and partisan. We have no more confidence in him. And we once again reiterate our advocacy for religious balanced in the appointments that are being made by the President.

“Lopsided appointments are direct contradictions to some portions of the 1999 Constitution (as amended). These include but not limited to Sections 10, 13 (3-4), 15 (2) (d) and (4). It is widely believed that no country survives two civil wars. Our leaders should be mindful of the complexities of the people they are leading.

“There have been Presidents, who are Christians. During their time, there was never a time they promoted their religion at the expense of others. Our leaders should stop paying lip service to the unity and peace of the country,” the statement noted.
CAN, therefore, warned against anything that could drag the country into another incident similar to the 1966 conflagration, adding that both the government and the governed must rise up to the challenges.

Wondering what would be the fate of Christians at the CJN court if he could be so openly partisan and parochial, CAN expressed reservations over the apparent silence by both the leadership of the presidency and the National Assembly on the CJN outburst.
“Do we take it that what he said is the official position of this regime on inter-faith relations? Why has no one in leadership, either, the Executive or Legislative arm of government taken him up on it? The Christian Association of Nigeria (CAN) is eagerly awaiting the rebuttal of the Chief Justice of Nigeria on the unfortunate and unguarded utterances that can provoke a religious crisis in the country.”

According to CAN, its leaders had previously met with President Buhari, where they made it clear that the lopsided appointments of his government in favour of a religion and a section of the country was unacceptable.
It said although President Buhari promised to look into the observation with a view to addressing it, what is being witnessed now, it maintained, showed that not much has been done to correct the imbalance.
CAN further said the statement credited to the Chief Justice appeared to confirm fears that “appointments are done towards a religious end of Islamisation.” 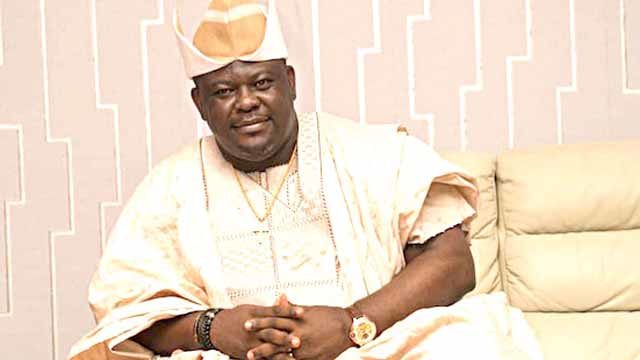