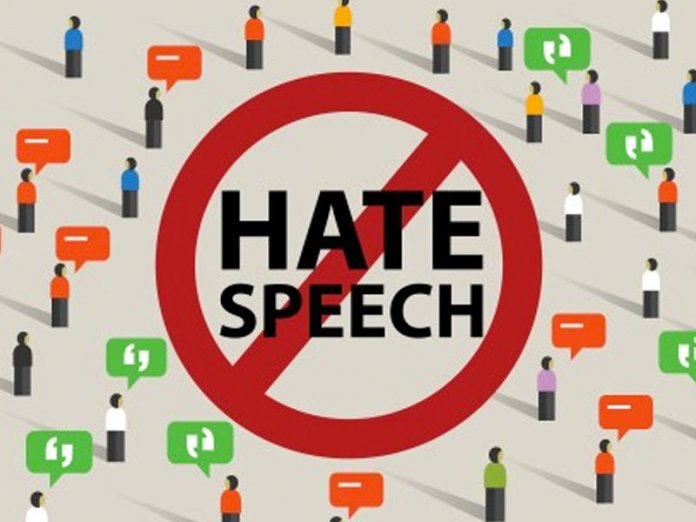 Reputation and image are what distinguish individuals and organizations from the crowd. When favourable, they translate to public goodwill which in itself is a sure password to prosperity. Also public goodwill is very delicate and may not be recovered intact if lost. That is the reason every success-oriented entity courts and jealously-guards public trust and respect.

There were two incidents that many Nigerian political observers may not readily remember but give credence to the foregoing opinion.

Again, in an open apology to his colleagues and Nigerians in general in 1999, over his offence of forgery and perjury, then House of Representatives Speaker, Salisu Buhari, confessed that he “was misled in error by the zeal to serve the nation”. No doubt, both accounts and in their separate contexts depict scenarios where passion for service and national interest leads off-track or when love for people and country becomes an albatross. This is unfortunately the unfolding story of the 9th senate.

Nonetheless, the defining attribute of this senate is shared vision predicated on sincere commitment to walk on the side of the people. Despite its relatively young age, it is empirically rooted on the path of responsiveness and transparency. Its President, Ahmad Lawan, in laying the decisive foundation for such people-oriented parliament had proclaimed that “in the laws we enact, in the oversight and representations we undertake, the wellbeing of the Nigerian people will always be our priority”. From the bottom of the image and reputation ladder the 9th senate rewrote the history of the federal legislature.

The last five months have not only given impetus to the policy but have given Nigerians sufficient reasons to keep faith with the 9th senate. For whatever parameters of assessment, it has heightened the hopes and expectations of the masses that at last, there is a government where their security and welfare are being accorded deserved attentions. The quality of legislations and overall interventions towards improving the living standard of the people, particularly efforts at reinventing the economy, have been quite reassuring. In short by its words and actions a regenerated Nigeria is imminent.

But pathetically, all these after all are seemingly ephemeral. The garnered public confidence and goodwill are now geometrically fizzling away. The expectations of the people are being cut off prematurely. Perplexed, Nigerians are at loss as to why the 9th Senate could suddenly contemplate derailing at a time it is being applauded and expected to consolidate on its sound footings.
Perhaps, in a bid to further its profound love for the people and country, the senate fell for the appeal of two bills whose introduction have shaken Nigeria almost to the foundations. This is yet another case of love that hurts.

Protection from Internet Falsehood and Manipulations Bill (a.k.a Social Media Bill) according to the sponsor, is aimed at guiding the users of the internet with a view to curbing fake news and ensuring sanity on the social media. It also provides for arresting and prosecuting anyone or group inciting hate or making hate speeches online.

The National Commission for the Prohibition of Hate Speech Bill provides for investigation and punishment of those found guilty of hate speech or spreading of falsehood that leads to death of another person. By the promoter, it is “designed to address issues of discrimination, hostility and violence in Nigeria”.

But for whatever they worth or intend to achieve, the two pieces of legislation have inherent capacities to erode all the positive values that the 9th senate represents. Objective researches on their possible strategic implications show that there is nothing they tend to offer that has not been taken care of in the existing laws of the land. The timing and the mood of the country equally do not help matters.

Whereas abuse of social media and hate speech for what they truly mean are condemnable they bear no correlation to the prevailing harsh economy, insecurity and corruption which the government of the day is already tackling. Furthermore, the sponsors could not align the bills with the legislative agenda or the overall vision of the regime, at least to show how they contribute to implementing the launched legislative framework in the interest of the masses.

Singularly, the social media bill is not home grown and as such cannot operate seamlessly here because it is alien to our peculiar terrain. Besides, the mere fact of the bill being a proven product of plagiarism, morality demands that it should be jettisoned at face value, to send a message that our senate is an institution that encourages diligence, pragmatism and creativity. The legislation is a replica of Protection from Online Falsehood and Manipulation Act 2019 of the Republic of Singapore passed on May 8, 2019. The only difference is that while in the Nigerian version the word “online” was replaced with “internet”. But even in the event that the bill holds any value, social media space is such borderless that any attempt to regulate it is akin to punching the wind. Propensity to use fake identities to operate social media accounts is high and unbridled. One can be in any part of the world and comment on scheme of things in Nigeria. Hence it is a vain effort deploying resources to regulate what you cannot control.

Meanwhile, and because the quality of governance is reflected by the people, such expressions are meant to be freely effected especially through the media. So whatever infringes on the media for any reason is a potent threat to democracy.

Similarly, the hate speech bill is vague as to what constitutes hate speech in this context. It is equally contradictory to constitutional provisions for freedom of expression and other civil liberties which even facilitated the electoral fortunes of this government ab initio. Otherwise, what is hate speech aside libel, slander and sedition that already have secured places in the constitution? Again, what are the essences of the Cybercrime (Prohibition, Prevention, etc.) Act of the Parliament? And instructively, the proposed bill is an insignificantly-modified copy of what the 8th senate discarded in deference to public opinion.

So put together, the two bills rather tend to strengthen the positions of those imputing sinister motives in the policies of the administration particularly the speculation of a third term agenda. Or, if the bills are not self-serving and logically fertile grounds to fuel the apprehensions that the media and the masses are the ultimate target for subjugation towards political expediency, the amount of zest and zeal associated with the bills should equally be channeled to other numerous germane issues including critical sectors yearning for dexterity and concerted efforts of the senators.

It is on record that the 9th senate promised review of the Universal Basic Education Act; Amendments to the Electoral Act; and improving the Quality of Healthcare services in Nigeria. They also proposed to address unemployment and poverty, insecurity, agriculture, shortage of housing and general infrastructural deficit in the country as well as quick passage of the Petroleum Industry Bill. They should make good their promises in all these or risk public apathy and hostility with attendant implications.

The mood of the masses rightly favours the opinion that the bills are as repressive as they amount to deliberate disservice particularly to the memories of lost lives during the struggles to enthrone democracy in the country.

Certainly, Henry Shield is not alone on the passionate appeal to the 9th senate that, “as constituents and citizens alike, we believe that the proposed bills suggest that you lawmakers are anti-people and unwilling to either understand the sufferings of Nigerians or even take any meaningful step to mitigate them. We therefore, hope that you will listen to the unanimous voice of Nigerians that these bills have no place in our democracy and must be forever banished to the trash can”.

9th Senate cannot afford to bungle this opportunity to advance and deep public acceptance. Mindful that posterity does not forget, the lawmakers should ponder on the grim prospects of betraying the huge public trust on the altar of parliamentary bravado, under the cloak of patriotism.

Therefore in order to redeem the situation and wish away the imminent requiem, the senate should internally review the bills side-by-side the public outcry sequel to the emotional and psychological disquiet the bills have continued to evoke in the minds and hearts of the citizenry. The lawmakers should in this trying period manifest high moral standards. The leadership should, especially now that it matters most, deploy its trademark of proactive, empathetic and strategic disposition so as not to join the league of the infamous.