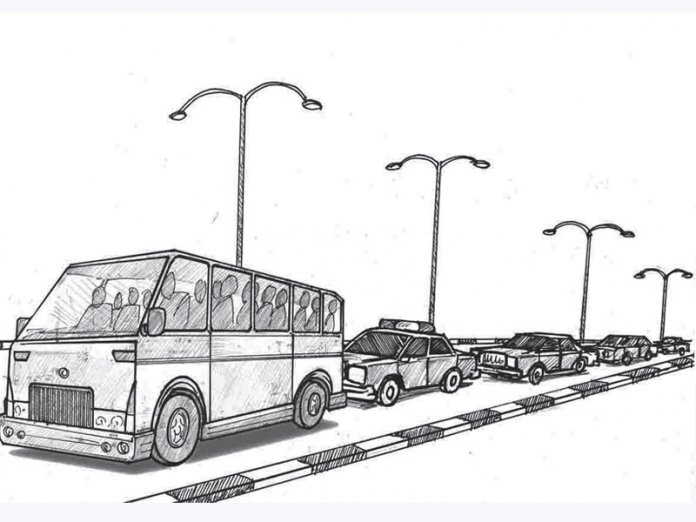 The private sector should be actively involved in roads’ construction

Nothing perhaps underlines the deplorable situation than the recent call by the Senate for a declaration of a state of emergency on federal roads across the country. Following years of neglect, fixing the highways requires enormous funding, which obviously is not at the disposal of the government. This is why it is expedient to evolve several funding options.

At the beginning of the year, President Muhammadu Buhari signed the Executive Order 007, which permits private companies to fund the construction of major road projects in the six geo-political zones of the country. The initiative is pursuant to the “Road Infrastructure Development and Refurbishment Investment Tax Credit Scheme”, a policy to source alternative funding for infrastructure, including road and electricity projects. Under the scheme, 19 eligible road projects are to be undertaken by six leading manufacturing and construction firms, located in 11 states, and in each of the six geo-political zones.

Just recently, the Ondo and Ekiti State governments also disclosed that they had concluded plans to construct a tollgate on the Akure-Ado Ekiti expressway, after the federal road, designed to be a dual carriageway, was completed. According to the Ondo State Governor, Rotimi Akeredolu, the project will be financed through a loan from the African Development Bank (AfDB). He said: “When completed, this road will be tolled so as to enable the state government to have a channel of repaying money that will be spent on it.”

Experts argue that Nigeria needs to invest at least N3 trillion over the next couple of years to bridge the road infrastructure deficit. For the government to provide such funding outlay is an impossible task at a time when there is a heavy mismatch between budgetary provisions and revenue targets. For instance, this year’s budget has N260 billion earmarked for roads while reports indicate that the 2020 budget for roads can only cover 500 roads out of the 3,800 identified as requiring serious attention nationwide. These statistics do not in any way inspire confidence that the country is on a trajectory that would reverse the already disturbing situation.

It is therefore imperative that the only way to address the huge road infrastructure challenge is to urgently evolve innovative funding options capable of making the private sector play a more pivotal role than it does at present. It is obvious that government at all levels is hamstrung by funds to address the deplorable roads across the country. That is why options like the Road Infrastructure Development and Refurbishment Investment Tax Credit Scheme and the Ondo-Ekiti federal highway experiment, among others, are desirable.

We also believe that the federal government should rethink its stance that state governments should desist from rehabilitating federal roads traversing their respective domains. Whatever may be the justifications for the decision, in the present circumstance, it makes more sense to fashion out mechanisms to check possible abuse by states while fixing federal roads. In recent times, the Federal Roads Maintenance Agency (FERMA) has not effectively risen to its responsibility of maintaining roads nationwide, resulting in the terrible situation that the roads have become. Its failure has been blamed on paucity of funds – worsened by bodies like the Petroleum Product Pricing Regulatory Agency (PPPRA) reported failure to remit the five per cent user charge of fuel pump price as stipulated in the FERMA Act for the rehabilitation of federal roads.

As Christmas and New Year festivities are fast approaching, many Nigerians move from one part of the country to the other to celebrate with their families and friends. Fixing the roads has therefore become urgent to prevent avoidable deaths and hardship.