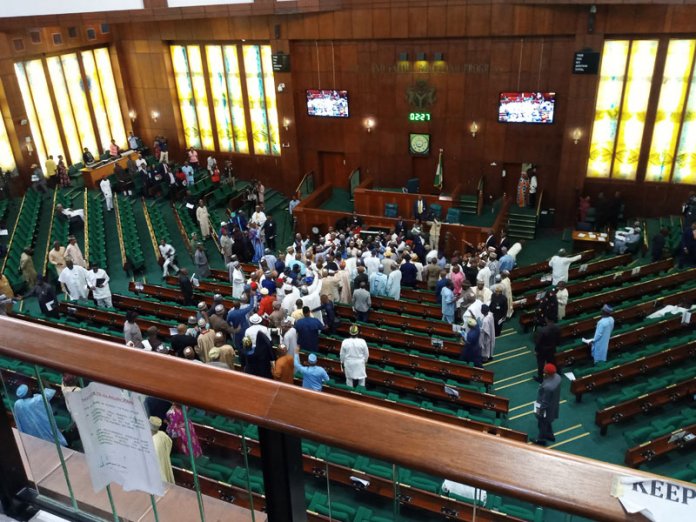 The House of Representatives has ordered an investigation into alleged breaches, impunity and other infractions by some federal government institutions on insurance and actuarial matters.

It also mandated the House Committee on Insurance and Actuarial Matters to conduct an investigative hearing involving all relevant stakeholders to identify any breaches and ascertain the veracity of the suspected infractions by the institutions.

The decision of the House was sequel to the adoption of a motion of urgent public importance moved by Hon. Gideon Gwani at the plenary yesterday.

In his lead debate, Gwani said Section 88 (1) and (2) of the 1999 Constitution as amended and also the mandate of Committee on Insurance and Actuarial Matters as provided by Order 18 Rule 55 of the House Standing Order provide for oversight of insurance companies that take cover of government properties, ensuring diligence and adequate insurance policies covering all federal government properties and agencies, and the review of their annual budget estimates.

He said these institutions are currently renewing their insurance with suspected existing breaches which would put Nigeria and Nigerians at serious economic and social disadvantage, adding that Nigeria would lose billions of naira thereby worsening the political and social imbalance the country is currently facing.

The lawmaker pointed
out that the low retention capacity of the dollar denominating businesses in Nigeria has direct influence on low human and financial capacity in the Nigerian insurance industry, stressing that this had created room for massive cessions
and retrocessions of insurance businesses outside Nigeria.

Gwani noted that the practice of domiciling some of the insurance ventures outside the country tremendously promote money laundering and illicit financial flows to the tune of several billions of naira in the insurance sector.

According to him, “For instance, international oil companies (IOCs), through NAPIMS, Nigeria Satellite Communications Limited on the insurances of NIGCOMSAT 1R are all suspected to be in breach of various laws.

“We are further aware that several billions of naira are suspected to be paid as premium annually on either non-existent assets or on unverifiable data with unadjusted premium in breach of Section 61 of Insurance Act 2003 by some federal government institutions, which include but not limited to the Office of the Head of Civil Service of the Federation, National Youth Service Corp (NYSC), some security agencies in collaboration with insurance companies that do not pay claims.”

The lawmaker expressed worry that the ineffective regulation of foreign placements of insurances has made it impossible for the Nigerian insurance industry to contribute meaningfully to the Gross Domestic Product (GDP) of the country.

Gwani stated that today, less than 0.5 percent is contributed to the country’s GDP as against 2.8 percent in the United States of America.

He lamented that Nigerian’s foreign reserve is highly depleted due to unchecked huge retrocessions of business because each business placed abroad amounts to importation of service that has direct impact on the foreign reserve.