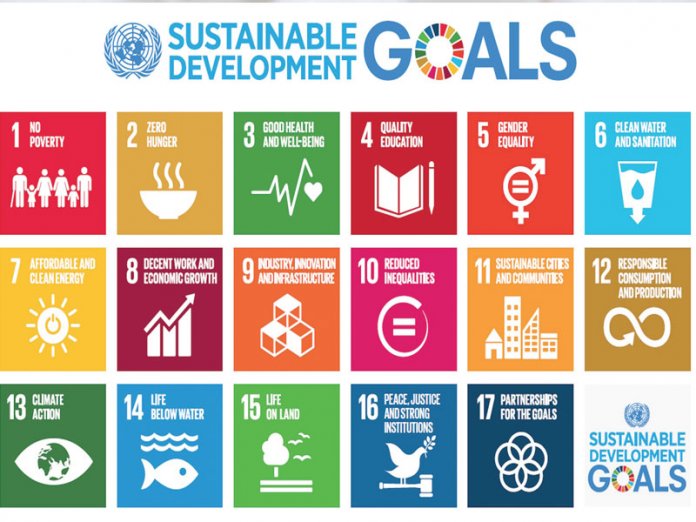 As part of efforts to ensure countries around the world meet the United Nations’ Sustainable Development Goals (SDG) target by 2030, an international organisation, Global Citizens has partnered the Nigerian government to ensure the country is not left behind.

Speaking at the launch of Nigeria 2020, organised by the body in Lagos recently, the co-Founder, Global Citizen, Mick Sheldrick said the world needs $350 billion annually if it hopes to end extreme poverty and achieve the global goals in the 59 poorest countries by 2030.

He said: “Each year, we do not meet this cost, more people will fall into poverty and the cost of inaction will go up. That is why 2020 must be a year of urgency where we remind the world’s governments and businesses of the budget gap facing the goals, they all signed up for. We look forward to working with the Nigerian private sector to help drive progress toward the Goals.”

He announced that on September 26, 2020, Nigeria will play host to a 10-hour live broadcast to showcase simultaneous festivals in Lagos and New York’s Central Park — as well as satellite events in Seoul, Korea.

He said: “To be on target to achieve the United Nations Global Goals by 2030, 120 million people should have been lifted out of extreme poverty between 2016 and now. The 2019 Bill & Melinda Gates Foundation Goalkeepers report estimates that 83 million people have escaped poverty during that period, demonstrating progress, but falling short of the required rate. For every year we remain behind the target, the work needed to achieve the Global Goals increases.

“Nigeria tops the list of the African countries where rates of poverty are increasing, with six people falling into extreme poverty every minute. Current estimates put the number of people living in extreme poverty in Nigeria at 89 million. The highest anywhere in the world, and more than 40 per cent of the population.“

Global Goal Live: The Possible Dream was launched by Global Citizen, in partnership with Teneo, during the UN General Assembly in New York on September 26, 2019. The most recent Global Citizen festival in South Africa secured financial commitments of $7.2 billion.

Sheldrick said the campaign in Nigeria aims to exceed this by mobilising billions in commitments for Nigeria, adding that specifically, $2 billion of the money allocated to Nigeria will be used to impact the lives of millions of impoverished women and girls. “The campaign will feature a series of events throughout 2020, culminating with the global events on September 26, 2020,” he said.

The Chairman, Global Citizen Nigeria, Tunde Folawiyo, said achieving Nigeria’s pledge to lift 100 million people out of poverty in the next decade will only be possible if the public sector, private sector and civil society collaborate closely, adding that a coordinated, multi-stakeholder approach was essential.

The Vice Chairman, Global Citizen Nigeria, Aigboje Aig-Imoukhuede, said: “The government alone cannot deliver the resources we need to win the fight against extreme poverty. We must create multiple entry points to allow local and global influencers come together and make a difference. Innovative financing models, creative partnerships and new technology is what this movement to end poverty must deliver.”

The Senior Special Adviser to the President on the Sustainable Development Goals, Princess Adejoke Orelope-Adefulire described the partnership as one of the best things to have happened to Nigeria, adding that this will aid the country in pushing towards meeting SDG target.

“We can end medical tourism, and poverty in Nigeria. Government alone cannot do this, that is why we are opening up the space for the private sector as the driver. The heart of SDG is partnership, and this drive will be the beginning of good things to come,” she added.