Raheem Akingbolu revisits the just concluded Economic and Investment Summit organised by the Osun State government and reckons that it might reposition the state as economic haven of the South West if all the takeaways from the summit are followed to the latter.

In the last 10 years, almost all the states in the South West had at one time or the other rolled out the drum to announce a rebranding process. From Lagos to Ekiti, Ondo to Oyo, down to Osun State, the story has remained the same; logo unveiling and sloganeering. Despite the huge resources voted for the launch activities by the various states, the messages appeared not to have resonated with the target audience because of lack of branding properties that were expected to shore up the profile of the states.

Perhaps because of his background as a top player in the corporate Nigeria before delving into politics, the current Governor of Osun State, has gone back to the basis to position his state based on the unique selling points of his people. At the end of the recently held economic summit, organised by the state, participants were not in doubt that Osun was bent on giving hope to the promoters of ‘Dodo Ikire’, ‘Akara Osu’ and the ‘Osomaalo’ sobriquet in Ijesa land. It was also cleared that the mining activities on Ife/Ijesa villages like Igun, Ibodi, Iperindo and others will soon be given adequate attention.

Speaking his opening remark at the three days event, Governor Oyetola stated that at the end of the event, participants would have gain a clear picture of Osun as an investment destination for its educated and enterprising population with more reliable grid supplied electric power than any other part of Nigeria. He also made reference to the state’s proximity to major markets, cultural attractions and business-friendly government. The governor also confidently assured them that the participants would have determined the areas within the sectors of the economy where Osun can accelerate their businesses. To this end, he charged them to point at what they thought government could do to earn their businesses and make the state a destination for their capital.

According to him, addressing these observations would indicate to the administration the level of interest and commitment by the private sector to invest in Osun, and the areas for Osun to improve on to become even more attractive.

He said: “This summit is thus not only a very special opportunity to share our Administration’s Development Agenda with the world, but to also showcase and cultivate new partnerships to drive our economic growth and development. This event also fulfills a promise. When our administration assumed office almost a year ago, we pledged to build on the phenomenal gains recorded by our forebears and to urgently chart a new course, a new pathway to economic rejuvenation,”

Speaking further, Oyetola stated that Osun vision of the future was clear, stating that the administration’s goal to achieve inclusive socio-economic growth was rooted in the 10-Year State of Osun Development Plan and in his manifesto during the last year’s electioneering campaign. Among others, he noted that the administration’s plan rests on four developmental pillars; economic development, infrastructural development, human capital development & security as well as environmental sustainability.

“As part of our process to prepare for this Summit, we embarked on a painstaking profiling of our economy with our resource partners by the identification of growth opportunities across sectors and the development of strategies to optimally drive our economic aspirations. We came up with two products – a State of the State Report, and a deep dive into a Sector-by-Sector report on the economy. These are the foundational elements of Investment Guide, to inform your curiosity about the plethora of opportunities The State of Osun represents.

“As a modestly-accomplished private sector player that I was before joining politics, I know what the issues are and I assure you of our Government’s commitment to seeing your business secure, grow and flourish in Osun. Come and do business with us. We are a mining State that hosts solid minerals. We are also a State that has invested in acquiring the licences for solid minerals under our land from the Federal Government. No other state in Nigeria can offer the unique combination of both regulatory and commercial fusion. We are a risk ready State with an appetite for enterprise and reward for winnings,” he said.

Synopsis of each sector
Before giving a brief synopsis of each sector, Oyetola highlighted the three key sectors, where the state wanted investors and partners to look into for opportunities. These are agriculture, which represents 35 per cent of Osun’s GDP and mining which, at N1.3 billion per annum, currently officially represents 0.081 per cent of Osun’s GDP and culture and tourism which contributes less than two per cent to GDP. To the governor, if the state can unleash the potential of these three sectors, supported by first-class infrastructure, they will have a transformative effect on her projected growth and development.

Speaking on agriculture, which he described as Osun’s biggest sector, he pointed out that the state is blessed with the right conditions for multi-crop cultivation. The governor particularly stated that Osun is a natural location for many export crops such as cocoa, palm oil, plantain and yam, among others.

“Being largely an agrarian economy with fertile and expansive landmass, we are your most- suitable location for agricultural investment. With a Land Bank in operation and our avowed commitment to making Osun the main hub of agriculture in South West Nigeria, we seek your partnership to further open up this sector via investment on large scale crop production, beef chain development, establishment of seed companies and partnership to develop farming services in the areas of quality seedling supply, farming equipment leasing, as well as development of financial and extension services to farmers, among others.

“We are a mining state that hosts solid minerals. We are also a State that has invested in acquiring the licences for solid minerals under our land from the federal government. No other state in Nigeria can offer the unique combination of both regulatory and commercial fusion. We are a risk ready state with an appetite for enterprise and reward for winnings.
“The state acquired 17 mining licenses for Gold – 10; Quarry – 4; Lead/Zinc – 2; and Quartz and Feldspar -1, from the Nigeria Mining Corporation, and we are willing to partner with interested local and foreign investors to develop these mineral resources,” he added.

For the tourism and culture sector, which has, for decades put the state on the world map, Oyetola cheerfully invited his guests to explore the innumerable gifts of nature the state is blessed with. He stated that as the cradle of the globally-renowned and immensely-gifted Yoruba race, Osun, with its diverse iconic tourist’s sites and cultural events, is a globally-acknowledged destination of choice.

“From the annual Osun Osogbo Festival hosted by UNESCO-designated World Heritage Site, the Osun Osogbo Sacred Groove, the Olojo Festival, to the magnificent Olumirin Seven-Steps Waterfalls, Erin Ijesa, Owala Dam to the Ayikunnugba Watershed, to the Kiriji War Site, among many other exciting cultural sites and events, The State of Osun is the pride of the nation and a global jewel.
Our citizens are also noted for their historical expertise in merchandised products such indigo-based textiles, crafts work and expressive arts such as dance, painting, filmmaking and other arts. We know what is possible if these are fully explored,”

To reposition the tourism sector to maximise potential and generate viable employment, he threw it at the participants that his administration is looking forward to working with investors in the establishment of a Destination Management Organisation (DMO) through Public-Private Collaboration; establishment of a Yoruba World Heritage Centre in Ile-Ife (New Ife); promotion of Indigenous Products and construction of malls and markets in major cities and towns, among others.

Knowing well that no significant economic development can take place in the absence of quality infrastructure that support economic activities, he was quick to add that the state government has prioritised investment in infrastructure development, building on the phenomenal achievement recorded in the last eight years. He also disclosed that the state has also partnered with notable development agencies such as the World Bank and the French Development Agency to open up more rural areas to ease business and transportation.

In his remarks while declaring the three-day summit open, the Vice President of Nigeria, Professor Yemi Osinbajo, commended the state government for hosting the event, which he described as impressive and organised.

Osinbajo, who was represented by the Senior Special Assistant to the President on Trade and Investment, Dr. Jumoke Oduwole, also lauded the governor for providing what he described as focused inspirational and well-meaning leadership in the state.

He said, “I am particularly very delighted visiting Osun, widely acclaimed for its rich cultural heritage, hospitality and the enterprising tradition of her people. Peaceful, virtuous, resilient and vibrant, Osun is a pride of the nation.

“As a choice tourist destination, Osun is certainly most enriched in terms of its widespread iconic tourists’ sites, globally-acclaimed festivals such as the popular Osun Osogbo festival, Olojo festival, among many others.

“Aside its fertile land which makes agriculture thrive unusually, the array of its mineral-resources and the fact that Osun is also fortunate to be home to some of the nation’s most highly gifted and accomplished citizens. Undoubtedly, Osun is a profoundly blessed State.”

The Vice President further noted that the objectives of the Summit are in tandem with the Diversification Agenda of the Federal Government, adding that the governor has demonstrated exceptional leadership in building on the achievements of his predecessor and particularly in his aggressive pursuit of economic rejuvenation of the state.

Meanwhile during a panel session on Governor’s Policy Dialogue: Leading the Pathway to Economic Growth and Prosperity, the Minister for Youth and Sports, Mr. Sunday Dare alluded to the fact that Osun has a number of people who are into vocational activities. He urged the state to adopt Thailand’s approach by infusing tech into agriculture to accelerate the development.

He said: “We live in a smart world with components such as E-commerce, E-Health and E-Agriculture. Osun may wish to adopt Thailand’s approach by infusing tech into agriculture to accelerate development.”
“Unless we start to infuse technology into vocational skills, we will not be able to move as fast as we would like to see it happen,” he added.

Prince Alade of Africa Red Crest, a Singapore based company with investment in Nigeria explained that their organisation has initiated the process to partner with the state of Osun by investing 10 million dollars in rice farming in the state.

Beyond the glamour that trailed the summit, the fact that the state is set to explore the place of private sector in economic and infrastructural growth is a pointer to a new dawn for the people of Osun State. 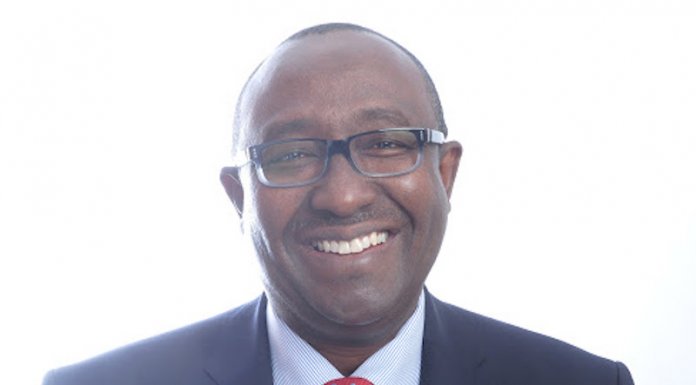