Following the threat by electricity workers under the auspices of the National Union of Electricity Employees (NUEE) to shut down power generation and supply in the country, business leaders have warned against the dangers of nationwide blackout on what they described as a “fragile” economy.

The Lagos Chamber of Commerce and Industry (LCCI) and the Nigeria Employers’ Consultative Association (NECA) warned against the dangers in their separate interviews with THISDAY.

The NUEE wednesday also picketed offices of some of the power distribution companies (Discos) across the country and the Ministry of Power.

Some of the grievances of the workers include unpaid benefits to over 2,000 disengaged staff of the defunct Power Holding Company (PHCN) since 2013; underpayment of over 50,000 ex-PHCN staff; payment of half salaries to workers by the Discos and unfair labour practices over unresolved labour issues, including alleged refusal by some Discos to remit deducted contributory pension fund to workers’ Pension Fund Administrators (PFAs).

In Abuja, the workers, led by their Chairman, Mr. Godfery Aba, blocked the main entrance gate and locked out some staff of the Ministry of Power in the presence of armed police officers. They demanded that the minister must come out and address them.

However, after addressing journalists, the workers dispersed without being addressed by the minister.

“We have exhausted all available channels for resolving the issue. The labour laws provide that workers should give 14-day notice, which can be extended by one week. But we gave 21-day notice and even the letter was dated November 7, 2019. So, the notice is even more than what the law requires from us. “Nobody can accuse us of not given enough notice. We will meet today or tomorrow to take action. We can shut down any moment,” he explained.

But responding to the workers’ position, the Minister of Labour and Employment, Senator Chris Ngige, told THISDAY wednesday that the workers had not issued any strike notice to the federal government and it would be unlawful for them to embark on strike.

Assessing what the economy would lose should the workers disrupt power supply, the Director General of LCCI, Mr. Muda Yusuf, told THISDAY that any industrial action by the electricity workers would no doubt take a toll on businesses.

“This would mean additional burden of cost arising from the total dependence on alternative sources of power. These alternative sources are typically more costly for businesses. What this means is that an already bad situation would get even worse. The electricity sector is a strategic area that should ordinarily not be exposed to the risk of industrial action. This development reflects the flaws that characterised the transitioning from the then PHCN to the current arrangement in the sector. A holistic review of the entire power sector ecosystem is imperative,” he explained.

Yusuf added that the power sector reform has not delivered the desired outcomes, adding that the citizens’ expectations are not met.

According to him, the experience in the power sector has given privatisation a bad name.
“There were issues of due diligence, technical capacity, financial capacity, political interference, commercial losses, technical losses, tariff and the economics of the private sector investment. There were diverse internal and external variables that impeded the achievement of the desired outcomes of the power sector reform,” he stated.

The Director General of NECA, Dr. Timothy Olawale, called for caution, saying the consequences of any form of industrial action on the fragile economy could only be imagined.

He said: “All must respect the position of the Trade Union Act (2005), as amended, which prescribes dispute resolution mechanisms as against strike as the first approach to dialogue. We urge labour to embrace dialogue or approach the National Industrial Court (NIC) to express their grievances rather than take the disruptive path of strike.

“It is no gainsaying that electricity is one of the bedrocks of national development. The challenges faced by operators in the sector are there for all to see. Therefore, it is expected that all hands should be on deck to support investors to surmount these challenges for the good of our nation.”
While advising parties to follow due process, Olawale urged all parties to refer the dispute to the Ministry of Labour and Employment for mediation.

He cautioned against embarking on another strike.
“Without prejudice to current economic situation, all employers are expected to comply with regulatory provisions as regards remittance of employee Pensions, ITF and NSITF contributions amongst others. For defaulting employers, the law prescribes stiff penalties to sanction such employers. All parties in industrial relations in Nigeria should endeavour to allow the law to take its course rather than be party to the palpable lawlessness pervading our nation,” he said.

Executive Chairman of Kyre Investments Limited, Josepha Madueke, also warned that the strike would have serious implications on both the economy and social lives of Nigerians.

“It is capable of grounding the manufacturing sector because electricity is needed to keep the production line running. Some, who will be able to afford it will be forced to rely on generators, which will have a telling effect on their cost of production.

“Also most public utilities providers like Water Corporation will find it difficult to provide services. There is the likelihood of shortage of water, which will worsen sanitation,” he said.

But in a bid to avert nationwide blackout, the leadership of the House of Representatives has resolved to meet with the NUEE thursday to address its grievances.

The House has also summoned the Minister of Power, Alhaji Saleh Mamman, and Ngige as well as the Director General of Pension Commission, Ms. Aisha Dahir-Umar, to appear before the leadership of the House today.

The resolution of the House followed the adoption of a motion moved by the Deputy Minority Leader, Hon. Toby Okechukwu, on the urgent need for the federal government to interface with the electricity companies.

Moving the motion, he said that a petition dated November 7, 2019, was written to the Minister of Power by the NUEE, and copied to all distribution companies (Discos) and generating companies (Gencos) where the union gave a 21-day ultimatum for its demands to be met or it would declare a nationwide strike.
He listed the union’s grievances and noted that having exhausted every avenue for resolution of the dispute, it had no other option than to withdraw services without further notice.

The Minority Leader, Hon. Ndudi Elumelu, said despite the country generating only 4,000MW of electricity without capacity to transmit all, he could not imagine the impact of electricity blackout on the nation’s economy.

The Speaker, Hon. Femi Gbajabiamila, in his submission said that there would be intended and unintended consequences that could only be imagined if the workers should disrupt electricity supply.
“I think we should amend your prayers to invite the Ministers of Power, Labour and DG of PenCom to meet with the leadership of the House 2:00 pm tomorrow,” he said.

The House also resolved to open back channel communication with the union ahead of today’s meeting.

Meanwhile, Ngige has said the leadership of the union of electricity workers did not follow due process in declaring the industrial action.

Ngige told THISDAY wednesday that the union did not give any notice of strike to the ministry before embarking on an industrial action.

“The electricity workers union has not made formal complaint to my office. You can’t just wake up and embark on strike action without formal notice. The procedure is that you first write the ministry of labour whenever a trade arises,” he said.

He added that under the trade union laws once there is a dispute, the place the affected union should take its case to, is the ministry of labour.

However, the minister said the leadership of NUEE failed to do this rather it relied on the letter it wrote to the Minister of Power, to threaten industrial action.

Ngige explained that it is after receiving a formal complaint from the union declaring trade dispute that his ministry would invite the parent ministry to arrange for dialogue in order to resolve the matter.

“Once a trade dispute is outside the capacity of the direct employer, the next place to go is the ministry of labour to report the matter and declare what is called trade dispute notice. So if he has done so for an essential service like the power sector, he is just looking for trouble and trying to cause trouble for everybody,” he said.

Also wednesday, Ajaero said the federal government had reached out to the union for dialogue to end the strike .

He told THISDAY that two meetings were scheduled to hold yesterday between 8pm and 9pm simultaneously in Lagos and Abuja by the Ministry of Power.

He said while the meeting in Abuja would be between the union and the Minister of State for Power, the one in Lagos would be anchored by the minister’s representatives. 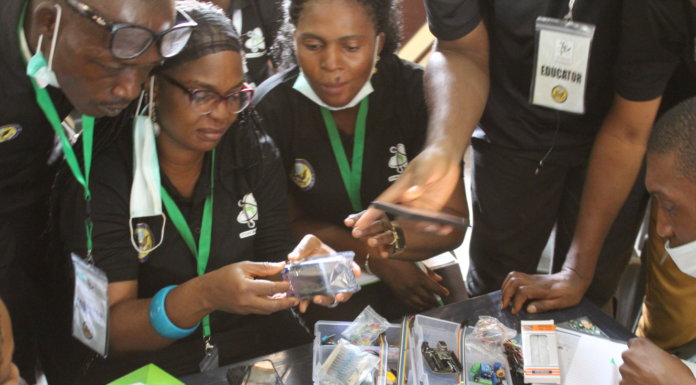