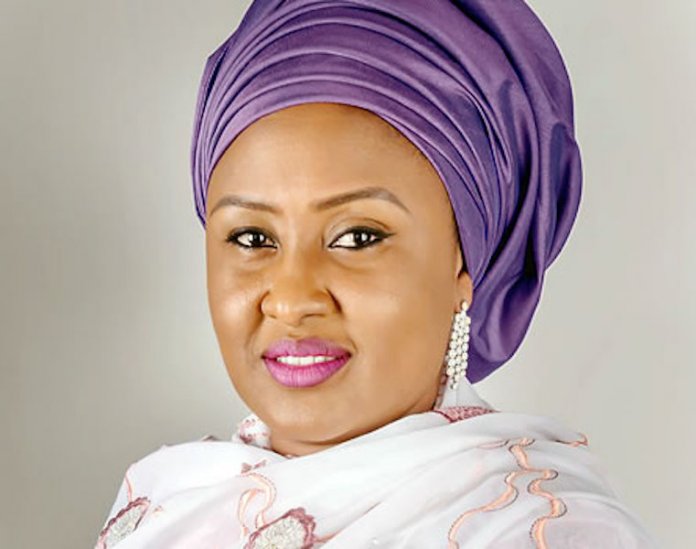 First Lady, Mrs. Aisha Muhammadu Buhari, has appointed the wife of the Vice President, Mrs. Oludolapo Osinbajo, and wives of state governors as TB champions to lead the fight against TB in Nigeria.

Mrs. Buhari who is also a global tuberculosis (TB) champion and ambassador, disclosed this

at an investiture ceremony which was held in collaboration with Stop TB Partnership Nigeria at the Conference Room, Office of the First Lady at the Presidential Villa in Abuja.

Speaking at the event, the Executive Director, Global Stop TB Partnership based in Geneva, Switzerland, Dr. Lucica Ditiu, stated that Nigeria had one of the highest burden of TB in the world, number one in Africa and sixth globally.

She revealed the importance of ending TB Nigeria and its significance to Africa and the rest of the world and reiterated that more than ever before, leaders from various sectors in the country are needed to lead the fight against TB.

“The investiture of the first ladies is highly significant and commendable because it is important to end TB in Nigeria and its significance to Africa and the rest of the world.

“More than ever before, leaders from various sectors in the country are needed to lead the fight against TB, as Nigeria has one of the highest burden of TB in the world, number one in Africa and sixth globally,” she said.

Also during her presentation, Dr. Temitayo Odusote, the TB Team Lead, USAID Nigeria, emphasised the role of the first ladies which mainly are to work with other stakeholders at the national, state and local government levels to create more awareness about TB and advocate for more domestic resources to support TB programs and services.

In her remarks, Mrs. Buhari commended the first ladies for their work under the Governors’ Wives Advocacy Coalition (GWAC) and implored them to use their vintage position to support all efforts to end TB in their respective states and Nigeria as a whole, noting that the severity of the disease especially on children and women makes it a priority for influencers like the first ladies.

In their communique, the wives of state governors promised to support the effort of the first lady to end TB in Nigeria and improve the health of women and children.

Tuberculosis is an infectious airborne disease that is transmitted when individuals inhale the bacteria expelled into the air by infected TB patients through coughing, sneezing or even talking. It is curable if detected early and treated properly. Unfortunately, 18 Nigerians including children still die every hour from this disease.