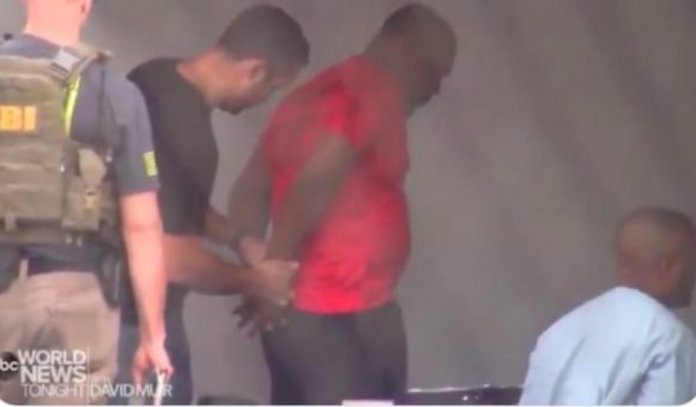 Four Nigerians are among 15 suspects charged in the United States for participating in an $18 million fraud scheme.

Noting that one defendant is in state custody and will be presented at a later date, it said 10 defendants remained at large.

The members of the conspiracy now move to the next stage which involves depositing money into these bank accounts that they obtained by defrauding victims.

In the third stage of the scheme, members of the conspiracy accessed the fraud proceeds by transferring the proceeds into other bank accounts or by withdrawing cash.

It added that to date, law enforcement had identified more than 100 fraudulent transactions in furtherance of the scheme, totaling more than $18 million.

Seven of them – Ogbuokiri, Hicks, Banks, Poole, Williams, Bartley, And Murray-Sesay – were also charged with aggravated identity theft, which carries a mandatory consecutive sentence of two years in prison.

Quoting U.S. Attorney Geoffrey S. Berman, the statement said: “As alleged, these defendants conspired to steal millions of dollars by stealing identities, opening fictitious bank accounts, and depositing stolen checks – or conning victims to wire funds – into those accounts. All told, as alleged, the scheme netted more than $18 million and victimized numerous individuals and businesses. Thanks to the combined efforts of our law enforcement partners, the game is up.”

NYPD Commissioner Dermot Shea said: “This case shows that as criminals move into the areas of cyber-related frauds, law enforcement is following. I want to thank the members of the NYPD’s Financial Crimes Task Force, working alongside our federal partners and prosecutors in the U.S. Attorney’s office, in the Southern District, for their success today in this important investigation.”

USPIS Inspector-in-Charge Philip R. Bartlett said: “This Case is an excellent example of interagency cooperation and collaboration. Those who choose to break the law will be swiftly brought to justice to answer for their crimes.”

USSS Assistant Special Agent-in-Charge Patrick Freaney said: “The success of this investigation illustrates the commitment of the U.S. Secret Service in working with our law enforcement partners to confront the continued threat of cyber enabled financial crimes. The Secret Service remains dedicated in actively pursuing those whose actions threaten the financial security of individuals, businesses, and the financial infrastructure of the United States.”

HSI Special Agent-in-Charge Peter C. Fitzhugh said: “As alleged in the criminal complaint, these 15 defendants used an elaborate bank and wire fraud scheme to steal over $18 million from victim. HSI New York will continue to work tirelessly to investigate criminals who target our citizens. Through our law enforcement partnerships, to include the NYPD, USPIS and USSS as well as the prosecutors at the U.S. Attorney’s Office, Southern District of New York, HSI will work to help maintain the integrity of our financial systems.”

Berman praised the outstanding work of the Financial Crimes Task Force of the NYPD and the USSS, the Mail Theft Team of the USPIS, and the Dark Web and Crypto Currency Group of HSI.

He also thanked the Washington Field Office of the USSS for its assistance in the apprehension of the defendants.

Assistant United States Attorney Alexander Li is in charge of the prosecution of the case which is being handled by the Office’s General Crimes Unit.