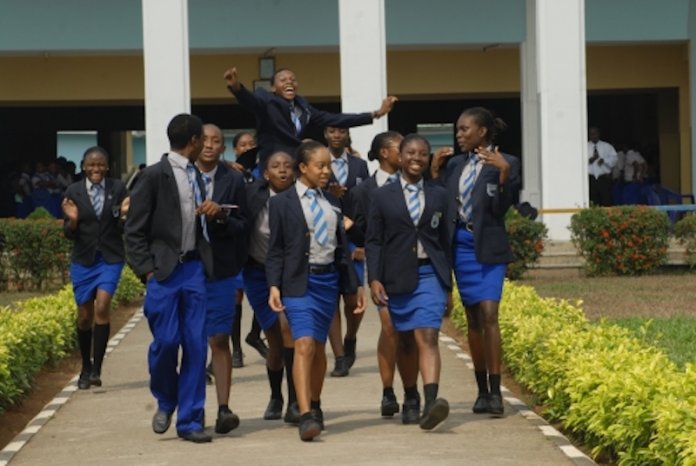 Adebowale, who emerged the best pupil, was selected from among 85 candidates that participated in a series of oral and written examination conducted in Lagos.

The Chairman of the school’s Educational Trust Council, Mr. Taiwo Taiwo said the scholarship will cover her tuition, boarding fees, school uniform, sportswear and other levies for the six years in which she remains a pupil of Atlantic Hall School.

“The scholarship, currently valued at N30 million, is Atlantic Hall’s annual contribution to lifting the circumstances of children from within our host communities,” he said.

Esther’s father, Mr. Adebowale, who hails from Igbooye in Eredo LCDA, thanked the school for its effort, saying: “My heart is full of so much gratitude, I do not know how to express it. With my humble circumstances, I could never have dreamt that my child would be going to this beautiful school. Now see what the school has done for us. My whole family rejoices and prays for Atlantic Hall.

Since the commencement of its scholarship programme in 2010, the school has contributed in excess of N80 million in annual scholarships, benefitting six less-privileged children, three of whom have since graduated and moved on to higher institutions.

The Principal of the school, Mr. Andrew Jedras who spoke at a recent prize-giving day ceremony, described the students’ performance at the International General Certificate of Secondary Education (IGCSE) and the West African Senior School Certificate Examination (WASSCE) as simply exceptional.

On the school’s determination to consolidate the track record of excellence it is known for, Jedras said: “We have aligned our strategic thinking, planning and direction to ensure that the education that students receive at Atlantic Hall reflects our transformative approach, one that is more than knowledge acquisition, but which has at its core, critical tools young people require to succeed in the 21st century.”

On the school’s successes in sports, he described sports as “the most participatory activity, epitome of hard work, commitment and dedication and a major part of life in the school. “In sports, Atlantic Hall has been able to record successes in various tournaments and competitions within and outside the country.