Chineme Okafor in Abuja
The Minister of State for Petroleum Resources, Mr. Timipre Sylva, has said Nigeria can generate enough clean electricity for its people and economy if it jointly develops its gas and renewable energy sectors.

Sylva, stated that renewable energy sources alone would not totally meet the energy demands of the country, but combining its offerings with that of gas would ensure a complementary clean energy output for the country.

Speaking through his Technical Adviser on Gas Business and Policy Implementation, Mr. Justice Derefaka, at the Power-2-Power Summit of the Society of Petroleum Engineers (SPE) Port Harcourt Section 103, the minister noted that rapid changes in energy production and use across the world demand responsible management of energy generation resources.

According to him, the shift away from fossil fuel-based energy sources meant that preference for renewable energy sources such as wind and solar were growing exponentially.

He noted that these clean energy sources could account for nearly 70 per cent of global electricity production by 2050 with the support of rapid decline in renewable energy costs, improvements in energy efficiency, widespread electrification, rising smart energy technologies and continual technological breakthroughs.

“Well-informed policy making all drive this shift, bringing a sustainable energy future within reach,” Sylva said, while claiming that renewable energy sources would need to be scaled up at least six times faster for Nigeria to meet up the goals set out in the Paris Climate Change Agreement.

According to him: “Sustainable development is a contested concept and varies with priorities attached to social, economic, and environmental goals. Hence, the one‐size‐fits‐all type of solution model needs to be widened, to speed up action in the short to medium term.

The minister stated that whilst Nigeria looked for a transition to renewable based clean energy systems for the future, it should equally consider that, “to get out of oil and gas, we need oil and gas.”
He noted that in a world of surging energy demand, Nigeria would need to mobilise its entire energy mix to avoid leaving millions of its citizens without energy.
“And in that mix, natural gas, as the cleanest burning fossil fuel, will play a prominent role in the decades to come,” he informed.

He also stated that Nigeria’s population has grown exponentially over the years to now place her seventh most populated country in the world in 2017, and with the potential to be third in 2050, and which case, the country would have to think of a holistic and pragmatic approach to provide energy for all of its people.

“A key question is whether the nation’s appetite for natural gas will keep pace with supplies? The answer is yes, because of economic growth in an emerging market like ours.

“Another question is, as a nation, will we invest in our gas-based industry and future and prepare for it judiciously – in a way that avoids unnecessary interruption? I will leave you to decide that.

“Like I said earlier, natural gas is an abundant, cleaner-burning fossil fuel, economic(al) to produce, scalable, and complementary to intermittent renewables. Natural gas is one of the few energy sources that can meet many energy needs: to generate electricity, heat homes, power industry, and fuel ships and trucks,” he said, while noting that its use has helped to reduce carbon production and improve air quality. 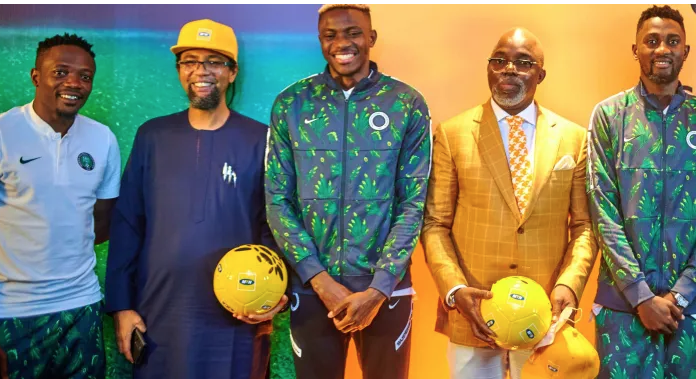